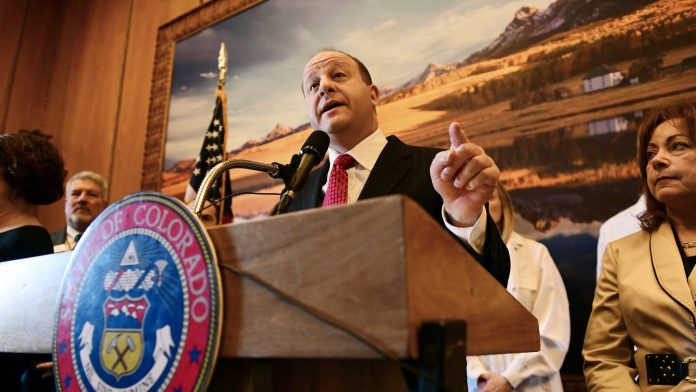 Gov. Jared Polis signed a bill repealing the death penalty into law on March 23, 2020. He simultaneously commuted the sentences of all three men on death row at the time to life in prison without parole.

Fort Collins Rep. Jeni Arndt, a Democrat, co-sponsored the state legislation to repeal the death penalty, which passed with support from most Democrats and opposition from most Republicans. The bill’s success came a year after the failure of another repeal effort, which Arndt also co-sponsored. Arndt said the bill found more support this year because it had bipartisan sponsorship from Sen. Jack Tate, a Republican.

More:Boulder shooting: How to help victims’ families, organizations supporting them

How often was the death penalty used in Colorado?

No one has been executed in the state since 1997, when convicted murderer and rapist Gary Lee Davis was killed by lethal injection.

James Holmes, who killed 12 people in a mass shooting in an Aurora movie theater in 2012, was sentenced to life without the possibility of parole in 2015 despite prosecutors seeking the death penalty in the case. It was one of the most recent death penalty cases in Colorado.

All three of the men who had been on Colorado’s death row are Black men who were sentenced in the 18th Judicial District, which covers Aurora, Littleton, Castle Rock and a wide region southeast of Denver. One of the men was sentenced to death for a 1993 shooting that left three dead at an Aurora Chuck E. Cheese. The other two men were sentenced to death for the 2005 murders of an engaged couple in Aurora. The victims, Javad Marshall-Fields and his fiancee, Vivian Wolfe, were both Colorado State University graduates.

Editor’s note: This story was originally published in March 2020.