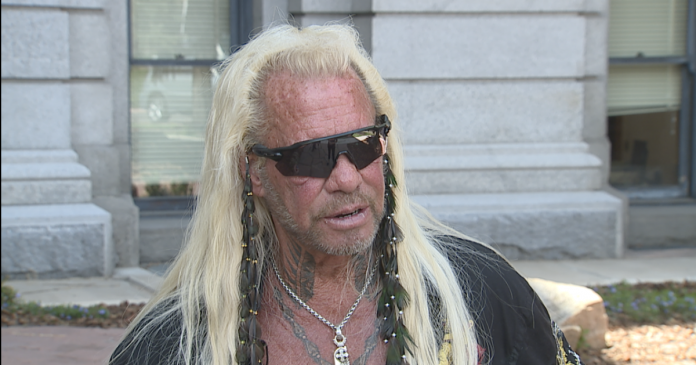 DENVER — One of the most talked about bills of the 2021 legislative session is now gaining the attention of a television celebrity.

Duane Chapman, better known as Dog the Bounty Hunter, is speaking out in opposition of Senate Bill 62 because he believes it will help criminals.

Chapman has been a bounty hunter for more than 40 years, making several high-profile arrests and starring in a series of reality TV shows that followed his bounty hunting career. He’s also an author and a frequent guest on talk shows.

Senate Bill 62 would continue some of the practices law enforcement agencies across the state have implemented during the COVID-19 pandemic to reduce jail populations.

First, the bill would prohibit peace officers from arresting someone who commits low-level crimes, including certain misdemeanor and felony charges. Instead of arresting the suspect, the officer would instead issue a court summons.

The second portion of the bill restricts the types of bonds courts can offer to these defendants. Instead of issuing a surety bond, also known as a cash bond, courts would be required to issue personal recognizance (PR) bonds for people suspected of committing these offenses.

By doing this, more people would be able to be released from jail while awaiting their trial date.

Chapman offered deep criticisms for the bill, saying he believes it’s aimed at saving money rather than protecting victims.

“The only reason they would introduce a bill like this is maybe they haven’t been a victim of a crime because that’s what it does is really hurt the victims,” Chapman said.

Under the current version of the bill, someone suspected of auto theft would be issued a court summons instead of being arrested.

“It will cost you more to bond your car out [of the impound lot] than it does under this bill for the defendant to spend to get out of jail because he gets out for free,” Chapman said. “Letting them go for free, absolutely free, is not going to deter crime. It’s not a deterrent.”

One portion of the bill Chapman said he is worried about in particular would allow defendants to fail to appear in court three times before the judge would be allowed to issue a cash bond in the case.

“It’s going to clog the court system up, and that’s what it’s done across the country,” he said.

The bill passed its first committee test in early March but has not been brought up again since.

The bill’s co-sponsors are considering a series of amendments that would remove auto theft and class 4 felonies from the court summons provision, expand the summons exemption to include deadly weapons and lower the number of times a defendant is allowed to fail to appear from three to two before being issued a cash bond.

Still, Chapman and the bill’s opponents are calling for the bill to be killed and seriously reworked.

“Dropping it from three to two is still two times letting them go for free. As a victim, you want the person to go to jail,” he said. “Please, take it from me and over 40 years experience, this bill is not good, especially for the victims.”

He agrees that defendants should not be held on $100 bonds, but believes judges should try to address that topic for themselves.

Others disagree and believe the bill is an important step to reducing jail populations.