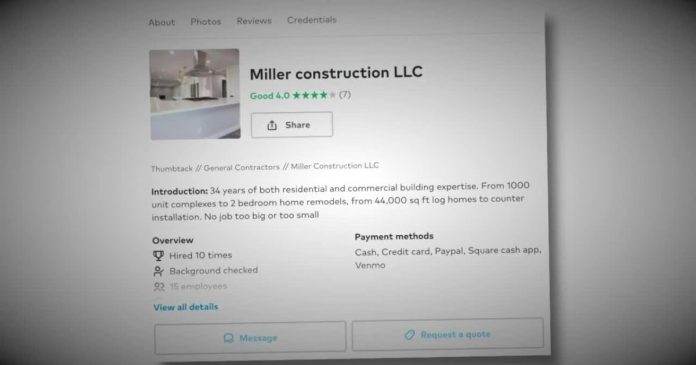 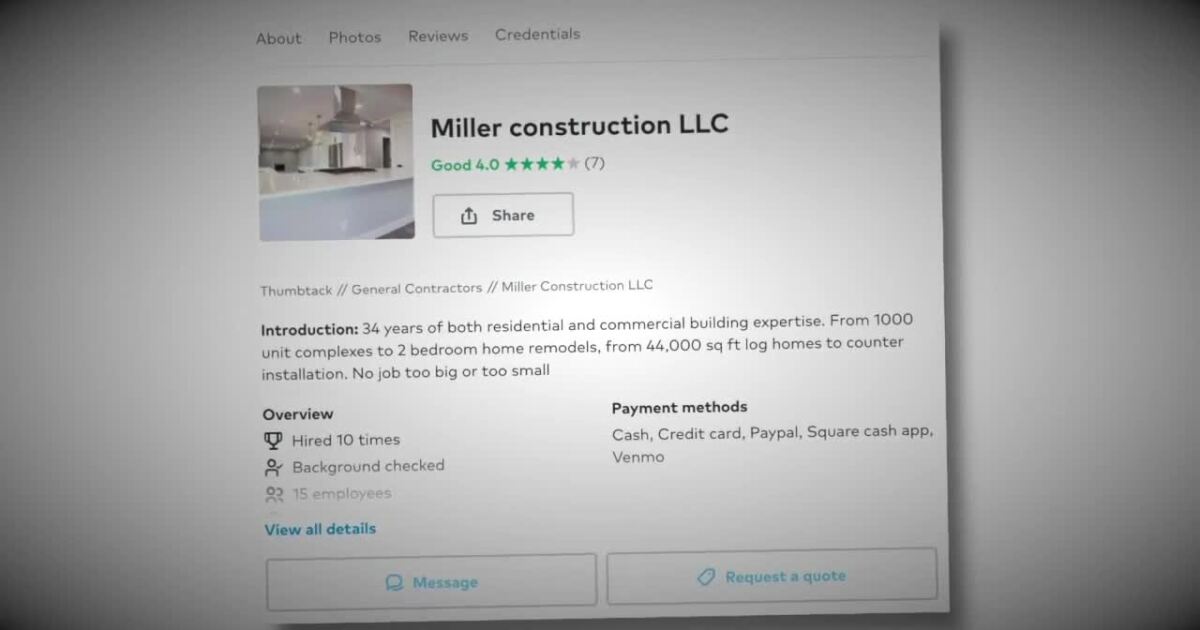 PARKER, Colo. — Contractor or Con Artist? Denver7 is investigating a local construction company owner accused of fraud. A Douglas County family paid Dave Miller their life savings, but instead got a life lesson that is now part of a criminal investigation.

Living in a construction one was supposed to only be temporary for Mike and Brenda Wagner.

“Now, it feels like it’s never going to get done,” said Brenda Wagner, giving a tour of the addition that was started, but never finished. “It’s just impossible.”

Back in December 2019, they searched the contractor-matching site Thumbtack and found Miller Construction, which had a good rating and positive reviews. After interviewing multiple contractors, they hired Dave Miller and signed a contract to build an addition to the home they are now sharing with aging parents.

“Right now, seven of us are living in this tiny house,” said Brenda Wagner. “We need more space, but we were on a tight budget — only the money we made from selling our house in Castle Rock.”

At every turn, though, the Wagners said Miller kept asking for more money. They paid everything they had, and then some — more than $180,000.

Brenda Wagner said she felt very vulnerable after the death of her father, and believes Miller took advantage of her grief.

Meanwhile, John Reynolds also started working with Miller as a building designer in 2019 through most of 2020.

“Every one of the jobs that we got working together on he got fired from,” said Reynolds. “He’s basically a used car salesman posing as a contractor.”

Reynolds said he saw a disturbing trend with clients: Miller started a project, got paid and then ghosted.

“He basically defrauded every single one of them,” said Reynolds, who believes Miller has already spent his client’s money and Reynolds’s money as well. “He also owes me just under $50,000. I want him to be prosecuted.”

On the Better Business Bureau website, Miller Construction has an F rating, with similar complaints.

“It’s basically taking on work and then not completing it,” said Ezra Coopersmith, who said complaints indicate Miller also operates under the business names MPR Builders, Warren Miller LLC and others.

“Sometimes, among untrustworthy businesses, you see this pattern where they’ll use one name for a little while, and they’ll maybe change the name. They might, like, enlist the spouse or family member to register another company name.”

On the phone, Dave Miller promised that he would talk, but hung up when asked about his BBB rating and never returned our calls.

The Wagners at first thought they were alone, but a call from a Douglas County detective revealed that there was more to the story.

“He asked, ‘Are you having problems with Miller Construction?’ And we said yes. He says, ‘I would like to meet with you tomorrow.’ We think we have been scammed and others have, too.”

Their money spent, the Wagners are now trying to clean up the mess themselves, hoping that one day they will be able to finish the addition for their family.