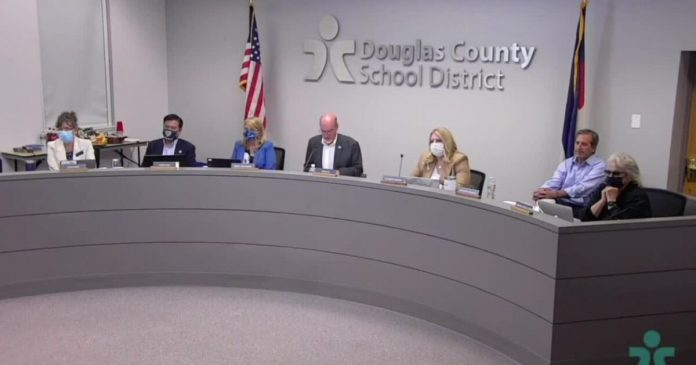 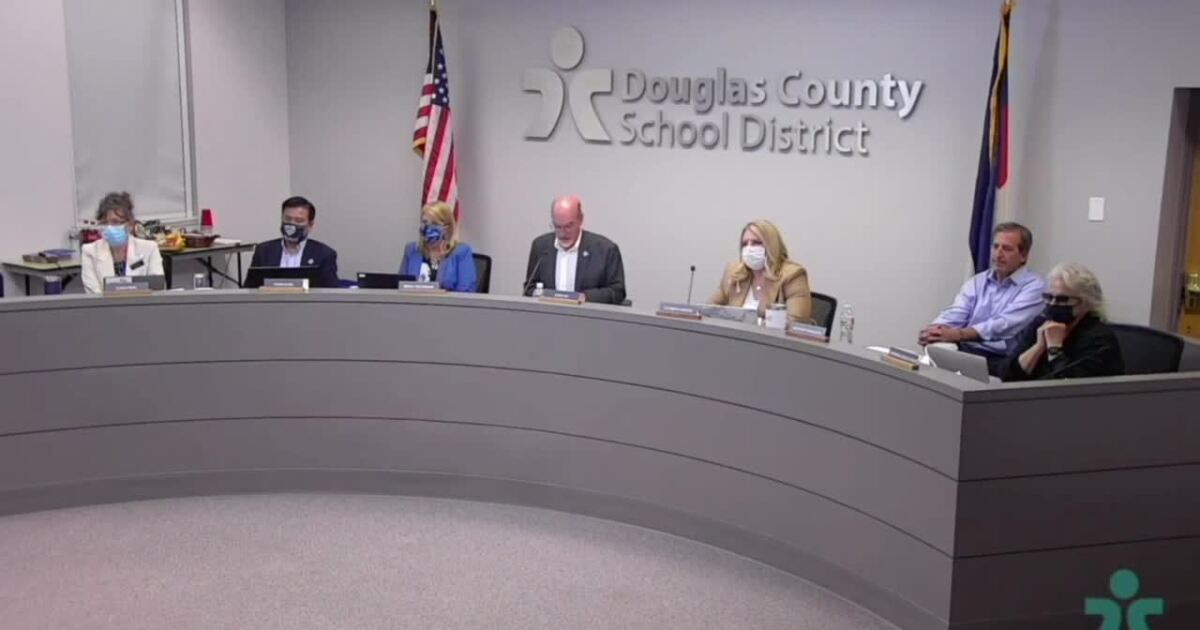 The Douglas County School District (DCSD) has issued a new policy for conduct at school board meetings, citing a need to maintain a “non-threatening” and “productive” environment.

Among other things, the DCSD Board of Education Meeting Safety and Security Protocols prohibit tailgating outside of meetings, signs or banners that disrupt or block viewing, and offensive utterances or gestures.

Those who violate the policy will be denied entry or asked to leave, and may be subject to district, criminal or civil penalties.

DCSD Spokesperson Paula Hans said the district sent the new policy and an explanation to individuals who signed up to speak at Tuesday’s school board meeting.

The explanation states: “In an effort to maintain decorum and create a non-threatening environment for all of our guests, DCSD is implementing the attached Board of Education Safety and Security protocols. Thank you for your efforts to uphold these expectations so that a peaceful and productive environment for everyone present for Board of Education meetings can be maintained.”

Since the beginning of the school year, the Douglas County School District’s mask requirement has led to heated arguments at school board meetings and other public forums. On Monday, a federal judge extended a temporary restraining order that will keep the mask mandate in place for at least another two weeks.

This month, a majority of voters in the district elected four new school board members who oppose mask mandates. Those members will be sworn in at the end of the month.