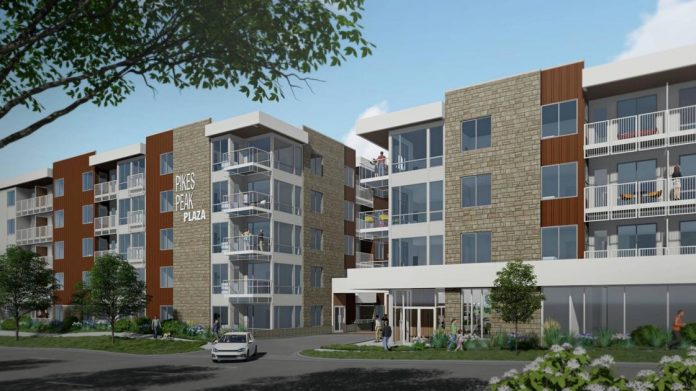 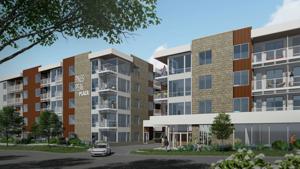 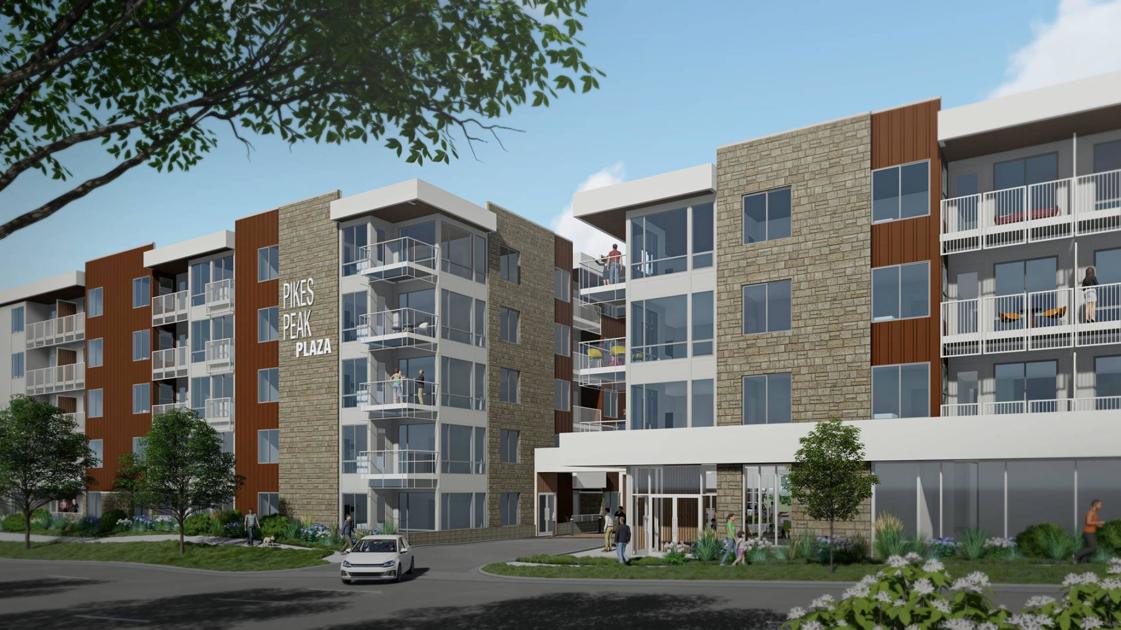 Downtown Colorado Springs boosters who’ve clamored for more housing are getting their wish.

Several hundred new residential units have been proposed for downtown over the next three years in what would be one of the more significant waves of new housing in the area in decades, though some projects still are on the drawing board and others must line up their financing.

Young professionals and even some older residents are saying no thanks to a house in the burbs and instead are embracing a maintenance-free, urban lifestyle. They want to walk and bike to restaurants, stores, entertainment venues and recreational areas, and not worry about mowing the lawn, pulling weeds or shoveling snow.

Gary Winegar, investment services president for Griffis/Blessing, the Springs multifamily investment and management company that’s partnered with local developer Nor’wood Development Group on two downtown apartment projects, said the firms spent a lot of time researching downtown’s demographics and trends. The data showed a strong desire for downtown living, along with a shortage of housing in the area, he said.

“There’s a lot of people, younger people in particular, but even people who are empty nesters, who want to be downtown for the restaurants, the things that are going on downtown,” Winegar said. “We’re not Denver, but it’s obvious there was some pent-up demand for people who did want to be downtown and enjoy that lifestyle.”

In downtown Denver, urban living has flourished since the late 1980s and early ’90s, accelerated by the opening of the Coors Field baseball stadium in 1995 that helped attract scores of residential and commercial projects.

Over the last 30 years, however, downtown Colorado Springs has seen only handfuls of residential development. Among them: upper floors of a few buildings remodeled into lofts; a senior housing center converted into lofts and condominiums; and apartments, lofts, townhomes and senior units constructed as part of an urban renewal project around the former Lowell Elementary School.

Now, the desire to live an urban lifestyle has increasingly spurred new housing proposals by developers who also are attracted by the U.S. Olympic and Paralympic Museum and other high-profile projects in downtown Colorado Springs.

Nor’wood and Griffis/Blessing developed the six-story, 171-unit 333 ECO apartments at Colorado and Wahsatch avenues that opened in 2018. The companies are completing the six-story 177-unit Mae on Cascade apartments on South Cascade Avenue. Named for famed Colorado Springs jazz club owner and businesswoman Fannie Mae Duncan, The Mae is targeted to open in August.

In March, Nicklasson opened her 27-unit Casa Mundi apartments on South Tejon Street; it followed the 33-unit Blue Dot Place that she co-developed and opened in 2016 on South Nevada Avenue.

New projects in the pipeline include:

• Remodeling of the upper floors of the Pueblo Bank & Trust building, southeast of Pikes Peak and Wahsatch avenues, into residential condominiums. The project, which could yield eight to 10 units depending on their size, is being developed by Springs businessman Rich Guy. The first units could be available in July.

• A 154-unit, two-building apartment project northwest of Vermijo and Wahsatch avenues planned by Nor’wood, which could begin construction this year and open in 2022.

• An 81-unit apartment building southwest of Cimarron and Weber streets proposed by TransEquity Development, a Scottsdale, Ariz., company. Construction could begin in the first quarter of 2021 with completion in the third quarter of 2022.

• The 217-unit Pikes Peak Plaza apartments northwest of of Pikes Peak Avenue and Prospect Street, planned by Denver developer Taylor Turano in partnership with longtime Springs developer Jeff Dunn and son Ryan Dunn of Denver. They hope to break ground this year and open their first units in 2022.

• A 200-unit apartment project southwest of Cimarron and Sahwatch streets planned by Weidner Apartment Homes of suburban Seattle. The apartments, to be built on the south end of a multiuse stadium under construction at the site, could open in 2022 and would be the first of several Weidner projects in the area, company officials have said.

• The 187-unit Parkside multifamily housing development along the east edge of America the Beautiful Park — a mix of apartments, condominiums and townhomes planned by Nor’wood. Groundbreaking could take place in the beginning of 2021 at the earliest.

The lure of downtown

Downtown’s workforce, for example, has about 26,000 daytime employees, with half working in professional trades and earning an average salary of just over $62,000, Armani-Munn said, citing numbers released this month in the Downtown Partnership’s State of Downtown report.

Some of those wage earners are possible candidates for new downtown apartment projects, he said.

At the same time, the 80903 ZIP code that covers downtown includes an estimated 3,800 millennials, which is a 16% higher density rate than other similar-sized areas nationally. And many of those young people embrace the urban lifestyle, he said.

Downtown’s designation as a federal opportunity zone, meanwhile, also has been a major draw, Armani-Munn said. The state-designated distressed areas offer tax breaks to investors who fund projects inside the zones’ boundaries.

“Because we have such strong market fundamentals and development fundamentals in downtown right now, developers, not just locally, not just the Nor’woods and the usual players, but a lot of folks from out of town, especially folks who want to leverage opportunity zone incentives, are especially interested in our market,” Armani-Munn said.

Downtown’s opportunity zone status was one factor that attracted TransEquity Development, the Arizona company that’s proposed the apartment building at Cimarron and Weber, said owner and CEO Dennis Hoth. He envisions a six-story project, with two levels of parking and four levels of studio, one- and two-bedroom apartments all renting for market-rate prices.

His development group has created an opportunity zone fund designed to attract investors, Hoth said. The COVID-19 pandemic, however, has slowed the amount of money that some investors are putting up for projects like his, he said. Nevertheless, Hoth said he expects such investments to return over the next few months.

Downtown Colorado Springs’ numerous restaurants, bars and the like, and its proximity to the mountains also are attractive, Hoth said. He’s also bullish on what he calls the city’s diverse economy — including military and defense-related businesses, technology jobs, the growth of the University of Colorado at Colorado Springs and the addition of a new Amazon fulfillment center near the Colorado Springs Airport.

Hoth also was impressed by the addition of the Olympic Museum, expected to open this summer, and the multiuse stadium that’s under construction and scheduled to open in 2021. Community leaders and local business people are counting on those projects to help spur redevelopment of downtown’s southwest side.

“It just shows a developer from out of state, like us, how committed the city is,” Hoth said. “It’s also great to see strong local developers take an interest in downtown.”

Pricey? Perhaps; the average rent in the Springs was around $1,220 in the first quarter. Regardless of ECO’s rents, the property is 94% to 95% occupied, said Winegar, of Griffis/Blessing.

The Mae on Cascade will take ECO’s apartment styles and amenities to the next level, said Jeff Finn, a Nor’wood vice president.

The Mae has 43 floor plans, ranging from a 400-square-foot studio, to a mix of one- and two-bedroom units, to a three-bedroom, three-bathroom apartment with its own laundry room, according to the project’s website. There also are 10, two-story penthouse units, half of which have their own private rooftop terrace that overlook different parts of the city, Finn said.

Among The Mae’s amenities are a 750-square-foot rooftop space — with Wi-Fi access and an outdoor TV — that can be used for private gatherings; a year-round outdoor pool area that’s 25% larger than the one at ECO, along with a hot tub and a green space for corn hole and other games; a fitness center; several deluxe common areas and meeting spaces; a clubhouse; pet spa and indoor dog run with artificial turf and, yes, a fire hydrant; a bike repair room and bike storage; and concierge services.

Will renters pay it? Finn predicts they will. At the onset of the COVID-19 pandemic a few months ago, Nor’wood and Griffis/Blessing had 140 people on an interest list for The Mae, he said. Almost two weeks ago, the number of potential renters on that same list stood at 250.

“We continue to lease units over at ECO that are in a similar price point, even through all this (economic downturn),” Finn said. “We do believe that we are definitely testing an area of the market that doesn’t really exist and it’s certainly for choice renters. … Even on our interest list, there are people that are very interested in those top-floor units and they’re not deterred by the price.”

Not every new project coming to downtown will be so expensive, however.

Some developers, including those who’ve had success with high-end projects, are recognizing the need for so-called workforce housing — less expensive residences with fewer bells and whistles that would accommodate lower-paid restaurant, bar and office workers and even college students, said Armani-Munn of the Downtown Partnership.

That’s what Nor’wood has in mind for its 154-unit apartment project planned at Vermijo and Wahsatch — a more attainable housing project whose lower rents, still to be determined, will stand in contrast to the ECO and Mae, Finn said. Its one- and two-bedroom units also will be smaller, while some of the project’s studio apartments will check in at around 350 square feet — which is about the average size of a hotel room, according to some national news media stories.

“They’re really designed for people who just, they actually live their life out in the coffee shops and on trails and the urban spaces, and just need a place to cook a small meal and sleep and recharge for the next day,” Finn said of those studio units.

Nor’wood plans to save money with a more basic approach to construction and design, Finn said. While The Mae has 43 floor plans, the Vermijo-and-Wahsatch project will only have seven or eight. Portions of bathrooms and kitchens will be the same or similar from unit to unit.

“There needs to be housing for all downtown, not just the folks that are at the top-income earning brackets,” Finn said.