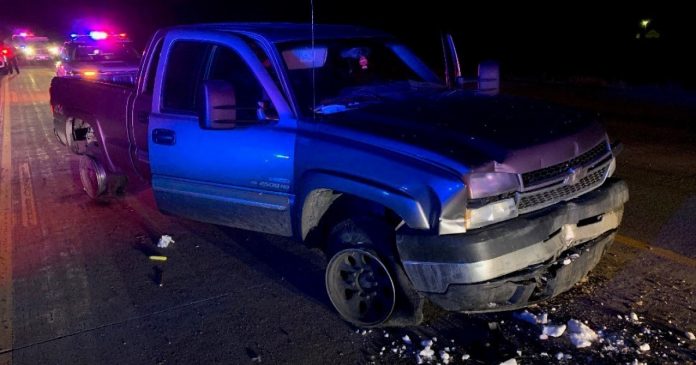 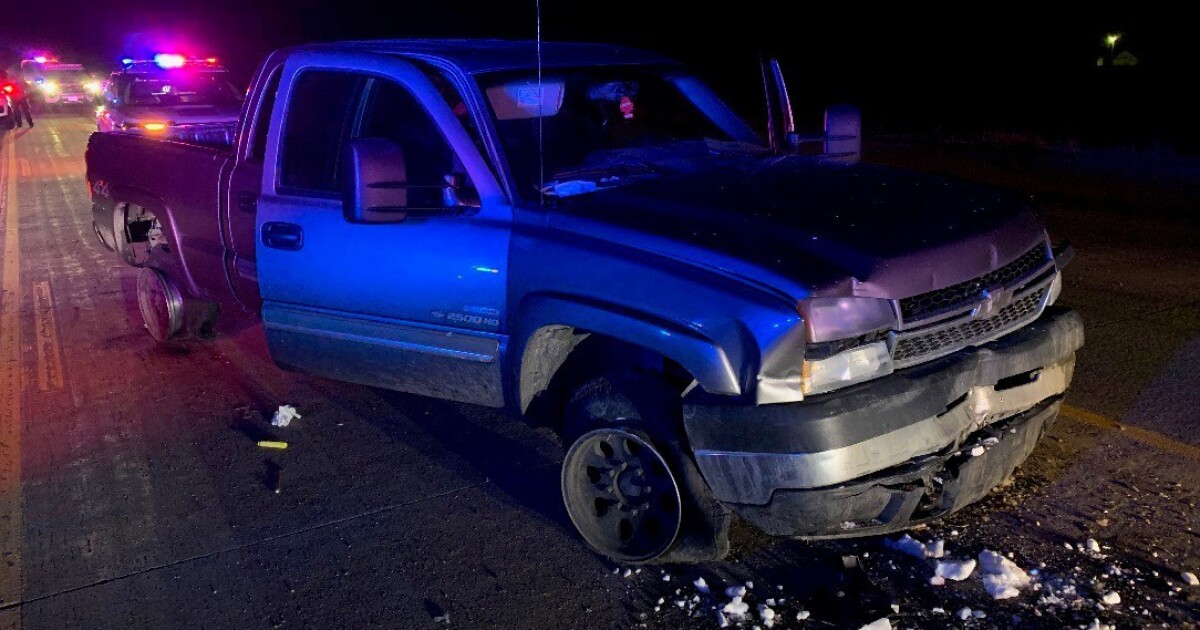 BOULDER COUNTY, Colo. — A 28-year-old Loveland woman is in custody Friday after fleeing from authorities in a truck allegedly stolen at gunpoint out of Lakewood.

At 12:25 a.m. Friday, a deputy with the Boulder County Sheriff’s Office attempted to stop a gray Chevy pick-up truck near 95th Street and Niwot Road in unincorporated Boulder County, according to the sheriff’s office. The truck had been reported as stolen — allegedly at gunpoint on Thursday morning in Lakewood — according to the Lakewood Police Department. On Thursday evening, Westminster police attempted to stop the vehicle after spotting it, but the driver eluded the police.

The driver did not stop for the Boulder County deputy early Friday morning.

Troopers with Colorado State Patrol and officers with the Longmont Police Department joined the pursuit, reaching speeds of 80 mph, according to the sheriff’s office.

Once the truck stopped the driver fled on foot eastbound through a field.

Deputies and police officers followed and were able to catch the driver and take her into custody.

She was identified as 28-year-old D’kota Joann Loraine Haley of Loveland. She was transported to a hospital to treat minor cuts from a barbed wire fence before she was brought to the Boulder County Jail.

She was arrested on charges of felony eluding, reckless driving, reckless endangerment, revoked driver’s license, criminal mischief, possession of a controlled substance and four outstanding warrants for her arrest.

According to court records, Haley bonded out of the Douglas County Jail on Wednesday. She was being held for a prior pursuit in Larimer County on Dec. 3 and was facing charges of vehicle eluding, aggravated motor vehicle theft, violation of bail bond conditions, reckless driving, driving under restraint (alcohol-related) in connection to that case.