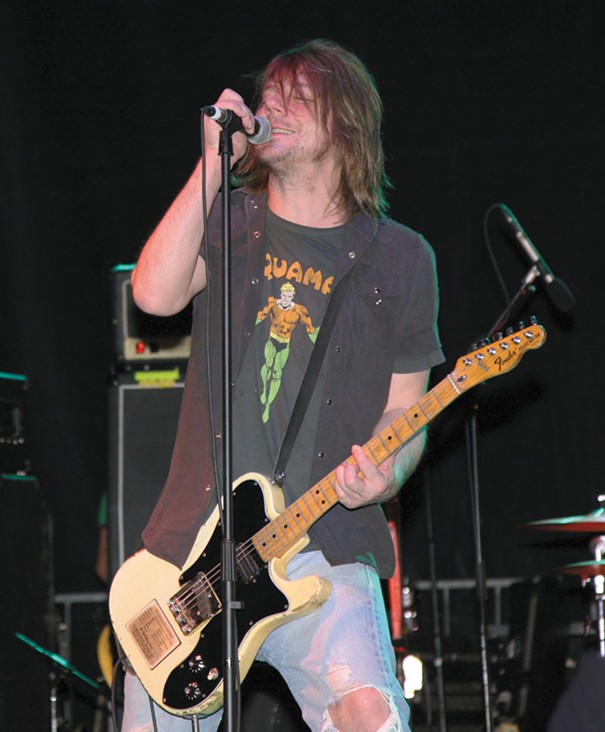 It’s not often that you hear of a musical project hailing from Denver, Valparaíso and London simultaneously, but such is the case for the experimental folk trio Kiltro, who will grace the stage at Lulu’s Downstairs on Saturday, Dec. 21, with Denver’s Nina de Freitas in support.

Kiltro centers on the songwriting of Chilean American frontman Chris Bowers Castillo, who conceived of it as a solo project while in the port city of Valparaíso. Castillo’s writing, which counts Latin American folk artists such as Atahualpa Yupanqui, Inti-Illimani and the great Victor Jara as influences, has already caught critical notice, with NPR highlighting the Kiltro single “The Hustle” shortly after its release.

Kiltro’s debut LP, Creatures of the Night, was released earlier in the year and features bassist/guitarist Will Parkhill and percussionist Michael Devincenzi rounding out the band’s sound. The nine-track effort is a wonderfully engaging listen and a thoroughly impressive introduction to the group. The electronic elements of their sound create a haunting ambience that both contrasts with and complements Kiltro’s folk influences very effectively, allowing their more traditional influences to exist in a space that feels both reverent and wholly contemporary — and most importantly, completely creative and engrossing.

Tracks like “Curicó” and “Mi Capitán” harness this approach in a striking manner, casting a dreamy backdrop behind their driving rhythms. The understated ballad “Julia” is lovely in its aura of melancholy, and the more uptempo “Lovers” offers a lush soundscape of organic psychedelia before retreating into a slinky, hypnotic groove.

Corelli, a baroque-era Italian composer and violinist whose works were pioneering in developing the sonata and concerto forms and modern systems of tonality (and, indeed, the violin itself becoming established as a predominant instrument), is probably best known today for his collection of 12 concerti, which were published posthumously in 1714. Within that collection, No. 8 is certainly the best-known, popularly known as… you guessed it, our Christmas Concerto. While Corelli was a trailblazer for the emergent concerto form, the Christmas Concerto remains an interesting listen to modern ears partially for the ways it subverts that very form with its rapid changes in tempo, but more broadly, it remains a favorite because it is positively sublime composition, particularly the serene, concluding Pastorale movement.

The Messiah, of course, is a glorious work that needs little introduction, given its ubiquity — especially the “Hallelujah” chorus that you now hear used as a punchline in films, advertisements and the like. Ooh, don’t we love to see it, folks? I think it’s even common knowledge that Handel wrote the oratorio to be performed for Easter rather than Advent, but given the work’s vivacious spirit and majesty, it’s unsurprising that it is now a Christmas season favorite. Not much more needs to be said about it; just go and enjoy.

Finally, here’s a Christmas miracle for the college rock/alt-rock/grunge generation: Tickets are now available for the Feb. 29 Sunshine Studios stop of Soul Asylum and Local H.
Soul Asylum, formed in Minneapolis in 1983 and consistently led by frontman Dave Pirner, are a classic “cult band who hit the big time,” impressing critics and peers as a fiery underground act throughout the ’80s, releasing albums under the hometown Twin/Tone label and earning production support from the likes of Hüsker Dü’s Bob Mould. Their sixth LP, however, 1993’s Grave Dancers Union, was where the band captured a national audience… in the form of a triple-Platinum smash hit. The album’s third single “Runaway Train” earned them a Grammy for best rock song of the year.

Local H, meanwhile, is a bit of an overlooked gem of the era, even though their 1996 single “Bound for the Floor” made some commercial noise. Led by singer/guitarist Scott Lucas, Local H has functioned as a duo for most of their career, pairing Lucas with drummers Joe Daniels, Brian St. Clair and, currently, Ryan Harding. Their LPs As Good as Dead and Pack Up the Cats are, to my mind, auteur rock masterpieces, and their latest effort, 2015’s Hey, Killer, shows that Lucas hasn’t missed a step along the way.