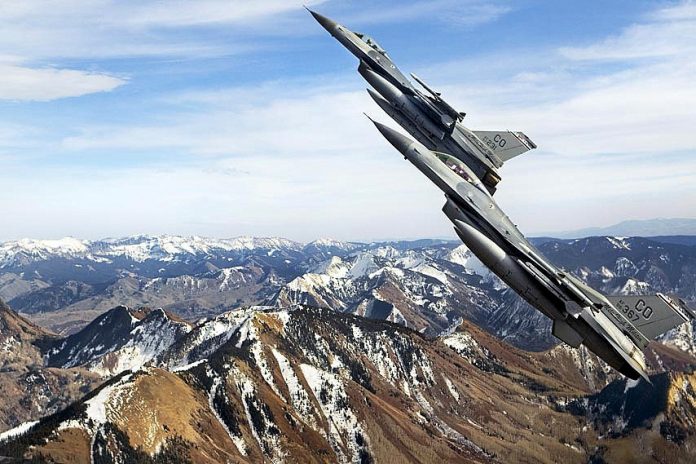 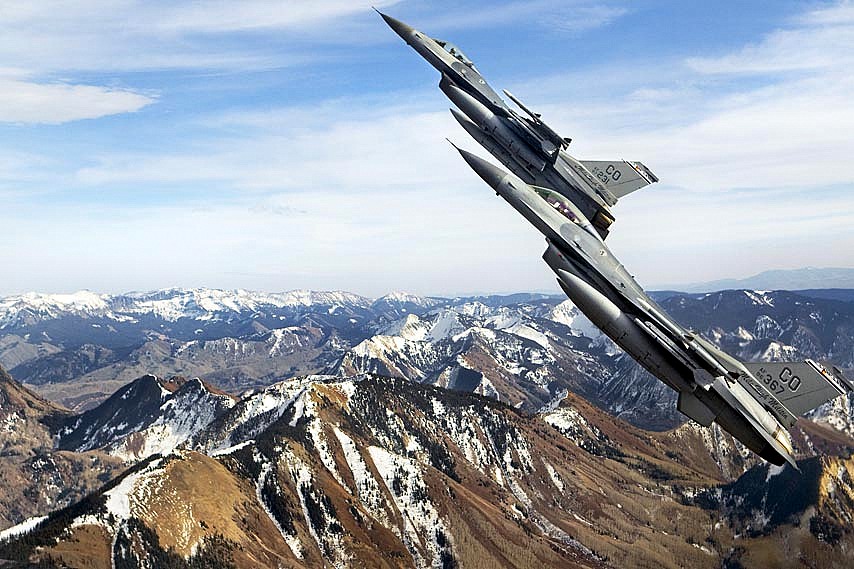 Colorado Air National Guard F-16 fighters will zigzag across Colorado on Wednesday afternoon in a thunderous salute to front-line workers in the fight against the coronavirus.

The jets will start at Buckley Air Force Base in Aurora and fly over several cities between 4:30 and 6 p.m., according to a press release from the National Guard.

The F-16s are expected to arrive over Fort Collins at 4:38 p.m., head south to Loveland and then turn west toward Estes Park by 4:42 p.m.

After flying over Estes Park’s hospital, the jets will head to Vail, Aspen, Breckenridge and Winter Park before returning to the Front Range for flyovers above Longmont, Boulder and Denver.

The jets are expected to arrive over Boulder County by 5:10 p.m., with their course set to pass over Longmont United Hospital and Long’s Peak Hospital in Longmont, Boulder Community Health Foothill’s Hospital and Boulder Manor in Boulder, Centura Health’s Avista Adventist Hospital in Louisville and Good Samaritan Hospital in Lafayette before moving over north Broomfield to salute Children’s Hospital Colorado North Campus.

The squadron will continue south to fly over Denver, Colorado Springs and Pueblo before returning to the air force base.

“As part of Operation American Resolve, Air Force units around the country are conducting flyovers in an effort to boost morale during this time of severe health and economic impacts resulting from the pandemic,” the release said.

“We are really excited to show our appreciation for those men and women who are risking their lives every day in the front lines of the War on COVID-19,” Air Force Col. Micah Fesler, commander of the 140th Wing of the Colorado Air National Guard, said in the release.

“We hope that when our fellow citizens hear the jets fly over, they will know that we remain strong as a nation and we will get through this as one team,” Fesler said. “We are proud to serve alongside the first responders and essential personnel who are fighting the COVID-19 battle here in our state and we salute their service.”