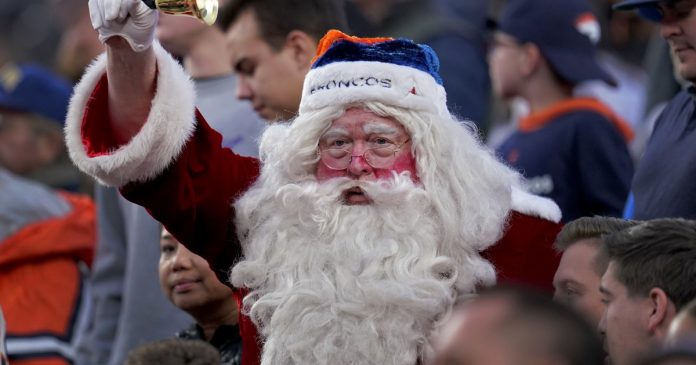 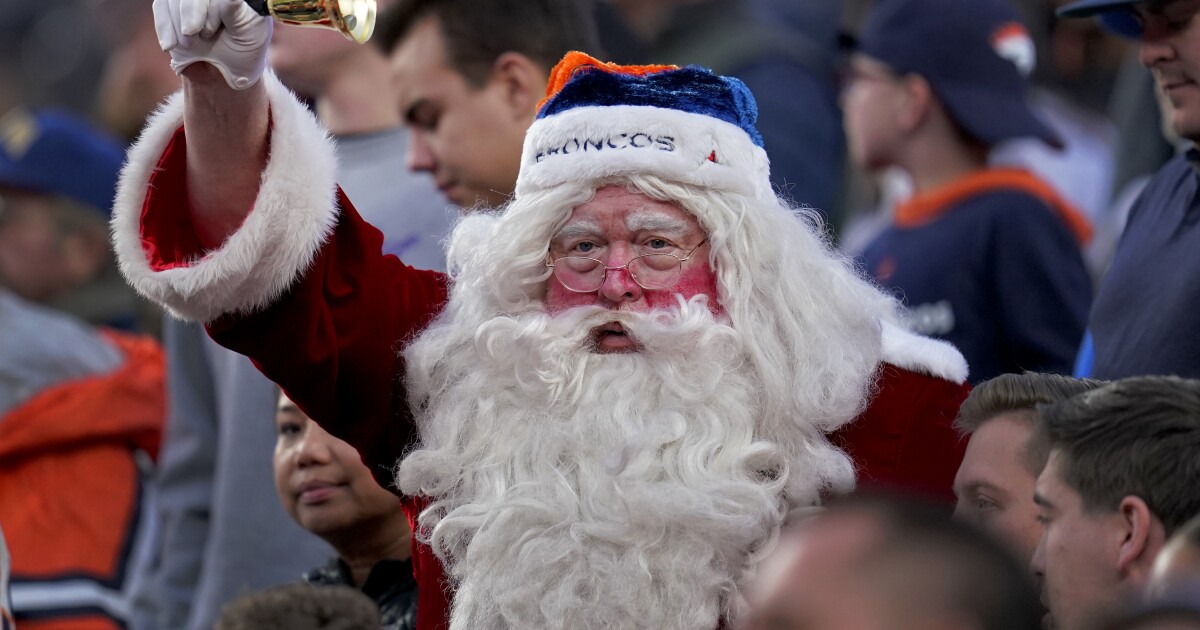 ENGLEWOOD, Colo. — When the Broncos scrimmaged Saturday, the oddities assaulted the common senses.

Coaches, players, noise were present. Fans were not. The Broncos without any smiling and yelling faces? It’s akin to eggs without bacon or Tacos without Tuesday. They belong together as evidence of their active sellout streak that started in the first week of the 1970 season.

While no fans are permitted when the season opens on Sept. 14 against the Titans as a concession to the COVID-19 pandemic, they will be there in spirit. And durable cardboard.

Monday, the Broncos offered fans an opportunity to purchase cutouts to be placed in Empower Field at Mile High for $100 at www.DenverBroncos.com/cutouts. The proceeds will go to charity, and provide a sprinkle of reality in the cavernous stadium.

Interest boomed Monday with a chance to become a face in the crowd, temporarily crashing the link.

“We waited for as long as we possibly could in hopes of having fans in the stands. But, the representation of fans had to happen somehow. We thought this would be a cool, fun way to do it,” Broncos senior marketing manager Marisol Villagomez told Denver7. “It’s a sign of the times. Without them physically there, we hope that these cutouts will bring some laughter and joy when the players come out of the the tunnels.”

The Broncos set 2,000 as the maximum for cutouts, a number that would permit them to stay as potential barriers for social distancing if actual spectators are permitted this season. The cutouts will be placed strategically in the stands behind the end zones. Those locations receive a healthy amount of television time, especially on scoring drives. The south stands fans have a well-earned reputation for rowdiness, leaving Villagomez to advise, “When taking the selfie, make sure you definitely bring that passion with what you are wearing.”

There will be some special wrinkles. Between the 30-yard lines, cutouts of frontline workers will be featured as part of the 2,000 total. The Broncos’ partners from UCHealth, Children’s Hospital and King Soopers will provide names for this recognition. There will also be cutouts of the team’s Hall of Famers, Ring of Famers, cheerleaders and Miles the Mascot.

The Broncos are following in Major League Baseball’s footsteps with the cutouts. That means we could see pictures of pets or a family member or friend memorialized. The Broncos consulted with 12 MLB teams before deciding on a plan. They discovered that using a durable material remains critical — the simple cardboard cutouts cannot withstand the rain, let alone snow — and were told to avoid shiny glare in the finish that could affect a player’s vision.

There are rules, of course. Nothing lewd, nothing vilifying another team, and nothing political.

The Broncos are using an out-of-state vendor to process the orders, but will employ a local company, Fineline, to finish the printing. Fineline printed the Broncos GameDay magazine in past seasons, but the publication has been shifted online for now. To guarantee installation of a cutout for the season opener on Sept. 14, it must be purchased by Friday. Orders after that date will be processed for the Tampa Bay game on Sept. 27.

“Even though I can’t be there, I will be there. I am hoping the players see my orange and blue pigtails, and know that I am there,” said Brannon. “A lot of my friends were super excited to jump on the bandwagon as well. It’s a neat way to be part of it. I know if I see my cutout on TV, I will be screaming.”

Michael McQuaid follows the Broncos from Ireland. He seized the opportunity to become a face in the crowd, even though he appeared dreary in his photo after a near sleepless night following the Colorado Avalanche’s playoff loss.

“It is an abnormal season, a season like no other. As we followed along, it became quite evident that we were not going to get over to a game this year. The cutouts give us a way to engage in a way to show support, and to help the charities the Broncos represent,” McQuaid said. “We can’t be there, but we can help make a difference. It’s going to be a 3:30 A.M. wakeup call for that season opener, but when they win by 40 points and my picture is up there by John Elway and Steve Atwater, it’s going to make it all worth it.”

The Broncos players realized the new wrinkles of 2020 during the scrimmage. Quarterback Drew Lock called it “weird and different” without fans. Coach Vic Fangio welcomed the cutouts as a way to enhance the gameday experience.

“I do think it adds to the look on TV. I’ve not been to anything live since it’s all happened, so I’ll see. I guess it looks good. Anything we can do to simulate it,” Fangio said. “The one thing that I came out of Saturday’s practice with is we’re in a big-league stadium. The crowd noise kind of simulated noise that you get in a game. I thought it was kind of normal as much as it can be in an empty stadium. Nothing can replace the fans. I think the atmosphere will be fine. I think the football will be as well played as it can be under all the circumstances we’re dealing with. We’ll get through it.”

Bradley Chubb (sore left knee) did not practice as the Broncos ease his workload in hopes of getting him ready for the season opener. Chubb told Denver7 that the team is “just being smart.” However, it is a concern that his surgically-repaired left knee required ice and didn’t feel right after Saturday’s brief test. “I think he’s where we kind of thought he would be. We never said he was 100% yet, at least I never did. I think what he’s going through is a natural progression in recovering from his injury. I’m still optimistic that he’ll be out there in the first week and playing well — probably not playing to the level he was pre-injury, but pretty damn close. We’ll see, but it’s going to be a work in progress,” Fangio said. …

Right guard Graham Glasgow will remain out a few days after spraining his ankle Saturday. Austin Schlottmann is starting in his place. …

Monday, linebacker Mark Barron practiced with the Broncos. He is playing catchup, but could carve out a niche role. “I would assume that they want me to help in some coverage aspects as far as covering tight ends and running backs. I’m taking this thing a day at a time. I have a whole defensive playbook to learn. It’s a lot,” Barron said.