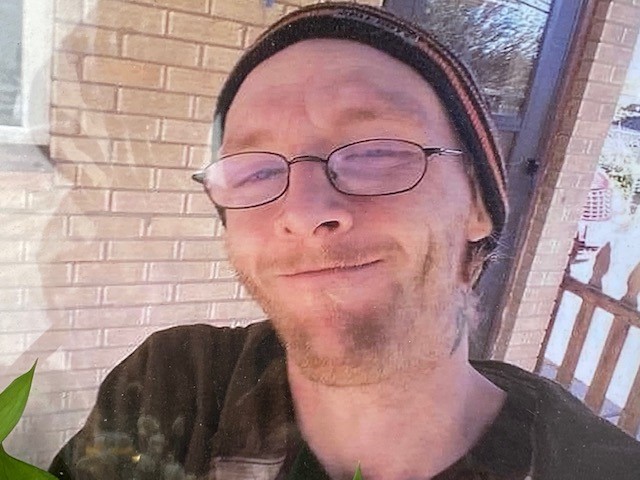 WESTMINSTER, Colo. — More than two dozen family members and friends gathered in Westminster Saturday, to honor a hit and run victim, who was struck and killed Tuesday night.

Chris Baker is being remembered as “everyone’s kids favorite uncle,” and someone who “just brightened up a room, no matter what.”

The 36 year old Denver man was walking west, across Federal Boulevard at West 70th Avenue, when a southbound vehicle hit him and kept going.

“What really hurts is that he didn’t stop,” said the victim’s brother, Robert Baker.

“I’m very upset,” said Nathan Vaskin, a close friend who said Baker was like a brother to him. “I work in traffic control and deal with traffic everyday. I see a lot of bad things, but for someone not to stop and leave my ‘brother’ in the road is very upsetting.”

“The family that he chose, is here, abundance in numbers and we are all going to miss him dearly,” said Kris Fellows.

After paying their respects at the roadside memorial, family and friends used candles and cell phone lights to honor a man who loved life, loved playing guitars and little kittens.

“He loved his kitties,” Fellows said.

Westminster Police tracked down the suspect, Erik Bryan Alvarenga, and arrested him for Vehicular Homicide, Failing to Remain at the Scene of an Accident and Hit & Run.

“It’s absolutely tragic, but predictable that yet another person has been killed while walking on Federal Boulevard,” said Jill Locantore, executive director of Denver Street Partnership, a community group advocating for people friendly streets.

Ashley Mathews can vouch for that.

She couldn’t believe the risks some people were taking Friday, when she came by to place flowers at the memorial.

“There was a truck doing donuts,” she said, “and a car that went by doing like a hundred.”

Locantore said the good news is that Westminster, Adams County and Federal Heights have agreed to study this stretch of roadway and how to make it safer.

She said the answer is getting more people out of their cars and into high capacity transit.

Locantore added that paint and bollards can be used to slow traffic down at intersections.

“This tragedy just underscores the urgency of moving very quickly from study to action because the more we delay, the more lives will be lost,” she said.

She said the Tuesday hit & run crash was the second fatal such crash on Federal this year. A pedestrian was killed January 15, while crossing South Federal near West Arkansas.

Baker’s brother said he’s has a suggestion, “just pay attention to what you’re doing and slow down.”