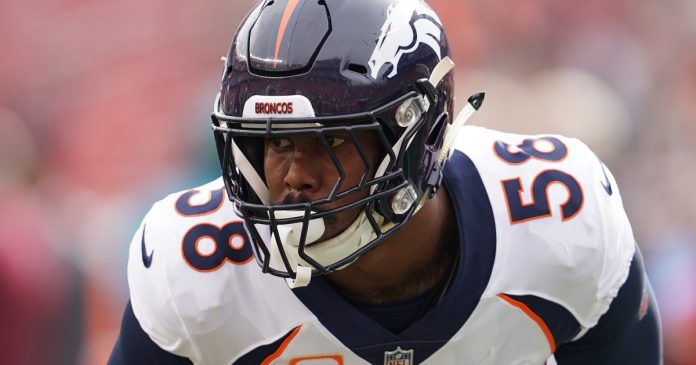 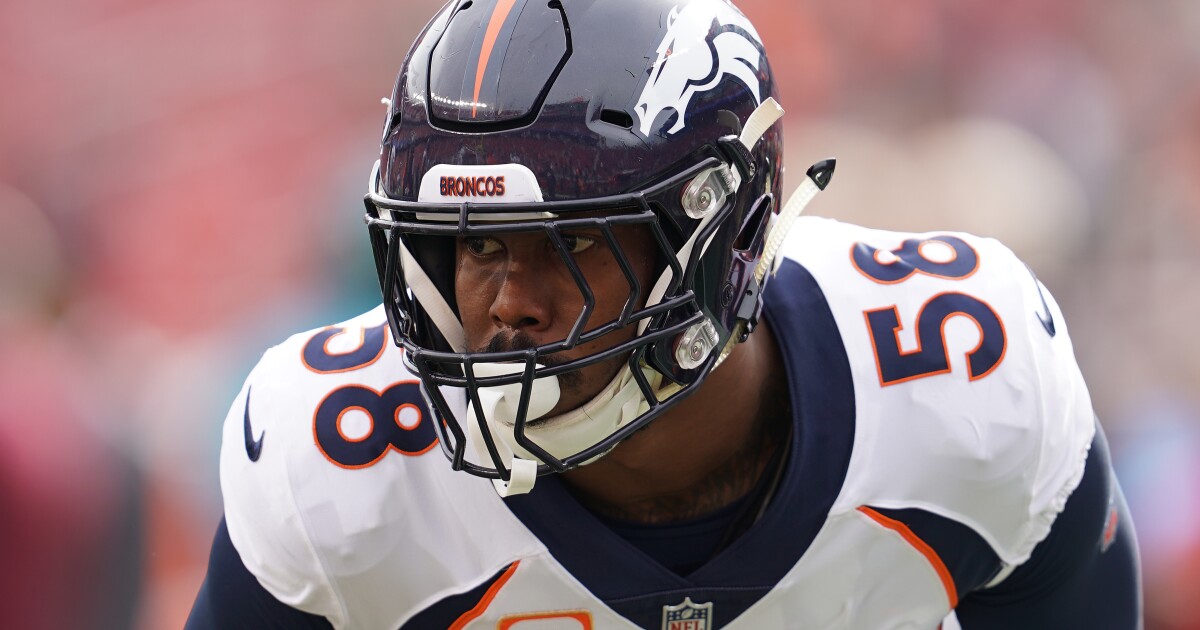 DENVER — The specter of Von Miller’s future and Drew Lock’s potential hang over the Broncos’ offseason.

For the Broncos to end their five-year playoff drought — the longest since 2006-2010 — they need their most important players to play well. Losing Miller to a dislocated ankle tendon proved a crowbar to the shins. And Lock’s alarming inconsistency sent shudders through Broncos Country, raising concerns about whether he remains the future at the most important position.

Friday, Broncos coach Vic Fangio made a candid admission about Miller, who suffered his injury in the week of practice before the season opener against the Titans.

“It was on one of most disappointing things of the season,” Fangio said. “I really, really thought he was going to have a good season for us.”

Arguably the greatest defender in Broncos history, Miller had an epiphany in the months leading up to training camp. He was struck by the death of Kobe Bryant and scared by his own bout with COVID-19. He vowed to lead more like Bryant and hold players accountable in a manner similar to Michael Jordan, inspired by the “Last Dance” documentary on the Chicago Bulls. Teammates witnessed a more disciplined Von in practice and meetings. He was leading drill work, and setting an example for the standard expected.

Miller also transformed his body, adding what friend and former teammate DeMarcus Ware told Denver7 “was about 10 pounds of muscle.” Miller’s instagram posts throughout the offseason chronicled his fitness journey, setting the stage for a diary of havoc. Then just like that it was gone. Miller dislocated his left ankle tendon in a non-contact play at the end of practice. He had hoped to return before the season ended, but ran out of time. There’s no reason to think he will not be healthy next year, but questions persist about his future.

Miller is scheduled to make $18 million, and turns 32 in March. The Broncos must exercise his club option by March 17, which would guarantee $7 million. With the team desperate to contend next season, there remains a belief the sides will work hard to keep Miller in the fold, which could involve a paycut and money that can be earned back through team or individual incentives.

“He had a great vision and focus,” Fangio said. “And i believe he can get back to that.”

Added teammate Bradley Chubb, “Von is a generational talent. He has shown he can’t be blocked one on one. With us back on the field together, it would be huge.”

As for Lock, the issues remain. The Broncos like his talent, see flashes of brilliance, but desperately need more consistency. The Broncos rank dead last in turnover margin at minus-20, leaving general manager John Elway to admit to the team website, “There’s no way you can win football games that way.” Lock is tied for the league lead with 15 interceptions, and has turned the ball over in 11 straight games, the longest active streak in the NFL.

“We still have high hopes for Drew that with a good offseason — a lot of hard work this offseason, a lot of film study — that he can come back and be a very good quarterback in this league,” Elway said.

Elway pointed to Lock’s ability to engineer comebacks, most notably the 31-30 victory over the Chargers at home. However, the turnover problems must be fixed as they played a huge role in the underwhelming season.

“Well, obviously, (it was a) disappointing (season). We had higher expectations. We thought we would win more football games and at least get into the hunt. Getting off to the slow start that we did hurt us, and the injuries we had. So it was disappointing,” Elway said. “I thought we had high hopes. But then again with everything that had gone on, we knew offensively we were going to be tremendously young and that we were going to be behind the 8-ball. It showed early. There were some bright spots, some good things and some flashes we did see that hopefully we can use going into next year.”

Footnotes
Fangio said he does not believe cornerback Bryce Callahan will require foot surgery. He missed six games this season with ankle and foot issues. He has never played a full season. …

The hope is that defensive end Shelby Harris will avoid offseason knee surgery. Fangio said Harris, “played very, very well” this year. Said he was in the best shape of his career and it was showing in his performance. Harris will be a free agent, and the Broncos are interested in keeping him. …

The Broncos ruled out receiver K.J. Hamler with a concussion.