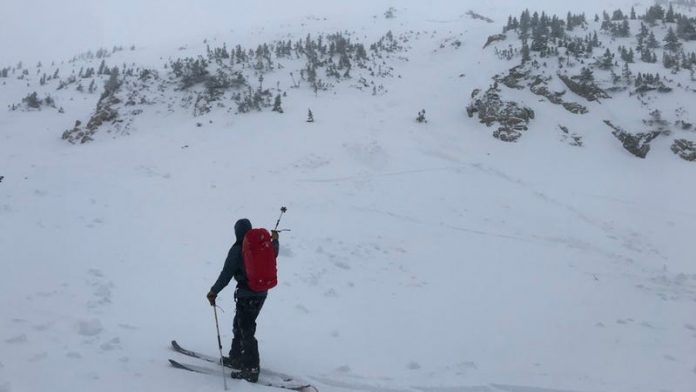 Eighteen people have died in avalanches nationally in February, making it the deadliest month in more than a decade. And the month is barely half over.

Only January 2008, with 19 fatalities, has seen more deaths.

Colorado, which leads all states in avalanche deaths and accounts for about one-quarter of them since 1950, has bore the brunt of this deadly season. The state has seen six deaths in February — the state’s seasonal average — including the most recent when two died on Sunday. Ten of the 25 people killed by avalanches this season died in Colorado.

“Since 1950, Colorado has only one other month with more fatalities, and that was seven,” Ethan Greene, director of the Colorado Avalanche Center, said. “We’re dangerously close to breaking a record we don’t want to break.”

The 25 deaths nationwide this season surpasses last year’s 23 and matches the national toll of 25 in the 2018-19 and 2017-18 seasons, with some of the historically deadliest weeks still ahead.

Colorado’s high death toll comes despite the state snowpack reaching only 88% of its seasonal average in areas where the deaths have occurred. Greene said it’s not the snowpack depth that creates deadly conditions, but how the snowpack sets up.

He said conditions vary across the country but generally in the Intermountain West and Rocky Mountains there has been a “super weak” layer of snow near the ground that fell in the fall. That was followed by a period of drier weather. More snow started piling up on the weak surface layer in mid-December, creating sensitive conditions for wide human-triggered avalanches that are running to the ground.

“Not every part of the country is experiencing these conditions, but many parts of the country are seeing different versions of the same story,” Greene said.

He said the avalanche danger rises with every storm and then drops, “but not precipitously,” during drier periods.

“Once we get a loading event, we are seeing the danger increase much faster,” he said. “With a small snowstorm, we are seeing big increases in avalanche danger, much more than in a typical year.”

He said while it is a dangerous avalanche season, there remain places to recreate in the backcountry if proper precautions are taken. He advises before going into avalanche terrain to visit https://avalanche.org/, which offers national forecasts and conditions.

The Colorado Avalanche Information Center offers forecasts and conditions specific to the state.

“People need to take avalanche safety seriously,” said Greene, adding that the state’s victims were all males over the age of 40 with an array of skill and experience levels in avalanche terrain. “People need to stick to the basics of checking the forecast for where they are going, then matching their plans according to conditions to identify safe travel routes even if they have been to the area before.”

Nationally, January is the deadliest month, followed by February and March, respectively.

“Avalanche danger will rise and fall with the weather, but the dangerous characteristics of avalanches are not going away this season,” he said.

Here are the states where avalanche deaths have happened and the number of avalanche fatalities in those states this season: