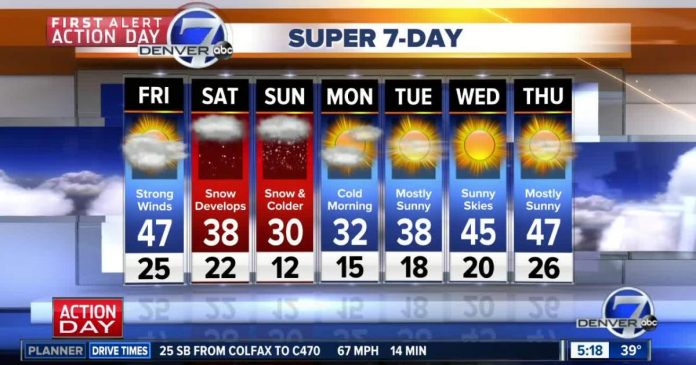 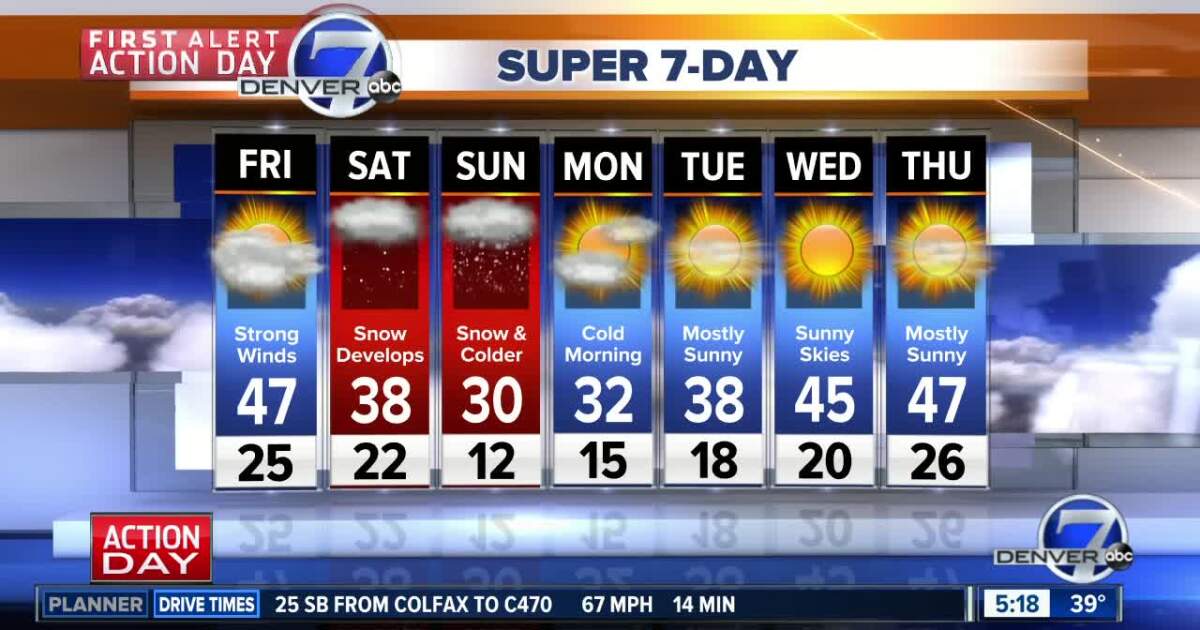 DENVER — A powerful Pacific storm will continue to drop heavy snow over the mountains of Colorado through Sunday!

In addition to the snow, strong winds will whip over the mountains and foothills, creating very poor driving condition in the high country. Skiing is terrific, but allow plenty of travel time and pack your patience!

Periods of snow, heavy at times can be expected for most of the mountains! Storm totals may be 18 to 36 inches for areas along and west of the Continental Divide by late Sunday.

The type of storm system favors the mountains, at the expense of the plains. Most of the moisture from this storm will be intercepted by the mountains, leaving much less snow for Denver and vicinity.

For Denver and the eastern plains, there will be a chance for snow, mainly Sunday afternoon. Around 1 to 3 inches are possible along the Front Range and 4 to 8 inches in the foothills and along the Palmer Divide. The heaviest snow will fall in our southern mountains and south of 1-70 Sunday.

Colder temperatures can be expected for all of Colorado into early next week. Highs will top out in the low 30s on Sunday in Denver, with overnight lows dropping to the low teens early Monday.

Monday, skies will clear, but temperatures stay chilly, in the low 30s. A gradual warming trend and dry days are expected through the middle and end of the week, with highs back in the mid to upper 40s Wednesday through Friday.