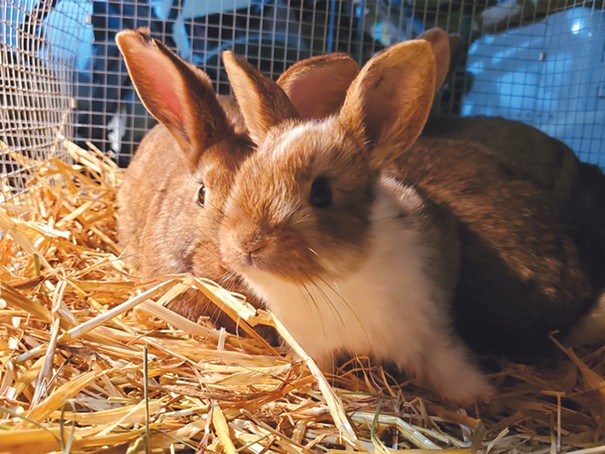 Americans are used to seeing supermarket aisles amply stocked with food. But these days, shoppers increasingly have encountered bare shelves. First, supplies of paper products disappeared. Now, more crucial shortages — such as supplies of meat — are causing shelves and display cases to empty.

Food activists like Mike Callicrate, owner of Ranch Foods Direct, say the COVID-19 pandemic has revealed weaknesses in the U.S. food production and distribution system, which has become concentrated in the hands of a few huge producers and distributors.

No one knows how long it will take for the food supply system to regenerate, but local farmers and ranchers aren’t waiting. They’re creating new models and using alternative means of distribution to get their products directly to consumers.

The meat processing industry illustrates how COVID-19 has wreaked havoc on the U.S. food supply.

For example, restaurant closures have shut down demand for more expensive cuts of meat that aren’t popular with supermarket shoppers.

Supply chain issues came to the forefront when the JBS beef processing plant in Greeley shut down April 15 after dozens of workers contracted COVID-19 and at least five died.

According to The Washington Post, JBS plants in Souderton, Pennsylvania, and Worthington, Minnesota, also closed.

JBS is the U.S. subsidiary of a Brazilian company, JBS S.A., the world’s largest processor of beef and pork. According to Denver Fox affiliate KDVR, the Greeley closure came after workers expressed concerns about a “work while sick” culture to the Weld County Department of Public Health and Environment.

In an April 4 letter, Weld County Health Officer Dr. Mark Wallace stated he would consider criminal penalties if further violations of the order were found.

On April 10, Weld County and the Colorado Department of Public Health and Environment ordered the plant to close for at least two weeks and to put in place measures including testing and screening of employees and provision of personal protective equipment.

The order stated that at least 43 COVID-19 cases and 14 hospitalizations had been reported among JBS employees since March 25, and that between March 1 and April 2, at least 277 medical visits were made by JBS employees and dependents for suspected or confirmed COVID-19.

The Souderton processing plant has since reopened, but other meat packing plants also have closed indefinitely.

Smithfield Foods shuttered its plant in Sioux Falls, South Dakota, one of the largest pork processing facilities in the country, on April 12. National Beef Packing and Cargill, two other large meat processors, have also closed plants and/or scaled back operations.

In a system dominated by four large meat distributors, “the supply chain has completely broken down,” says Mike Callicrate, who supplies meat products from his farm in St. Francis, Kansas, through Ranch Foods Direct and other outlets in Colorado Springs.

“I said right away when we heard about the COVID that workers standing shoulder to shoulder in processing plants around the country would be a major problem,” Callicrate says.

With major meat processors diminished in capacity, supermarkets are seeing their supplies disrupted and millions of animals are being euthanized, Callicrate said.

“We don’t have anywhere near enough capacity to supply America with the kind of model Ranch Foods Direct has, where we slow things down and space our workers and pay living wages,” Callicrate says. “There’s no way we can feed America that way. And so we’re in a real bind. … We’ve been really stupid to allow such high levels of concentration and consolidation in our food system.”

But buying local is an alternative that was already growing more popular before the COVID-19 outbreak, and Callicrate is doing what he can to supply meat for Colorado Springs tables.

He raises livestock in the pastures of his Kansas ranch without performance-enhancing drugs, and slaughters the animals on-site. The carcasses are shipped to Ranch Foods Direct’s plant on Town Center Drive off East Platte Avenue, where they are processed into retail cuts and distributed to consumers through retail stores at the plant site and on East Fillmore Street.

Ranch Foods Direct also sells in Denver and has a mail-order business that ships across the country.

“Our business at Ranch Foods Direct is better in our retail stores, but we lost the wholesale business [with restaurants] and our institutional business” such as schools, Callicrate says.

The COVID-19 pandemic also has exposed weaknesses in the supply chains of other grocery items, he says. Small family farms have given way to industrial agricultural producers and large distributors, and mid-sized farmers are dependent upon government subsidies for survival.

“I don’t know how that can continue going forward,” Callicrate says. “There’s got to be a lot of change in food policy.”

In the Pikes Peak area, at least, small farmers are taking steps to reach consumers directly.

Miller, who runs Heritage Belle Farm near Calhan, brought together 31 vendors of everything from produce, meat and eggs to handmade butter, baked goods and personal care products, and organized an online catalog where customers could place and pay for orders the first four days of the week.

“We try and fill the need for every possible grocery item our customers might expect to find at an in-person farmers market,” Miller says.

On Saturdays, the vendors take the prepared orders to the distribution site. Miller and a team of volunteers consolidate them so customers can pick up a bag or box without having to get out of their cars.

Just weeks after it launched April 8, the market is growing like a summer crop, adding half a dozen vendors each week.

The virtual system solves some of the problems vendors have with traditional farmers markets.

“Our vendors have the ability to set what their quantity is,” rather than having to haul truckloads of produce which might not entirely sell, Miller says. “There’s no waste. It takes the risk out of it. “I have a love-hate relationship with live farmers markets,” she says. “I like to build relationships with customers, but it’s so much work.”

Miller thinks the virtual system will continue to grow, especially if traditional farmers markets aren’t able to open this summer.

She expects the system to continue to evolve and hopes to grow it to a point where she can hire people to help her run it.

She also thinks it could become a model for virtual markets across the country.

“We’re getting a lot of interest from other cities,” she says. “It’s possible we can replicate this anywhere.”

Yosef and Havah Camire chose a Community Supported Agriculture (CSA) model to sell 100 varieties of organic produce they grow on 1½ acres near Peyton.

Members join the CSA by purchasing small, medium or large shares. Over the course of a season, members can pick up their shares at the Ranch Foods Direct site as well as locations in north Colorado Springs, Monument and Denver, and at the farm itself.

Since the Camires started the Ahavah Farm CSA in 2018, it has grown to become the second-largest CSA in Colorado, with seven employees (plus the Camires and their six children) and about 300 members.

Before the pandemic, the Camires did some of their distribution market-style and participated in farmers markets. But they found that traditional farmers markets were not profitable.

“We occasionally made money,” Yosef Camire says, “but very rarely.”

Market-style distribution of the CSA shares “was a lot of fun, and we hope we can go back to it,” he says, but the farm now distributes via drive-thrus and direct door-to-door delivery in a limited area.

Customers benefit from CSAs by knowing where their food comes from, who grows it and how it’s grown.

Communities tend to grow up around organizations like farmers markets and CSAs, and Ahavah has taken that several steps further by starting the Ahavah Community Initiative. It’s part of why Camire became a farmer in the first place.

He quit a six-figure-a-year job as a biomedical engineer in 2014 to become a farmer because he and his family wanted to contribute to food security, help restore the land and impact climate change.

Through the nonprofit, the farm donates fresh food to families in need, sponsors educational and environmental programs for children and adults, and hosts community events.

“I do believe what will happen as a result of the pandemic is people are going to discover that the food closest to their home is far tastier, it’s better, it stimulates the economy and it’s trustworthy,” Callicrate says.

“There are always aggressive price shoppers that are going to go back to Walmart and Costco,” he says. “But those more discriminating and discerning shoppers that really do care about quality and health, as well as a healthy economy in their community. I think they’re going to stay.”