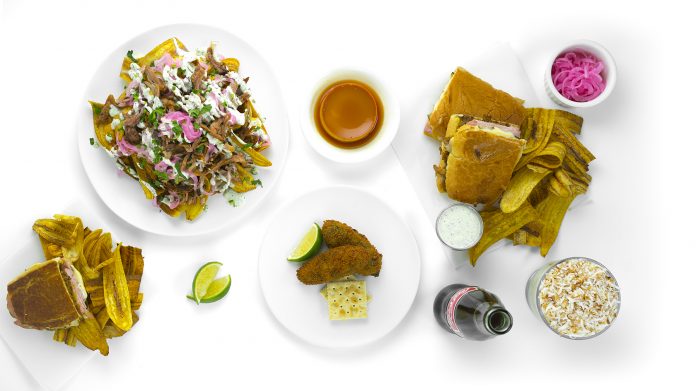 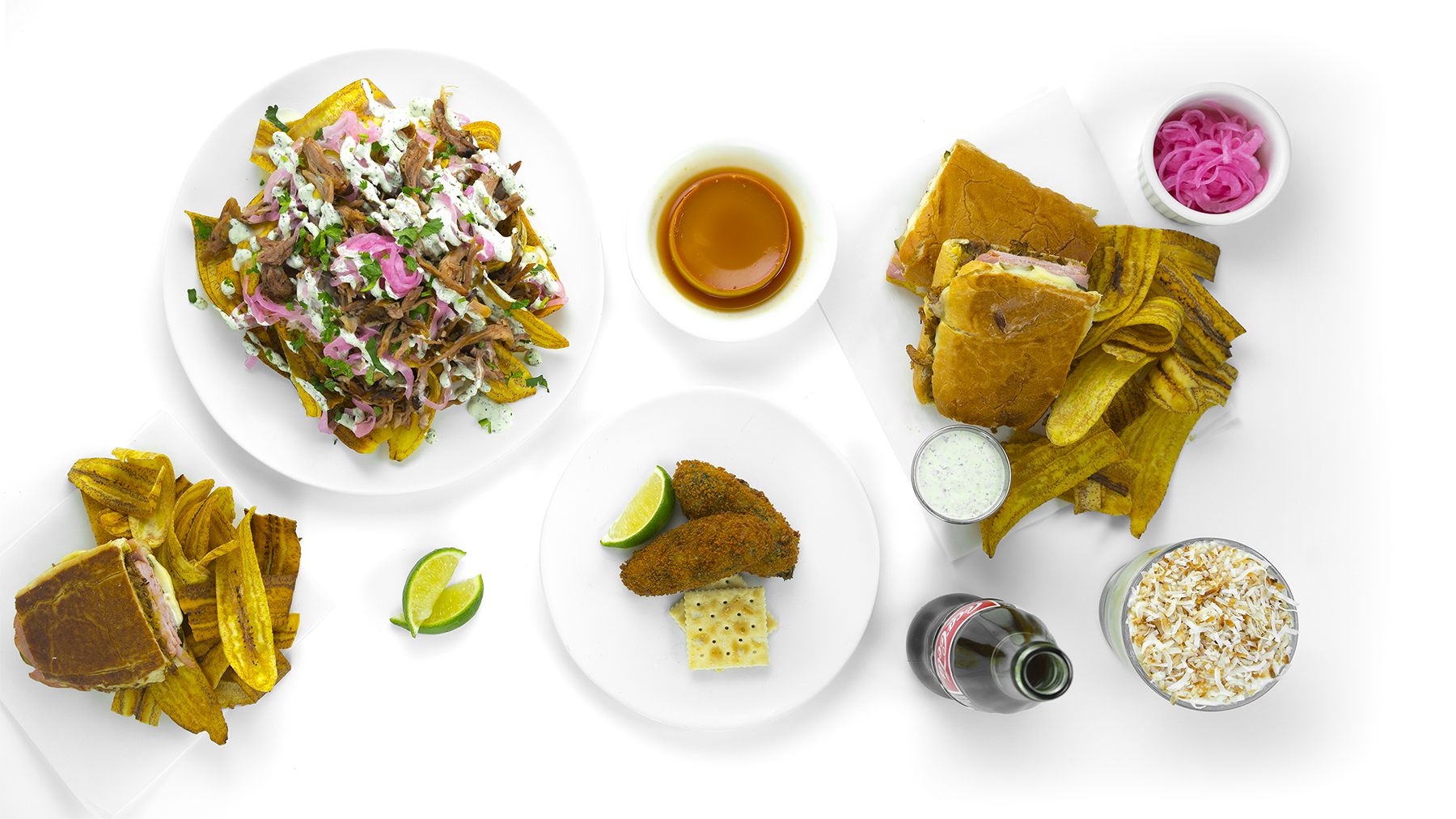 While so many New York City-style food halls are popping up around Denver like Edgewater Public Market or Zeppelin Station, these three restaurant veterans have created their own mobile food court with that same idea in mind. Foodhalla — a mobile food truck serving three different cuisines — was officially launched mid-October. Owners, Jesus “Seus” Olaya, Nicole Zajac and Alan Berger noticed the popularity of food markets and ghost kitchens storming the Denver food scene. Jumping straight to a brick and mortar would be too costly and unstable during the pandemic, so the idea of a mobile food court was cost-effective and innovative for this trio.

Even though serving three different menus out of one truck may seem chaotic, the Foodhalla team has found a way to cross utilize ingredients and segment areas of the kitchen to prevent cross-contamination. The truck offers three concepts from Spudnation, Bodega Cuban Kitchen to Seoul Brothas.

Currently, the only concept that is fully operational is the Bodega Cuban Kitchen with Spudnation expected in early December and Seoul Brothas soon to follow. Bodega Cuban Kitchen’s menu is inspired by Olaya’s childhood growing up in south Florida. Though Olaya is of Colombian decent, his appreciation for the Cuban culture has inspired a menu with three staple sandwiches, four snacks and two desserts.

In the works, Spudnation is an adaptation from Potatoes USA. Originally this potato marketing and research organization used a marketing food truck named Spudnation to promote potatoes and the 2,500 plus potato farmers in the U.S. The Foodhalla creators received permission to fully use the name as a way to create a potato centric food concept. Spudnation uses Colorado-grown spuds and seasonal local ingredients to make various loaded potato meals. The menu will feature six options, three regular and three sweet potatoes with endless toppings.

While loaded potatoes and Cuban food are covered by the first two concepts, Berger created Seoul Brothas as a nod to his Korean descent utilizing family-inspired recipes. This menu will include a three-piece bucket of Korean fried chicken, popular Korean street food like corn cheese, Kalbi ribs with kimchi, Korean fried chicken sandwiches and a Texas-inspired Frito pie.

Even though the mobile food court idea lends room for ever-changing concepts, the team would like to maintain and grow these three brands.

“The feedback has been phenomenal; we plan on keeping the brands on the truck and develop them into a brick and mortar in the future,” Olaya said.

With so much uncertainty in the food industry, concepts like mobile food courts, ghost kitchens and at-home food businesses may change the face of the Denver restaurant scene. Starting a new business at a time like this involves a lot of risk.

“Since we’re fairly new to the market, we’re hopeful that more entrepreneurs will take the same risks and continue growth. With more creative business models, those new faces will push the envelope and really shake things up,” Olaya said.

Foodhalla can be found parked at 17th Street and Chestnut Place in Denver unless otherwise noted online.