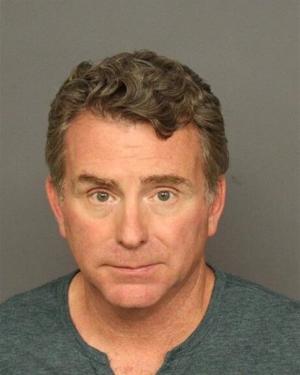 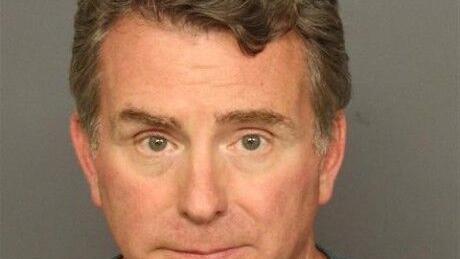 Patterson, 54, was arrested Monday evening at the Denver International Airport on two alleged counts of felony stalking, among other charges, based on a Florence police investigation stemming from allegations of harassment by people he formerly worked with.

Patterson, who, according to his LinkedIn page, served as city manager since 2011, was terminated and banned from city property on Aug. 31, via a unanimous vote by the Florence City Council during an evening executive session open only to council members, the city attorney and the chief of police.

That vote, police said in an arrest affidavit filed Nov. 3, stemmed from an allegation that Patterson had sent a sexually inappropriate text to someone who worked for him.

Police, who were assigned to investigate the allegations after the vote, interviewed several people who worked with Patterson. Those people, whose names were redacted in the affidavit per state law, alleged Patterson made sexual advances toward them or other women he worked with and exhibited “controlling behavior” with staff.

One woman interviewed by Florence police said that before she’d worked for the city, Patterson would frequent the restaurant she worked in, where he made inappropriate comments and started messaging her over Facebook, according to the affidavit. Eventually, he invited her to work with him at City Hall, the woman told police.

Before she started the new job, however, Patterson told the woman he needed help with painting walls and other house work, because he and his wife were divorcing, the affidavit showed. The woman told police that she agreed, and that once, while at the home, she had consensual intercourse with him.

When she started work for the city, the woman told Patterson she was not interested in him. Patterson, however, “did not take no as an answer,” according to the affidavit.

On several occasions, she told police, Patterson sent her explicit videos of himself, would text her to suggest places to have sex and drove by her home. Once, according to the affidavit, Patterson texted the woman while working out in a city gym to come meet him in the hall. When she did, he led her to the boiler room, where he told her they could have sex because it was “safe,” the affidavit showed.

The woman, appalled, demanded to know why he thought she would say yes. Patterson told her she was right, adding that his proposal was “probably inappropriate.”

Eventually, the woman said she became less sympathetic to his advances. In an effort to intimidate or control her, the woman told police, Patterson would then bring out her personnel file, suggesting that she had the “biggest file” of anyone in the office and belittling her about her life choices, the affidavit showed. On at least one occasion, the woman said, he accused her of being an “undercover neo-Nazi.”

The woman told police that once, Patterson tried to kiss her, and on several other occasions groped her as she walked past him.

Eventually, the woman told police, Patterson’s pressure to have sex with him forced her to quit her job, one she said she loved.

A second woman said she also eventually quit her job after reporting Patterson for inappropriate, and at one point daily, texts he sent to her, which included offers to have sex with him and his then-wife and questions about whether she’d want to kiss him, the affidavit showed.

On one occasion, the woman told police, Patterson tried to hug and kiss her. As he was leaning in, she told police she turned her face away from him, and he kissed her on her cheek before she pushed him away.

The woman told police she was initially reluctant to report Patterson to city officials because she’d overheard many conversations between Patterson, the city attorney and City Council members, and felt it wouldn’t be safe to report to them.

When she eventually did, she told police she was afraid Patterson would find out she’d reported him, and eventually quit her job, which made her hurt and angry because she’d had high aspirations there, according to the affidavit.

Another woman — a business owner who in 2020 rented a city building, but wasn’t employed by Patterson — alleged in the affidavit he used the fact that he’d helped her move and get established in Colorado, as well as his influence on the rent she paid to the city, to attempt to get her to spend “alone time” with him.

As city manager, Patterson oversaw all city departments not managed by City Council, and coordinated activities with outside agencies and organizations, according to a job description posted to the city’s website.

She added that he made sexual advances toward her in person, and that he sent her “questionable” texts that ranged from compliments to “explicit content,” according to the affidavit. When she turned him down, she told police, he would “get hostile.”

Another woman who worked for Patterson said that on several occasions, he would discreetly give her bottles of wine, sometimes leaving them in her car or visiting her at home to bring them to her.

At the time, the woman told police, she was 20 years old.

The woman told police that Patterson would also occasionally text her outside of work hours, and that she felt he was “flirting with her” by going out of his way to bring bottles of wine to her home. She added in the affidavit that he would at times tell her he was trying to “protect employees’ jobs, like hers,” which she believed was an attempt to manipulate her and other staff.

According to jail records, Patterson’s currently being held in Denver’s Downtown Detention Center. Court records indicate he doesn’t yet have a date to appear before a judge.