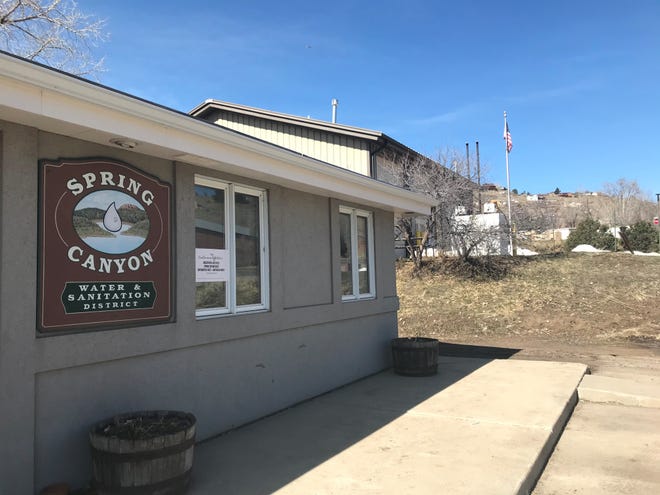 A water transmission line failure has left an estimated 75 homes in the Spring Canyon Water District with little or no water since Monday night.

Residents in the district, located west of Fort Collins in the Horsetooth Reservoir area, got a notification Monday night that their water would be shut off for 12 hours as crews conducted emergency repairs on a leaking transmission line. As of Friday morning, the affected area still had no or limited water and the district manager expected service to return sometime on Saturday night or Sunday.

An estimated 485 taps in the Spring Canyon Water District do have water service. The emergency repairs are impacting higher-elevation homes, some of which have occasionally had water access during low-demand times.

District manager Corey Williams said the district discovered the leak about 4 p.m. Monday and decided to shut off service from 7 p.m. to 7 a.m. after examining the site. The transmission line was built in 1974, according to district records, and previously blew out in October. Staff extended the timeline of the repair work after crews ran into a large boulder during excavation.

“We’re seeing lots of rocks, the pipe being very deflected and on bedrock,” Williams said. “Ultimately, poor original installation conditions back in the ’70s are catching up with us. It’s a mountainous area, we have shifting in the ground, and they’re old PVC lines.”

With the leaking transmission line out of operation, the water district lost the ability to provide adequate water pressure to higher-elevation homes in the district, Williams said. Impacted areas include the higher elevation areas of the Continental West and Continental North subdivisions.

The district is offering residents water from an outdoor tap located at the district office site, and staff are providing bottled water and buckets to impacted residents. The office was closed to the public for the Good Friday holiday and had run out of bottled water when a Coloradoan reporter visited the site, but Williams said more cases were on the way. Public shower stations are available for a fee at Larimer County’s Horsetooth Reservoir South Bay campground.

Crews isolated the failed line from the rest of the water system, replaced over 120 feet of the 8-inch water line and are installing additional isolation valves and a fire hydrant to meet specifications of a future capital improvements project, according to a message posted on the district website. Williams said Friday morning that staff was carrying out shock-dosing, flushing and bacteriological testing of the repaired line under guidance from the Colorado Department of Public Health and Environment.

Water:Campaign to fill Lake Loveland is full of hope, but is it feasible?

Once it’s confirmed that the water in the repaired pipe meets public health standards, they’ll charge and flush the rest of the system and will be able to restore full service as long as monitoring results show the water is safe to drink. Williams estimated water would be back sometime between 10 p.m. Saturday and 10 a.m. Sunday.

The water district’s board of directors will determine whether impacted customers get reimbursed for the outage on their water bills. Residents in the district pay upward of $100 a month for water because of a $60 base fee and $30 system improvement charge on top of their water rates.