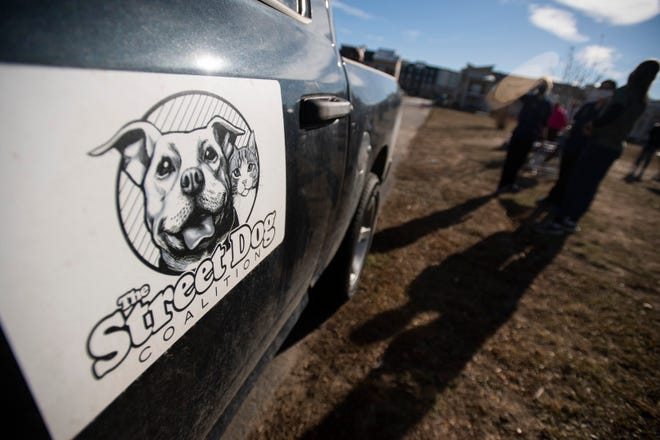 It’s not too early to think about snow and what happens to people living outside when Northern Colorado’s winter is at its worst.

The city of Fort Collins, Fort Collins Rescue Mission and the owners of Vineyard Church are proposing a seasonal overflow shelter at 1213 Riverside Ave., part of the Vineyard campus, for about 50 men experiencing homelessness.

Fort Collins Rescue Mission would run the shelter as a complement to its Jefferson Street shelter when it is full and weather is bad.

Having a place to shelter for the night is a “life and death resource” when local shelters are full and temperatures are life threatening, the parties said in a preliminary design review application filed with the city’s planning department.

The application outlines the desire to operate the seasonal shelter 24/7 — depending on funding — for about three years or until the Fort Collins Rescue Mission builds a larger, permanent shelter.

The empty building, which is set back from the road, was previously owned by Fresenius Medical Care Dialysis Services Colorado LLC. The clinic donated the building to Vineyard in April 2021, according to Larimer County property records.

Vineyard plans to offer the building as a place for an overnight shelter, but it will cost more than $1 million to renovate into a suitable shelter space, said Brittany Depew, homelessness specialist with the city’s social sustainability department.

The city has $160,000 in federal COVID relief dollars it plans to commit to the renovations, and the county plans to contribute about $500,000, Depew said. That still leaves a gap of between $320,000 and $515,000 — money Depew plans to ask City Council to contribute in early September.

The city also has about $200,000 in COVID relief funds and general funds for the seasonal overflow shelter from Nov. 1 to April 30, Depew said.

Those funds are usually managed by United Way and allocated to both the Fort Collins Rescue Mission and Catholic Charities. The amount that will go to each organization has not yet been established.

If the shelter moves forward and funding is approved in September, the work likely won’t be completed until December, delaying the shelter’s opening.

The shelter isn’t a done deal yet. There are still many questions to be answered, Vineyard Pastor Jeff Faust said, including who pays for what.

“As a local church we don’t have the financial capability to flip the building,” Faust said. “It is our intention to serve the city and community of Fort Collins through that space. It’s a really neat partnership if we can work it out.”

Vineyard Church “has a long history of caring for the overlooked and unserved in the community,” Faust said. “With the donation of the building, it opened up different options. This is one that seems to be gaining traction.”

Staffing an expanded overnight shelter costs the rescue mission about $12,800 a month or about $76,800 for six months, said Fort Collins Rescue Mission senior director Seth Forwood. Operating it 24/7 is the city’s goal, but it could cost twice as much.

The city will continue to fund the seasonal overflow shelter out of its budget, as it has in past years.

According to the application, about 150 men seek shelter every night during the winter. The Fort Collins Rescue Mission has capacity for 106 men experiencing homelessness; the Riverside site would add 50 more beds. “That’s right in the sweet spot we have seen historically for men in the community on very cold nights who need to get into shelter,” Forwood said.

Knowing the site could be available for three years would relieve the city and the rescue mission of their annual scramble to find space in Fort Collins for a seasonal shelter. Last year, Fort Collins donated a city-owned building on Mountain Avenue, and the city previously rented space from the Food Bank for Larimer County on Blue Spruce Drive.

“We’ve been trying to figure out how the system can be more consistent without a change in structure every six months,” Depew said. “We’ve been brainstorming ways to expand and maintain that space until the future 24/7 facility opens.”

Fort Collins Rescue Mission is still in the preliminary stages of planning for a new 24/7 shelter on North College Avenue to replace its Jefferson Street facility. “I’m hopeful that the planning, design and other processes we need to go through are within a timeline of three to four years,” Forwood said. It’s waiting on design and planning processes to firm up the price tag for a new building.