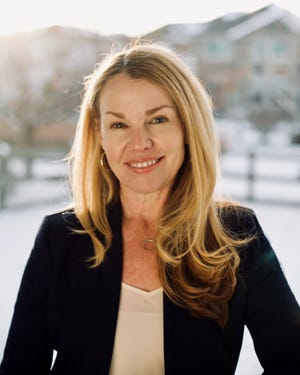 Fort Collins’ District 3 seat, covering southeast Fort Collins, has been a consistent source of conservative representation on City Council. This year’s race will let voters decide if they want that to continue.

Kaszynski has criticized Canonico for saying in her campaign launch video that she wants to bring a progressive agenda to Fort Collins.

“I just could not disagree with that approach any more,” he said. “Maybe, for … a progressive, that’s music to their ears. But what I want to do is bring the people’s agenda to Fort Collins. I think it’s the job of the City Council person to represent the people, not their own agenda.”

Canonico said her platform isn’t about a personal agenda, but rather about advocating for things like clean air and water and “continually moving this city forward.”

“I want my platform to stand for who I am,” she said. “I think Fort Collins is an incredible place to live, and I just want to keep making it better. I don’t think attacking my opponent is the way to do that.”

Canonico has raised about $14,500 to Kaszynski’s $4,150, according to the first round of campaign finance reports that were due March 2.

2021 election guide:Get to know the candidates and the issues

Tricia Canonico has moved 23 times, so when she says Fort Collins is a special place, she knows what she’s talking about.

She and her family moved here about 10 years ago. Canonico has become increasingly involved in the community since then, first volunteering at her kids’ schools and later helping out with local political campaigns and serving as a co-leader of Moms Demand Action. She now sits on the board of La Familia/The Family Center, Colorado Coalition Against Gun Violence and Blue Rising, a Colorado political action committee.

“I really do just have this deep desire to serve,” she said. “I found the community I love, and I just want to be able to give back.”

Canonico’s campaign is largely built around a desire to continue the work that the current and previous councils started on housing, climate action, equity and child care affordability. She’s supportive of the council’s more progressive direction over the last two years and is particularly excited about the city’s greenhouse gas emission and waste reduction goals, which set a goal of zero waste and an 80% reduction in greenhouse gas emissions (compared to 2005 levels) by 2030.

For subscribers:Fort Collins got mixed results on 2020 climate goals. What does that mean for 2030 goals?

An area where her views differ from Kaszynski is how the government should approach business regulation during the COVID-19 pandemic.

“I think we need to err on the side of caution,” she said. “I love our Level Up program and all the opportunities that we’ve created for businesses to come back quicker than they might, but I think, like everything else with COVID, how the next few months look is really kind of unknown. … We have to make sure we don’t backtrack and have another surge like we’ve had in the past.”

Canonico said her background in comparative politics — she worked on a Ph.D in the field before pivoting and starting a small scrapbooking subscription business — and her history of living in different locales around the world gives her a unique perspective on “what makes a community a great place to live, as opposed to a place that doesn’t attract new commerce.”

She’s drawn to integrated communities with self-contained services and amenities, so residents don’t have to get in their cars to access parks, retail and entertainment. Although she’s uncertain about how City Council should work with the proposed Montava development on its water issues, she likes the sense of “new urbanism” that development embodies.

She sees population growth as an inevitable part of Fort Collins’ future.

“I know some people want to see it stay a small town, but I don’t think that’s going to happen,” she said. “So we just have to bring in the amenities that we want with growth, and bring the good of growth to our community and try to alleviate the downsides.”

Canonico said she’s using her background as a small business owner to find common ground with some of the more conservative voters in District 3. She said she’d support innovative city programs to help businesses bounce back from the pandemic. She spearheaded one such project in 2020, when she led a fundraising campaign called “Feed the NoCo Frontline” that raised $36,000 to purchase meals from local restaurants for front-line health care workers.

“Having been a small business owner, I really recognize the challenges that they face,” she said. “I think we just need to be really innovative at the city level and come up with programs that can really help small businesses and other businesses locally navigate the hardships of COVID.”

To learn more about Canonico, see her website: triciaforfoco.com.

View her answers to the Coloradoan’s candidate questionnaire here.

Gavin Kaszynski is no one-trick pony, but he does think almost every city issue connects back to one issue: the economy.

Economic revitalization is the heartbeat of his campaign platform. And, as the chief financial officer for Associates in Family Medicine, he sees himself as specifically equipped to guide Fort Collins through economic recovery amid the COVID-19 pandemic.

“I don’t think anyone has the sort of unique position that I have,” he said. “I’m sitting right at the intersection of health care and business, so I really feel like I can help us heal.”

He said the city and county’s approach to COVID-19-related restrictions has demonstrated “a lack of leadership” because it’s been overly restrictive rather than providing a path for people, schools and businesses to return to normal life.

“There’s an inherent mistrust of businesses to do what’s in their best interest,” he said. “Retail shops and restaurants do not want to harm their customers, more so than anybody else, and certainly more so than someone at the county or the city. I’m not saying that those local entities don’t care about their citizens — of course they do. But at some point, there should be a transfer of that responsibility to the people.”

Along with advocating for a return to business as usual, Kaszynski said he would push for a sales tax holiday and other measures to encourage people to shop and dine locally.

“It’s a matter of getting the economy going so we can get people back to work,” he said, referencing food and hospitality industry employees who’ve lost income due to the pandemic. “Almost every other issue that we could talk about in this campaign, I think, goes back to economic recovery.”

“There’s only so much we can do about the cost of housing, (and) the cost of water,” he said. “But if we’ve got rising wages and an improved standard of living, then people can afford more expensive homes.”

Kaszynski is a “numbers guy” who has been attending council finance committee meetings for the last few years and assisted council member Ken Summers and Mayor Wade Troxell with their council campaigns. He previously ran for a seat on the Poudre School District Board of Education in 2015, a race he “lost fantastically” while still netting about 10,500 votes. He’s also been able to provide feedback on city policy as a member of the Fort Collins Area Chamber of Commerce’s Local Legislative Affairs Committee.

His behind-the-scenes involvement with council has brought him a close familiarity with city issues, from Connexion’s financial progress to the scarcity of water available for development.

For subscribers:How Connexion is progressing as 2022 buildout deadline nears

His stances tend to favor less regulation — he’s opposed to the oil and gas regulations council is expected to review later this year, for example. At a recent council candidate forum, he said council should reconsider “arbitrary deadlines” laid out in the city’s Climate Action Plan because he’s concerned about impacts to utility rates, and he disagrees with council’s moratorium on metro districts, which he called a key tool for financing development and infrastructure.

If he’s elected, there’s a solid chance his viewpoints could put him in the minority on council, as Troxell and Summers have sometimes been during the last two years. He said his presence on council could maintain “a healthy tension” that would bring the best solutions to the surface. He described his collaboration style as similar to that of Troxell, who differs politically from his fellow council members but frequently looks for common ground with them.

“Everyone knows what Wade is, politically, but you would just not know that in most of the things that he’s doing on City Council,” Kaszynski said. “He’s clearly trying to work together with the people on City Council to come up with ideas.”

Kaszynski said his vision for the future of Fort Collins is cultivating a sense of belonging similar to what he and his family have felt since they moved here.

“That doesn’t happen when you are making City Council partisan and polarizing,” he said. “That happens when you are working together and you’re compromising.”

To learn more about Kaszynski, see his website: electgavink.com.

View his answers to the Coloradoan’s candidate questionnaire here.