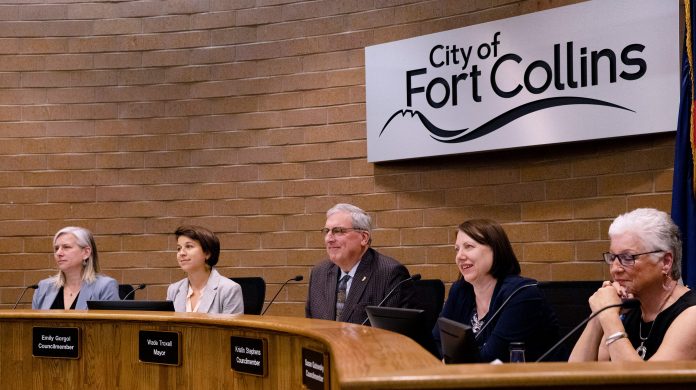 Stephens plans to resign from her District 4 council seat, representing southwest Fort Collins, on Dec. 31. Council will soon begin accepting applicants from community members who are interested in filling the vacant seat from January through mid-April.

The application deadline likely will be Dec. 28, council members said at their Tuesday work session. Applicants will need to be residents of District 4, have lived in Fort Collins for at least a year, be at least 21 years old and have no felony convictions on their record.

The District 4 seat will be up for election in April 2021, so whoever fills the vacancy will need to win that election if they want to continue serving on council.

Council member Susan Gutowsky came to be on council through the vacancy process and a subsequent election. She was one of nine applicants for the District 1 seat left by former council member Bob Overbeck, who’s now Larimer County assessor.

KEVIN DUGGAN: It’s time to move on from the Coloradoan

Council publicly interviewed all nine applicants and expects to take a similar approach to filling Stephens’ seat, although council members noted they may need to whittle applicants to a smaller pool for public interviews if they get a large number of applicants.

They will likely conduct the interviews in early January and swear in the appointee in late January.

Speaking about the next steps for filling the vacancy, council members said they’d like to largely echo the process used for District 1 in 2019. That included a public, roll-call vote and no sequestering of applicants during the interview process. Gutowsky said she appreciated the openness and transparency of the proceedings.

Once council members have filled the District 4 seat, they’ll need to vote on a new mayor pro-tem, who runs council meetings and other proceedings in the absence of the mayor. That person will serve as mayor pro-tem until a new council is sworn in after the April municipal election.

Stephens’ departure is one of several changes coming to City Council in 2021. Mayor Wade Troxell and District 5 representative Ross Cunniff are term-limited, so both of those seats will be up for grabs in the April 6 election. Along with the District 4 seat, District 1 (represented by Gutowsky) and District 5 (represented by Ken Summers) will be up for election. Neither Gutowsky nor Summers is term-limited.