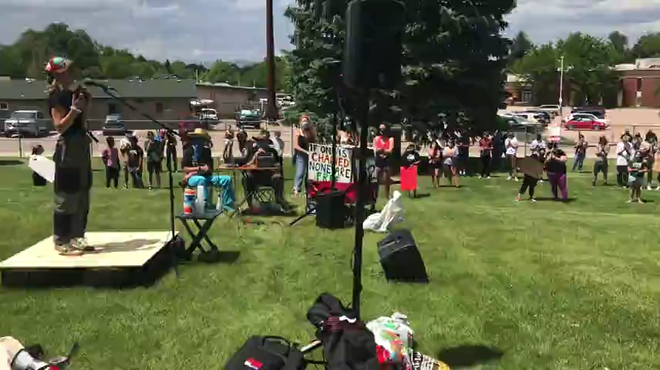 An elementary school principal in Poudre School District could face disciplinary action after coming under fire for a Facebook post in which she wished President Donald Trump would die.

Irish Elementary Principal Lindsey Walton posted the comment in reference to a story on The Hill with the headline “South Dakota governor flew with Trump on Air Force One after being exposed to coronavirus: report.”

PSD confirmed Friday that the comment, which has since been removed, was posted by Walton.

A screenshot of the comment coupled with an apology letter said to have been written by Walton drew hundreds of comments after was posted on the Facebook page of Steffan Tubbs, a Denver-based 710 KNUS radio talk show host, Thursday.

PSD said in a Thursday email statement to the Coloradoan:

“Poudre School District is aware of an inappropriate Facebook comment made by a PSD principal who was responding to a post from a national news outlet. Per district practice, PSD will not comment about personnel matters. That said, we do not tolerate any messages — made verbally or online, including on social media platforms — that are aimed at hurting people and that deliberately cause division. Every PSD staff member, and particularly administrators, must set positive examples for our students and are held to a higher standard.”

Employees who fail to comply with the policy may be subject to discipline, up to termination from PSD.

The policy lists numerous examples of communications that may be prohibited and/or cause for discipline. Among those:

Walton’s bio on the Irish Elementary website says she finished her ninth year as principal at the bilingual school on the city’s northwest corner. She attended schools in PSD and graduated from Poudre High school.

PSD provided the Coloradoan a copy of an apology letter Walton sent via email Thursday:

Over the July 4 weekend, I posted a comment on Facebook on a news article about COVID-19 exposure to the President of the United States and the Governor of South Dakota. The comment was highly inappropriate and offensive. I have since removed the comment, but not before my words did a lot of potential damage. They were hurtful, unprofessional, uncaring, and unbecoming of a person in leadership.

My sole responsibility as a principal is to lead my school community of teachers, students, parents and supportive community members in unity, social justice, and academic success. As a dual language school, we always teach our students about the power of communication and how words can build bridges across cultures and beliefs; or it can break relationships, cause divisiveness and sometimes even violence. I believe that for us to become a peaceful and more just society, we must all listen to and learn from each other, regardless of culture, political beliefs, and nationality. When I fail in setting an example for how to lead through the powerful communication of unity, I am failing my community. Words matter.

To my school community, my school district, and my local, state, and national communities, I apologize sincerely. It was my responsibility to lead in communication of civility and empathy, and I failed you. What happened does not exemplify the leader I want to be and does not represent the person I am. Everyone is on their own journey of living and understanding the world we live in, including me. Right now, it is my job to lead by example — by being vulnerable, listening, learning, and communicating in a way that brings us together, not divides us.