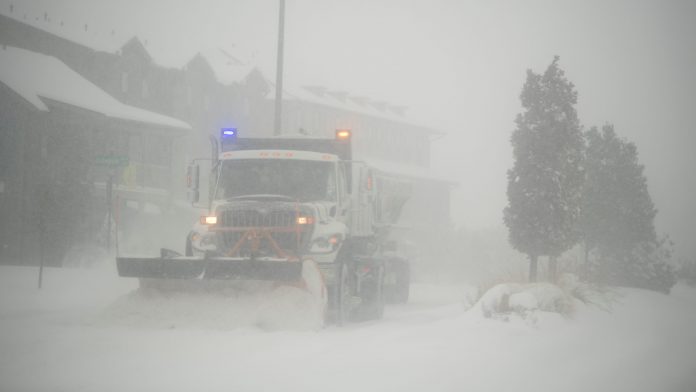 December is normally among our snowiest months. So far this year? Nada.

But that is likely to change with the National Weather Service calling for several inches of snow, which would be Fort Collins’ first snow in more than a month.

The National Weather Service is calling for the city to receive 2 to 3 inches of snow Thursday night into Friday. Just to the west in the foothills, the forecast is calling for 4 to 6 inches.

That could mean a mess on your Friday morning commute.

The forecast calls for an 80% chance of snow after 11 p.m. Thursday with 1 to 2 inches possible and less than an inch Friday. The low Thursday of 22 degrees could make for some slippery driving Friday morning.

Snow chances hang around, with a 30% chance Friday night and 40% on Saturday.

Colorado’s ski areas could see 6 to 8 inches of fresh powder.

It’s been a weird snow season; we have received snow on only six days, including two each in September and October.

A snow for the ages: September breaks 130-year-old record

The last snow of any significance was Nov. 9, when we received 3.6 inches.

So even if we do receive some snow with the latest storm, things aren’t looking good for a white Christmas in Northern Colorado as the National Weather Service’s three- to four-week outlook calls for drier and warmer conditions than normal.

According to the Colorado Climate Center, Fort Collins has a 45% chance of at least an inch of snow on the ground and a 30% chance that snow falls 7 p.m. Christmas Eve to 7 p.m. Christmas Day, based on the average of the past 20 years.Fort Collins’ official weather information is tracked through 24-hour time periods beginning at 7 p.m. daily.