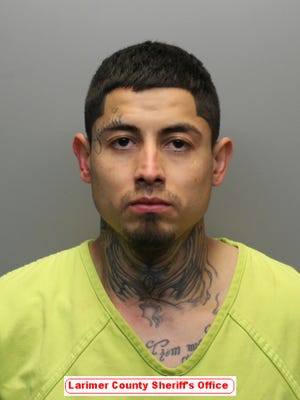 A Fort Collins man was arrested Friday on suspicion of first-degree murder and felony child abuse in connection with a 3-year-old boy’s death two days prior.

Fort Collins police officers were called to a Fort Collins urgent care center around 3:25 p.m. Wednesday after the child was brought there — neither conscious nor breathing — by a family member. He was pronounced dead despite lifesaving efforts by the center’s medical staff, according to a news release from Larimer County Sheriff’s Office.

At the time of the his death, it was unclear if the boy died as the result of a criminal act or an unknown medical issue, according to the news release. Because he lived in unincorporated Larimer County, a joint investigation was launched by Fort Collins police and the sheriff’s office.

Investigators learned the boy had been “allegedly assaulted by his mother’s boyfriend” after misbehaving inside a commercial business in southeast Fort Collins around 1:30 p.m. Wednesday, the sheriff’s office said.

The child was taken home from the business and later transported to the urgent care center when another family member saw that the he was unresponsive, according to the news release.

The coroner determined his cause of death to be asphyxiation by manual strangulation.

Jaime Rodriguez, 27, was arrested Friday at Larimer County Jail on suspicion of first-degree murder, a Class 1 felony, and child abuse resulting in death, a Class 2 felony. Rodriguez was already at the jail after being arrested Wednesday for an outstanding parole violation warrant.

Online court records did not reflect the case as of 4 p.m. Friday, and it’s unclear if the district attorney filed formal charges in the case Friday.