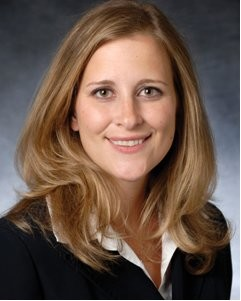 Council voted Tuesday night to enter contract negotiations with Hueser after narrowing down the pool of applicants to two finalists: Hueser, who has worked for the city since 2018, and David Cooke, a contract strategy consultant and municipal court relief judge for the cities of Longmont and Wheat Ridge.

Assuming contract negotiations are successful, Hueser will fill the seat of Chief Judge Kathleen Lane, who’s retiring this summer after leading the department since 1989.

Council appointed an ad-hoc committee consisting of Mayor Wade Troxell, Mayor pro-tem Kristin Stephens and council member Susan Gutowsky to lead the recruitment process and interview six finalists. Most of the recruiting process was carried out virtually because of the statewide stay-at-home order.

The chief judge position is a 0.75-full-time-equivalent position, and Lane’s current base salary is $121,762. Hueser’s salary will be negotiated.

Council members praised both final candidates, whom they spent about an hour and a half discussing on Tuesday before choosing Hueser for the position.

“It really came down to someone who had experience with the city, who has the right judicial temperament that we’d like to see going forward and who has a really good future vision for the city,” Stephens said. “(She) knows some of the issues that we’re facing and I think will be able to face those head-on.”

“I think the Fort Collins municipal court is a very special court,” she said. “I love the problem-solving focus, and I’ve spent the last two years working to make the court one that makes an even bigger positive impact on the community, and I want to continue that work and continue to serve the people of Fort Collins as its chief judge.”