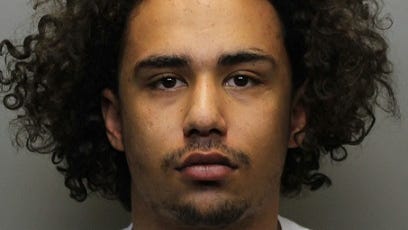 Editor’s note: This story contains references to domestic violence. Information about domestic violence warning signs and resources for those in crisis is available at the end of this story.

A 20-year-old man was arrested on suspicion of first-degree murder related to the assault and death of a woman in Fort Collins over the weekend.

The woman was found with life-threatening injuries in a parking lot in the 500 block of East Drake Road late Saturday night, Fort Collins police said in a news release.

Police responded on a report of a woman who was unconscious and hurt. When they arrived just after 11 p.m. Saturday, they found the woman, who they said had suffered injuries consistent with an assault. She was taken to a hospital, where she died.

Investigators identified Stephen McNeil as the suspect. Police found McNeil about noon Sunday and took him into custody “without incident,” according to police.

According to Fort Collins police, McNeil was booked into the Larimer County Jail on charges of first-degree murder, a Class 1 felony, as well as domestic violence, violation of a protection order and violation of bail bond conditions.

Prior to his Sunday arrest, McNeil was facing two charges — second-degree assault – strangulation, a Class 4 felony; and harassment, a Class 3 misdemeanor — in an open criminal case in Larimer County. According to court records, those charges stem from an incident on Dec. 19, 2020.

Police said McNeil and the woman knew each other but did not release additional information about the case.

The woman’s identity and cause and manner of death will be released by the Larimer County Coroner’s Office.

McNeil is next scheduled to appear in court on this case Feb. 12.

Those with information about this incident who have not already spoken to police are asked to call Cpl. Tessa Jakobsson at 970-221-6575. Those who want to stay anonymous can contact Crime Stoppers of Larimer County at 970-221-6868 or www.stopcriminals.org.

Domestic violence is a pattern of abuse that can include physical, sexual, emotional, verbal and financial elements where the abuser’s conscious or unconscious goal is to gain or maintain control. There are not always physical signs of abuse.

Early warning signs of an abusive partner include:

Help for people in crisis

Other available resources for people in crisis include: