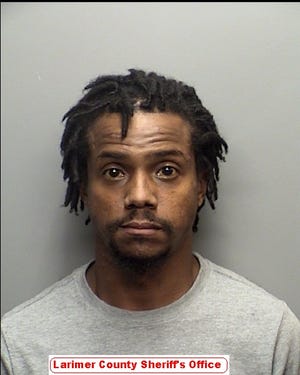 A Fort Collins man has been arrested on suspicion of murder in connection to a suspicious death on North College Avenue last month.

Fort Collins police responded to a report of a deceased male in the 800 block of North College Avenue about 10:40 a.m. Nov. 21. Due to evidence at the scene, police began investigating the man’s death as suspicious, police said in a news release.

On Monday, police arrested 35-year-old Brian Townsend, recently of Fort Collins, on suspicion of first-degree murder, a Class 1 felony, in connection to the man’s death.

Investigators believe Townsend and the deceased man, identified as 30-year-old Adam Clouser of Fort Collins, got into an argument on Nov. 19 and that Townsend stabbed Clouser, then left the area. A passerby found Clouser dead two days later, according to police.

Clouser died from multiple stab wounds and his death was ruled a homicide by the Larimer County Coroner’s Office.

Townsend remains in Larimer County Jail with no bond available. He has no other criminal history in Colorado, according to online court records.

Our coverage:How the Coloradoan reports on crime

Townsend’s first appearance in the case is set for Monday morning in Larimer County.