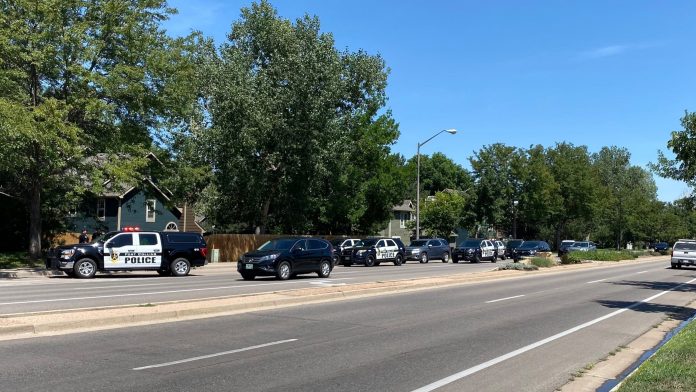 Fort Collins police are still searching for a suspect in an alleged armed robbery Saturday afternoon at the 7-Eleven near W. Horsetooth Road and S. Shields Street in Fort Collins.

According to a Fort Collins Police Services news release, the suspect entered the store with a bag and a semi-automatic rifle and yelled at store patrons to leave while two clerks stayed inside. FCPS also said the suspect waved the firearm at them while demanding money from the registers.

The suspect is described as “a black male who had his face partially covered, less than 6’0 tall, and approximately 150 pounds.” He allegedly fled with an undisclosed amount of cash, and no one was injured during the incident, per Fort Collins police.

An emergency alert notification to nearby residents initially recommended people shelter in place as police looked for the suspect.

An ensuing emergency alert at approximately 3 p.m. lifted the shelter in place recommendation.

A strong police presence included at least 15 cars as westbound W. Horsetooth Road in the area was closed to most traffic until at least 2:45 p.m. A SWAT team vehicle was also present on scene.

Fort Collins police ask that anyone with information who has not already spoken to authorities call FCPS detective Brian Werder at 970-416-2387.

Note: This breaking news story will be updated