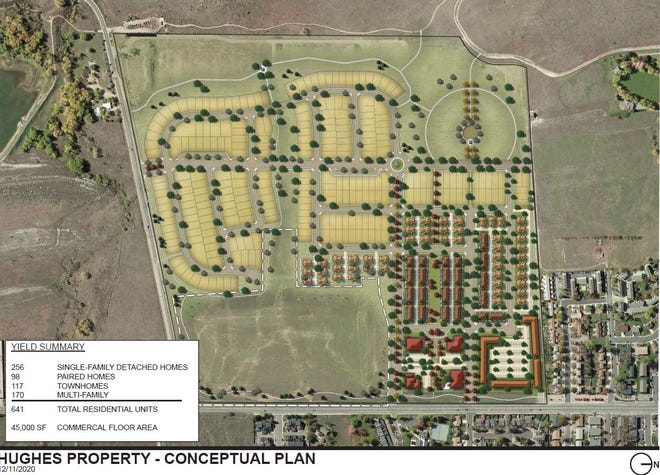 Editor’s note: Covering an election is more than just reporting the results. We at the Coloradoan have been pleased to bring you information on the candidates and the issues these past two months. But we can’t do that work without help from you. Please support the Coloradoan with a digital subscription today.

“We are ecstatic. We are so happy the voice of the community has been heard and that it’s essentially a mandate,” said Elena Lopez, a member of Planning Action to Transform Hughes Stadium (PATHS), the group that put the initiative on the city ballot.

Despite the overwhelming community support, the initiative cannot compel CSU to sell the land.

More:Hughes Stadium site redevelopment: Keep up with our ongoing coverage

CSU System said in a statement that it respected the voting process and the direction Fort Collins voters have provided to the city.

But it made no promises.

“As we have discussed all along with city leadership, this ballot measure does not bind the state to sell the Hughes property — that decision and authority rests with the Board of Governors of the CSU System,” the statement read.

“We look forward to future conversations with the city to determine if there is a path forward.”

Lopez said CSU has an opportunity to make this a win for the community and a win for the university by working on “a fair deal” with the city.

The CSU System already rejected one city offer to buy the property that it said was too low. The approved ballot initiative instructs the city to try to buy the site at fair market value.

“It’s clear the property is near and dear to many in our community, and our voters have spoken,” Atteberry said.

The vote now puts into question whether the university system will stand firm on its plans to build 462 single-family homes, duplexes, townhomes and up to 200 apartments, a day care, urgent care, transit center and 70 acres of open space on the land.

CSU says Hughes’ redevelopment doesn’t have to be an either/or. Its current plans include 70 acres — 42% — of open space, including the existing detention pond and disc golf course, while providing “much needed affordable and attainable housing for its lower-wage workers.”

The issue came down to a debate about whether the Hughes land was a crown jewel of Fort Collins worthy of preservation or a former parking lot that would cost the city big bucks to turn into viable open space.

Supporters of the ballot initiative said the site should be preserved because of its proximity to the foothills and the city’s Maxwell and Pineridge natural areas.

The proximity to other open space and the high cost to buy and restore the area is the very reason the Fort Collins’ Natural Areas department previously recommended against a city attempt to purchase the site. It would cost an estimated $3.5 million to $4 million to return the land to a state of natural vegetation and build a trail loop, bathroom, parking lot and other infrastructure, the city estimated. The resulting price tag would leave the city strapped for cash to spend on land acquisition for parks and open space in other parts of the city and county.

Although CSU did not campaign for or against the ballot initiative, Citizens for a Sustainable Economy, a group affiliated with the Fort Collins Area Chamber of Commerce, spent nearly $50,000 on mailers, digital ads and phone calls, outspending supporters of the initiative fourfold.

In a statement issued early Wednesday morning, Citizens for a Sustainable Economy, which formed the committee Stand With CSU, encouraged the university to move forward with its plans for attainable housing, child care, open space and transit improvements.  Stand With CSU “will continue to support the university in the next stage of this fight.”

Editor’s note: An earlier version of this story misstated the percentage of no votes. It has been corrected.