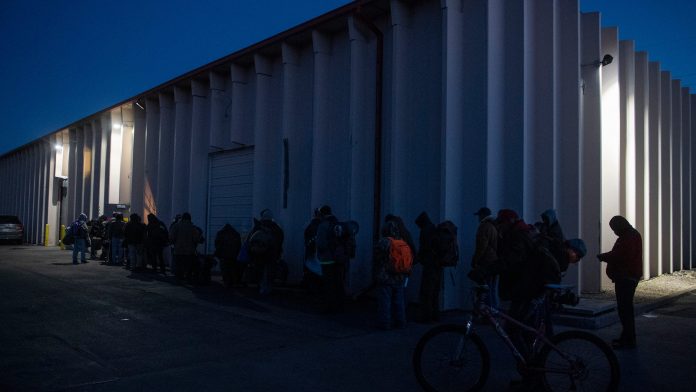 In a split vote, Fort Collins City Council decided against appealing a court ruling related to enforcement of the city’s camping ban.

Council voted 4-3 to not appeal the recent ruling, which found that Fort Collins Police Services unconstitutionally ticketed a man for sleeping in his car at a rest stop in 2018.  ACLU of Colorado assisted the man, Adam Wiemold, in his appeal of the ticket.

Council considered the possible appeal, along with another potential appeal related to the Hughes Stadium ballot measure, during a two-hour executive session on Tuesday.

When they emerged, three council members said they supported an appeal: Mayor Wade Troxell and council members Ross Cunniff and Susan Gutowsky. As one motivation for the appeal, Troxell cited a need for clarification on the question of voluntary vs. involuntary homelessness.

The voluntary/involuntary question is relevant because the Eighth Amendment “prohibits the state from punishing an involuntary act if it is the unavoidable consequence of one’s status or being,” according to the ruling from 8th Judicial District Judge Julie Kunce Field.

The city had argued in court proceedings that Wiemold was voluntarily homeless when he got the ticket because he had been sleeping in his car to pay off credit card debt and didn’t try to go to out-of-town shelters. Field, however, ruled that Wiemold’s homelessness was involuntary that night because shelter wasn’t available to him. She didn’t rule on the broader question of whether he chose to be homeless.

Several council members said they don’t think the courts should weigh in on the question of voluntary or involuntary homelessness.

“I think the judge was very clear that this ruling was specific to this case, and a large reason the city wants to appeal is to define the differences between involuntary and voluntary homelessness, which I think isn’t really anyone’s business,” council member Julie Pignataro said.

It wasn’t immediately clear on Wednesday what the decision means for future enforcement of the camping ban. City officials didn’t respond to Coloradoan questions in time for the newspaper’s daily deadline.

Field didn’t strike down Fort Collins’ camping ban, which states that people can’t sleep in public places that are not designated for camping or on private properties, except temporarily with the owner’s permission. Fort Collins police have used the policy to ticket people for camping outside or in vehicles.

Instead, Field said her ruling applied specifically to Wiemold’s case. He was an employee at Fort Collins Rescue Mission at the time of the ticket and was prohibited from staying there. He said he couldn’t sleep at the Catholic Charities shelter because of employee policy and possible safety issues.

“The facts here would likely not apply to other individuals who are homeless in Fort Collins who would have access to either shelter in Fort Collins,” Field wrote in her ruling.

Still, the ACLU argued that Field’s ruling could mean that Fort Collins can’t enforce its camping ban in other circumstances when people can’t access shelters: If both shelters are full or they face life circumstances that prevent them from staying at a shelter.

“Some people just can’t go to the shelters,” ACLU of Colorado Legal Director Mark Silverstein previously told the Coloradoan. “To punish them for sleeping outdoors when they have no choice violates the Constitution.”