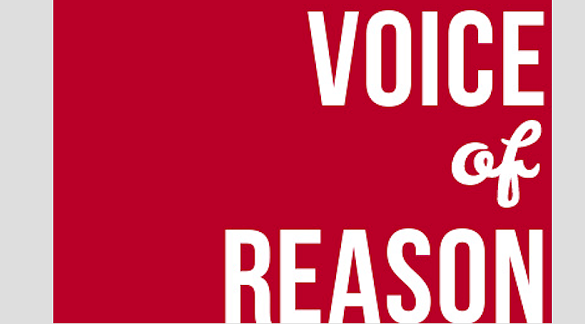 Do you find yourself quicker to anger these days? Do you have perpetual anxiety about the path our country has taken? Are you more cynical about our nation’s sacred institutions and the various engines that drive our economy, health care and politics?

It’s not just your imagination, you’re not alone, and it’s not a coincidence.

See, your anger and insecurities aren’t simply more public these days thanks to the ubiquity of social media — those emotions have actually been commoditized.

Our anger is big business, and many of us on the supply side don’t even know it. That’s a dangerous thing, especially as our nation battens down the hatches in preparation for another highly contentious election year.

Consider this: Last year The Atlantic published a piece titled “YouTube Extremism and the Long Tail.” In the article, Conor Friedersdorf investigates the impact social media has on impressionable minds.

“Zeynep Tufekci, the insightful scholar and observer of sociology in the internet era, argued over the weekend that YouTube is unwittingly radicalizing some of its viewers through the videos that it automatically recommends that they watch next,” Friedersdorf writes.

“[Tufekci] was watching Donald Trump rallies while conducting research, sitting through clip after clip, when eventually she noticed ‘autoplay’ videos ‘that featured white supremacist rants, Holocaust denials and other disturbing content.’ Then she watched a bunch of Hillary Clinton and Bernie Sanders videos. Soon, ‘I was being directed to videos of a leftish conspiratorial cast,’ she wrote, ‘including arguments about the existence of secret government agencies and allegations that the United States government was behind the attacks of Sept. 11.’

“It promotes, recommends, and disseminates videos in a manner that appears to constantly up the stakes. Given its billion or so users, YouTube may be one of the most powerful radicalizing instruments of the 21st century,” the article reads.

Friedersdorf reports that the same held true for other subjects, from vegetarianism to jogging — whatever the topic, the algorithms adapted to suggest progressively extreme content.
In a sense, we have all become the frog in the increasingly heated cauldron. We’re reaching a boiling point, and most haven’t noticed.

But the phenomenon isn’t unique to Google’s behemoth video-sharing site.

Rose-Stockwell’s lede: “The world feels more dangerous. Our streets seem less safe. The assault on our values is constant. The threats feel real. The enemy is out there —  just check your feed.”
Rose-Stockwell writes of a doctor in the U.S. diagnosed with Ebola and the social media fervor that followed, much of the information incomplete or outright inaccurate.

“Social media exploded around the topic, reaching 6,000 tweets per second, leaving the Centers for Disease Control and public-health officials scrambling to curtail the misinformation spreading in all directions,” he writes. ”… The emotional response  —  and the media attached to it — generated billions of impressions for the companies reporting on it.”

“Those billions were parlayed directly into advertising revenue,” he writes. “Before the hysteria had ended, millions of dollars worth of advertising real-estate attached to Ebola-related media had been bought and sold algorithmically to companies.”

This is our brave new world, and it’s tearing us apart. We are allowing algorithms to decide who we converse with, the products we buy, the causes with which we’ll ally — we let them determine our happiness, while the only ones with a reason to be happy are those making millions from our anger.

We are less than two months from entering an election year that is shaping up to be one of the nastiest in our nation’s history; we’re also drawing closer to the beginning of our holiday season, a period traditionally seen as a time for reflection, gratitude and charity. It’s a time to reflect on the best of humanity and focus on the positive change we can make together. As we approach 2020, be aware of the information you’re digesting, who is feeding it to you, and why. And in the spirit of the season, find a way to bring joy to someone who is different from you.

After all, we are in this together — there is no other option.