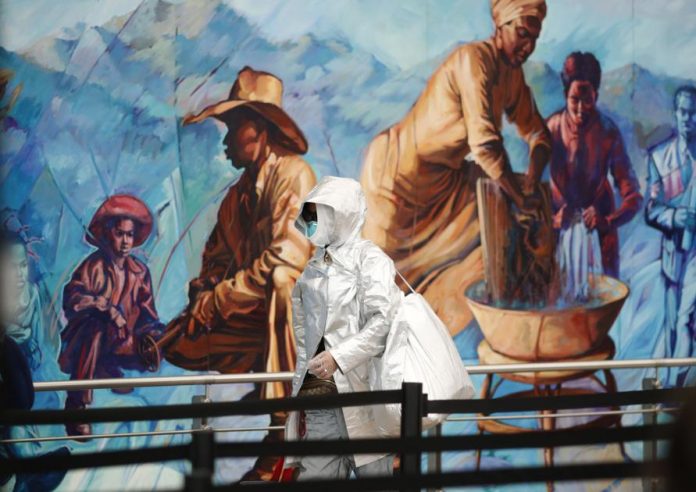 Gov. Jared Polis ordered the suspension of elective surgeries, closure businesses such as salons and spas, and extended the closure of dining areas at bars and restaurants in Colorado through April 30 because of coronavirus crisis.

It also defines the closure of gyms to include fitness, dance, exercise or group classes, exercise studios and centers, recreation centers, bowling alleys, pools, and other indoor athletic facilities.

The governor also ordered hospitals and health facilities to cease elective surgeries from Monday through April 14 to conserve the use of ventilators and respirators, and personal protective equipment such gloves, gowns masks. Respirators and ventilators are needed for those who become severely ill from coronavirus. The World Health Organization announced March 3 the global supply of personal protective equipment was rapidly depleting because of rising demand, panic buying, hoarding and misuse.

Rural and critical access hospitals will still be allowed to perform elective surgeries, but are strongly advised to postpone them.

The governor also extended an opportunity for residents who are not insured through an employer to purchase insurance from Friday through April 3 through Connect for Health Colorado. Coverage purchased in this window will take effect April 1.

If you suspect you were exposed to COVID-19

The state health department advises those who have mild symptoms, suspect they were exposed, and are either unable to get tested or are waiting on test results stay home until:

Anyone in their household they have had close contact with (within six feet for approximately 10 minutes) should self-quarantine for 14 days, even if they haven’t been tested positive for COVID-19.

Those who experience shortness of breath or other severe symptoms should call their doctor.

The new orders from Polis came on the same day it was announced that a second El Paso County resident had died from COVID-19, one of two announced Thursday that raised the number of coronavirus deaths in Colorado to four.

El Paso County health officials also confirmed there had been an outbreak of six cases of the flu-like disease that has killed thousands worldwide in a southeast Colorado Springs nursing home, Laurel Manor Care Center.