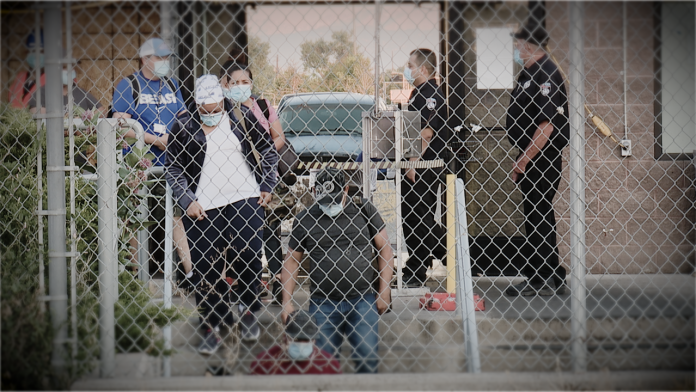 GREELEY, Colo. — An employee of the JBS meat packing plant in Greeley says the company is placing its workers in harm’s way by ignoring state and federal safety requirements enacted to reduce the spread of COVID-19.

The worker, who spoke to Denver7 Investigates on the condition that the station protect her identity due to the risk of losing her job, said that social distancing is not occurring inside and outside the plant and workers continue to get sick.

“I put my family at risk every day by going to that job and coming home,” the employee said. “I’m just not going to be quiet anymore.”

The employee showed Denver7 her current JBS employee badge to prove she was currently employed.

Largest employer outbreak in the state

Roughly 6,000 workers are employed by JBS in Greeley, which produced one of the largest outbreaks of COVID-19 in the state, leading to the plant’s closure for two weeks in April.

Currently, the plant has 281 confirmed cases with five more in the corporate office, according to the Colorado Department of Public Health and Environment. Six plant workers died from the virus along with one member of the corporate team. The case numbers are higher than any other business in Colorado.

The whistleblower said she was showing symptoms of the virus a short time ago, but supervisors did not tell her to go home, despite the fact that she was coughing. She later tested negative for the virus.

“It’s scary that some people are still getting sick with it from there,” she said.

She added that social distancing in her portion of the plant is virtually impossible and not happening when she is working.

JBS plant shut down before Easter

After the plant reopened in late April, JBS leadership agreed to follow guidelines from the state’s health department and Centers for Disease Control and Prevention guidelines designed to keep employees safe, including ensuring social distancing among workers.

A Denver7 camera, out in front of the plant early on a recent weekday, captured employees entering the plant in close proximity to one another with several workers not wearing masks. A security guard watched as people walked by for several minutes before jumping into action and separating people.

The employee says that distancing is also not happening inside and believes the company is not following the guidelines of the CDC.

“It’s not happening,” the employee said. “Inside the plant it’s even worse. It’s just horrible, terrible. There is no social distancing in there. There’s so many employees elbow to elbow. It’s not happening with the dividers up.”

When learning of the whistleblower’s complaints and the video of workers entering the plant, Colorado Gov. Jared Polis said he was “shocked.”

“I hope that this is a wakeup call to employers, including JBS,” he said. “They know how serious this is. There is no real excuse for not taking every precaution they can.”

That visit confirmed the concerns raised by the whistleblower and the video recorded by Denver7.

“There certainly is room for improvement,” Herlihy said. “We did observe some clustering of employees as they entered the facility and obviously when individuals are clustered, there is potential for transmission to occur.”

She said there were some safety improvements, but the health department will still issue new recommendations based on what investigators saw outside.

JBS responds with a statement

JBS continued to decline requests by the Denver7 Investigative team for an on-camera interview to discuss the numerous issues reported since the pandemic swept through Colorado. Instead, the companies leadership team responded to a request for comment on Tuesday by providing a statement, noting that the plant has only one new positive case in the past three weeks and two in the past month.

“We will continue doing all we can to keep the virus out of our facility and keep our team members safe as the nation continues to battle COVID-19,” the statement read. “Our thoughts are prayers are with everyone who has been impacted by the pandemic and with our JBS families who have lost loved ones.”