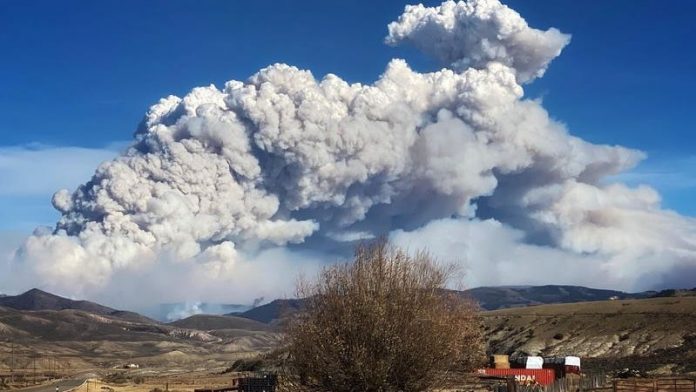 Editor’s note: This story is being provided free to all readers in the interest of public safety. Support the Coloradoan’s efforts to keep Northern Colorado informed by subscribing via the link atop this story.

The tourist town of Grand Lake and surrounding area on the southwest edge of Rocky Mountain National Park is under mandatory evacuation after the East Troublesome Fire erupted Wednesday afternoon.

The wind-driven fire burning west of Lake Granby has quickly grown to more than 30,000 acres with 10% containment as of Wednesday evening, according to a fire video update, sending evacuees fleeing and closing the west side of Rocky Mountain National Park.

Social media posts showed vehicles lined upon on highways trying to leave the area and flames could be seen from Granby and Grand Lake on Wednesday evening.

Evacuees are being asked to travel south on U.S. Highway 34 through Granby. Trail Ridge Road through RMNP is open for evacuees, though westbound travel is closed at Rainbow Curve.

The park said in a release that Trail Ridge Road travelers should be aware of low visibility due to wildfire smoke. It also said fire activity is rapidly changing and road closures may be put in place quickly.

A evacuation center has been set up at the Inn at Silver Creek for East Troublesome evacuees.