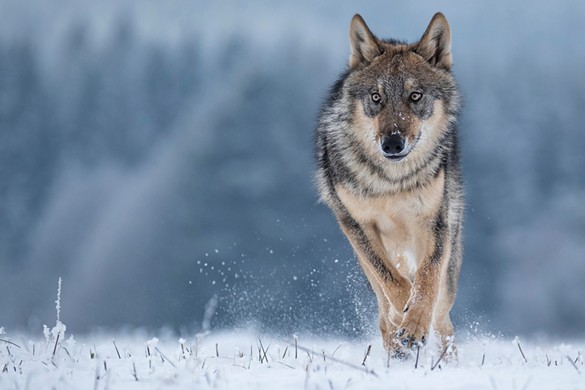 Gray wolves could make a comeback in Colorado

An initiative put forward by a group working to restore gray wolves to the Colorado wilderness has qualified for the state’s 2020 general election ballot, the Colorado Secretary of State’s office announced Jan. 6.

If approved by at least 55 percent of Colorado voters, the Restoration of Gray Wolves initiative would allow for the reintroduction of gray wolves on designated areas west of the Continental Divide. A specific restoration plan would be developed by the Colorado Parks and Wildlife Commission, a citizen board appointed by the governor, with public input.

Two days later, Colorado Parks and Wildlife (CPW) announced that a pack of gray wolves appeared to be traveling in northwest Colorado. Officials reached that conclusion based on eyewitness reports from a hunting party, and the discovery of a scavenged elk carcass.

“The sighting marks the first time in recent history CPW has received a report of multiple wolves traveling together,” CPW Northwest Regional Manager JT Romatzke said in a statement.