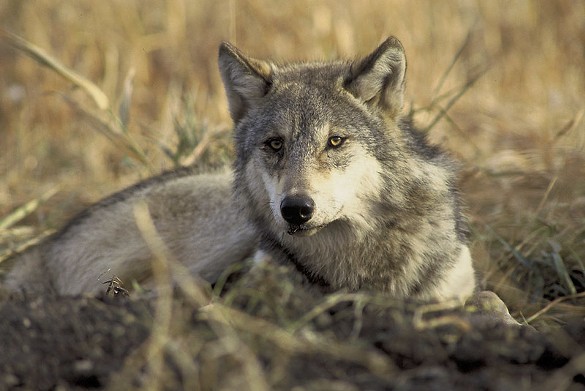 A group working to restore gray wolves to the Colorado wilderness has qualified for the state’s 2020 general election ballot, the Colorado secretary of state’s office announced Jan. 6.

The Restoration of Gray Wolves initiative‘s proponents, led by Gail Bell and Darlene Maria Kobobel, had to collect 124,632 valid signatures to put it on the ballot. They submitted 215,370 — about 139,000 of which were projected to be valid, based on a random sample.

If approved by at least 55 percent of Colorado voters, the initiative would allow for the reintroduction of gray wolves on designated areas west of the Continental Divide. A specific restoration plan would be developed by the Colorado Parks and Wildlife Commission, a citizen board appointed by the governor, with public input.

Ranchers and farmers — many of whom have been opposed to efforts in other states to reintroduce gray wolves — would receive compensation for loss of livestock caused by gray wolves.

According to the initiative language, wolves were an “essential part” of Colorado’s habitat in the past, but have been functionally extinct for 75 years.

The commission would hold statewide hearings before developing a management plan for reintroducing gray wolves. It would have to take into account “scientific, economic and social considerations,” begin reintroduction by Dec. 31, 2023, and include:

• the selection of donor populations of wolves;
• the places, manner and scheduling of reintroduction;
• details for establishing and maintaining the wolf population; and
• methods for determining when the population is self-sustaining, and when to remove it from the endangered species list.

Under the ballot initiative, the commission could not impose any land, water or resource use restrictions on private landowners in order to carry out wolf restoration efforts.

The initiative also directs the state Legislature to designate money in the state budget to pay for the restoration, in order to cover any costs exceeding the money available from the state’s wildlife restoration fund.

Legislative staff calculated the initiative would cost $344,000 over the fiscal year that starts in July of 2021 and $467,000 the following year. Those first two years would be for creating the restoration plan — so costs would likely increase in future years.

Those costs would probably include acquiring about 10 wolves per year, transporting them and housing them, as well as paying compensation to ranchers and farmers. But staff didn’t estimate the costs of actual restoration, as they’d depend on the specifics of the restoration plan.

In their analysis, staff also noted that Colorado would require federal approval for restoration efforts, because the gray wolf is designated as endangered under the Endangered Species Act. But in March of 2019, the federal government proposed removing the gray wolf from the list — meaning it must decide by March of this year whether to do so. If the wolf is removed from the endangered species list, then federal approval wouldn’t be necessary.

Reintroducing gray wolves may also decrease populations of animals such as deer and elk available for hunting, the analysis notes, but could foster more interest in outdoor recreation (other than hunting) by having a positive effect on some ecosystems.

The gray wolf initiative is the third initiative so far on the 2020 ballot, after a referendum on the National Popular Vote law and another initiative changing language in the state constitution to explicitly say that only citizens can vote.