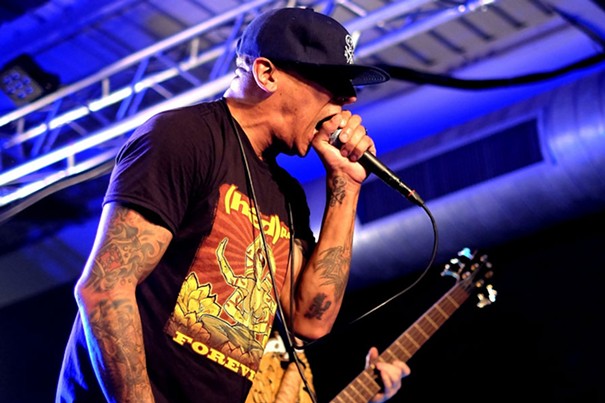 Few expected G-punk to last 25 years, not even the band that came up with the term. Which is not to say that (Hed) p.e. haven’t progressed on some levels over the course of 11 studio albums, numerous lineup changes, and an obsession with the 9/11 Truth Movement that resulted in the 2009 concept album New World Orphans.

But that original fusion of gangsta rap, punk and hardcore has always been part of the formula. And yes, the “CANIROCK” single does find co-founding vocalist Jared Gomes breaking out the Auto-tune, but if you’d been screaming your lungs out for a quarter-century, you would too.