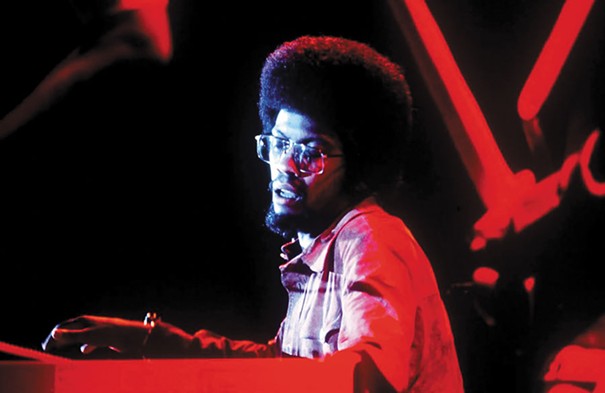 Four months ago, modern-jazz keyboard icon Herbie Hancock brought his latest ensemble to Denver for a date at the Mission Ballroom. Now comes this jam-band generation tribute to Hancock, featuring members of The Motet and Big Gigantic.

It’s an ambitious undertaking, to say the least. Over the course of more than five decades, Hancock has demonstrated an unrivaled mastery of multiple genres. He enlisted the assistance of Grand Mixer D.ST and members of the NYC experimental funk group Material for his 1983 hip-hop crossover hit “Rockit.” He’s recorded more than 40 studio albums, ranging from Bill Evans-style solo piano works to Latin jazz excursions and beyond. And, perhaps most famously, he’s pushed the boundaries of jazz both as a bandleader and as a member of the Miles Davis Quintet during its much-celebrated Bitches Brew period.

Billy Cobham once told a story that conveys Hancock’s ability to tackle any musical challenge. Miles Davis was recording his 1971 Tribute to Jack Johnson album when Hancock, who’d been recording in an adjacent studio, walked by. “He looked through the window,” recalled the drummer, ”and Miles said, ‘Come in!’ Herbie came in with a bag of groceries, and Miles pointed him towards a Farfisa organ that was inoperative at the time. While we played, Stan Tonkel, the engineer, went over and plugged the organ in. Herbie dropped his grocery bag, and tried to play a solo on the organ. He couldn’t get a sound, so he put his forearm across the keys, and suddenly the thing goes… wwraammm! And I’m watching all this from my drum set, as I play!”

This is not the first time that Motet members have recruited like-minded musicians to take on Hancock’s work, and it likely won’t be the last. A review of one of their earliest tribute performances described it as two hours of sweaty funk, enough to tide fans over until Hancock’s next southern Colorado visit.