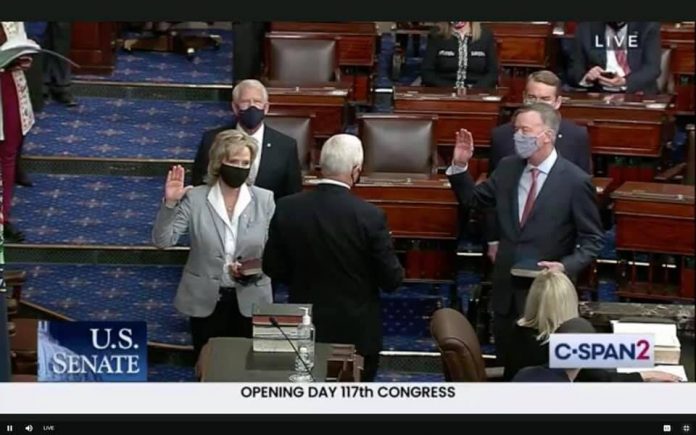 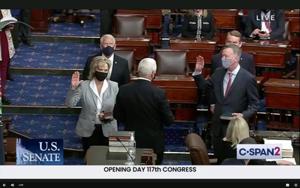 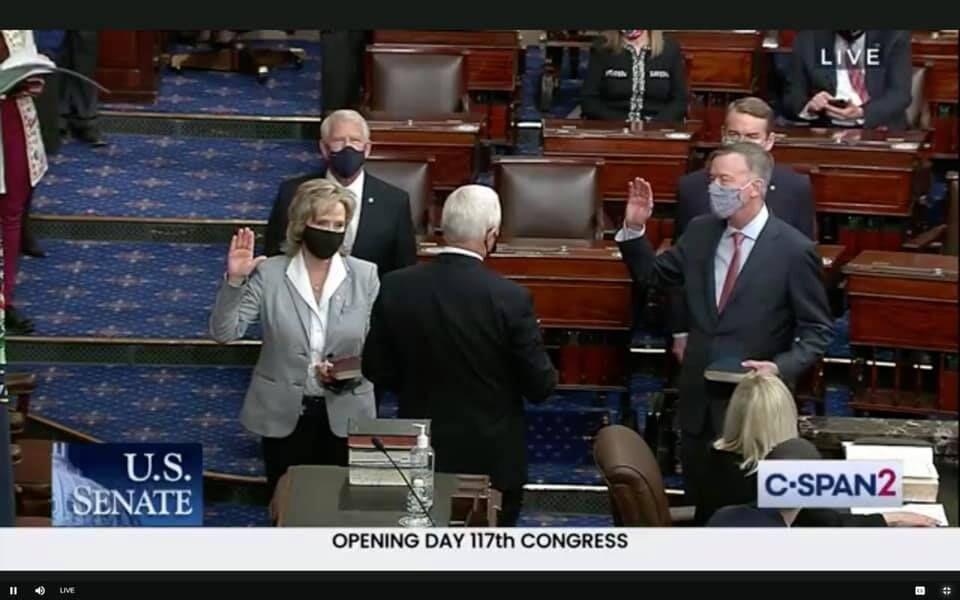 Stop calling him former governor, just like you had to get used to stop calling him mayor a decade ago — John Hickenlooper is now a Colorado U.S. senator.

He was sworn in Sunday morning, with Colorado’s other Democratic senator and his former employee, Michael Bennet, standing behind him.

The oath was administered by Vice President Mike Pence, who, like the senators, wore a face mask. The senators were sworn in in pairs. Hickenlooper stood next to Republican Cindy Hyde-Smith of Mississippi.

After the oath was completed, Pence bumped elbows with Hickenlooper and Hyde-Smith rather than shake hands, both signs of the pandemic times.

Both newcomers were joined by their state’s senior senator.

Control of the Senate, however, won’t be decided until Tuesday, pending the Georgia runoff Sen. Kelly Loeffler against the Rev. Raphael Warnock, as Sen. David Perdue meets John Ossoff. Both incumbents are Republicans.

The new senator’s office did not release a statement Sunday morning.

Gardner has not been responsive to media requests since he lost the Nov. 3 election, but on Dec. 8 he posted a video of his farewell address to the Senate on his Twitter account. Gardner served three terms in the Colorado House of Representatives and two terms in the U.S. House before being elected to the Senate in 2014.