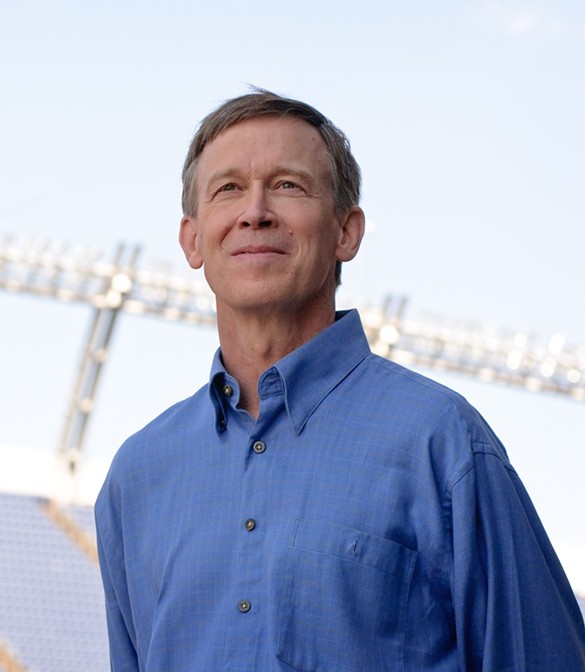 Based on early returns, former Colorado Governor John Hickenlooper was defeating former Colorado State House Speaker Andrew Romanov by 19 points (59 percent to 40 percent for the Democratic nomination in the U.S. Senate race. At 7:20 p.m., 19 of 64 counties had reported, and both candidates together tallied less than 500,000 votes. But that deficit would be difficult for Romanov to overcome.

In El Paso County, Hickenlooper was capturing 64 percent of the vote to Romanov’s 36 percent with only 64,000 votes counted.

If Hickenlooper pulls out a victory, he’ll face incumbent Republican Senator Cory Gardner, who political pundits have labeled as occupying one of the most vulnerable seats in the nation as the Dems try to take control of the upper chamber.

Meantime, Deputy District Attorney Michael Allen was running an advantage of 54 percent to 46 percent over El Paso County Commission Chairperson Mark Waller in the Republican primary for district attorney in the 4th Judicial District. Because no Democrat is running, the primary winner will take the seat. Only 77,000 votes had been counted.

Both candidates had issues leading up to their political careers, as we previously reported. And then there was the residency controversy involving Waller, who was later cleared of allegations that he had moved out of his commission district and responded by lashing out at his opponent and those who stirred the waters over the residency issue.

Regardless, Waller leaves his commission seat in January, while Allen would take a step up to DA that same month if his lead held through final results.

In the interest of disclosure, the Indy endorsed Romanov and Allen.

In State House District 20, the Democratic primary saw Meg Fossinger defeating Susan Crutchfield by a margin of 63 percent to 37 percent. The winner takes on Rep. Terri Carver in November.

As for who made their voices heard, 796,467 Democrats statewide had cast ballots by noon, compared to 511,789 Republicans. Unaffiliated voters casting Democratic ballots outnumbered Republicans 275,015 to 104,033, according to the Secretary of State’s website.