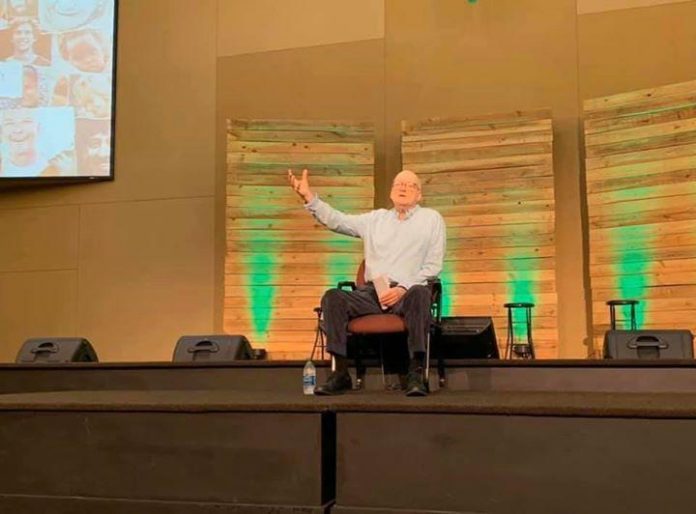 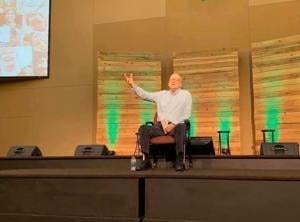 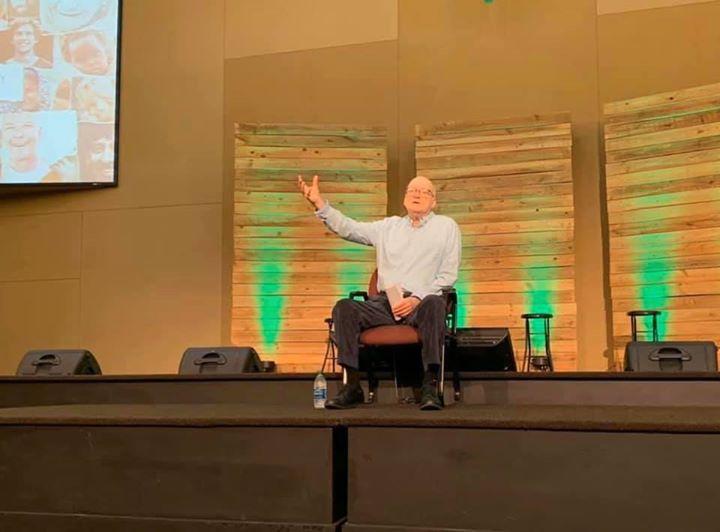 Mike Myers is a minister in Littleton who has long preached a message that is easy to understand yet difficult to live.

The message goes in two parts.

One, be highly skeptical of your motives and desires. Be tough on yourself. Be gentle with others.

I first met Mike in 1976 near Estes Park at America’s highest-altitude church camp. I was a long-haired teen who tended to tumble in trouble. He was the patient yet fierce camp director.

Ever since those summer days, Mike has inspired me to be better. Bolder. Stronger. More forgiving. More generous.

His words dwell in me today with even more power. Mike is battling COVID-19 in a Denver-area hospital. He is, according to nurses, a fighter, and his wife reports she senses a smile in his eyes.

When the text arrived Thursday saying Mike had been hospitalized, the might and terror of the coronavirus became fully alive for me. I was not a skeptic. I’ve talked with too many experts and pondered too many dark statistics. But the sting had not truly found me.

The virus has many faces. A 20-something friend in Denver tested positive for the coronavirus and spent an uncomfortable week in her apartment with a sore throat. But she never developed a fever and rebounded quickly.

Mike, because of his age and recent heart trouble, faces a vastly different struggle. Hundreds of his friends are praying while hoping we soon hear his distinctive, oh-so-slow Texas drawl. It takes Mike approximately as long to say hello as it takes a normal human to speak two sentences.

Each summer in high school, I arrived at Circle C Camp in my friend Randy’s Trans Am, and we immediately embarked on our annual project. We pulled, with some effort, the big wooden “BOYS” and “GIRLS” signs out of the ground. These signs pointed campers to their giant one-room dorms. And, yes, we switched them. This switch led to shouting and confusion for others and trouble for us.

Each summer, we thought no one saw us. Each summer, we were wrong. Church camp is the wrong place for misbehavior. Righteous teen snitches lurk everywhere.

After the first summer, Mike sat me down and said I would be washing dishes as punishment during the first few days of camp. I was a junior, and he knew I would return the next year.

“You will not do this again next summer, David,” Mike sternly commanded as I sat there thinking, “Wow, that sentence sure took him a long time to finish.”

A few years back, Mike introduced me before I spoke to his church, and he told the sign-switching story. He said he found great humor in the switch back in the 1970s. If so, he is the best actor I ever met.

He’s always been there for me. During an especially dark time in my life, Mike asked me to drive to his office. I thought we would talk 30 minutes, but the discussion lingered for hours. At one point, I was afraid I would break into tears, but my fear vanished when I looked at Mike.

He had tears in his eyes. He was weeping for the troubles of an old friend. He was there for me, fully and powerfully, as he always had been. That moment of concern and kindness will remain in my heart, always. That moment sums up Mike.

He called two years ago to ask me to attend a service that would welcome him back to the pulpit after surgery to repair his heart valve. He could not stand as he spoke, but his voice remained strong and his message of selfless service was as inspiring as it had been when I first heard him in the mountains in 1976.

I waited in a long line after the sermon to speak to Mike. I told him thanks for caring for me so much and for so long. Thanks for being so generous with his time. And thanks for not kicking me out of camp. Sitting here now, praying and hoping and wondering, I’m glad I expressed thanks to a man who lifted me for decades.

Beat this damned thing, Mike. I love you, brother.