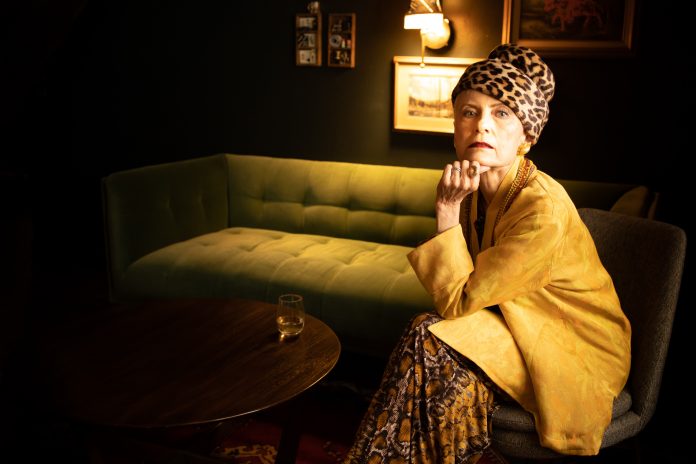 Judith Boyd — otherwise known under the name of her fashion blog, Style Crone — is a 76-year-old fashion influencer and now, an environmental activist in Denver. Dedicated to fighting the concept of ageism in the fashion industry through her work on her blog, Boyd routinely shows that fashion-forward women can make an impact regardless of age. Dismayed by the bushfires that have recently devastated parts of Australia, Boyd decided it was time to speak out against another social justice issue — climate change.

“I feel that being silent is to be complacent. For right now, I feel like it’s the perfect opportunity for me to be involved in this issue that is so crucial to the survival of all beings on the planet. It’s very acute and since I don’t have children to take care of now, I don’t have an employer, and I am healthy, just as my blog post said, it’s the perfect spot in time to be active in such an important movement,” Boyd explained. 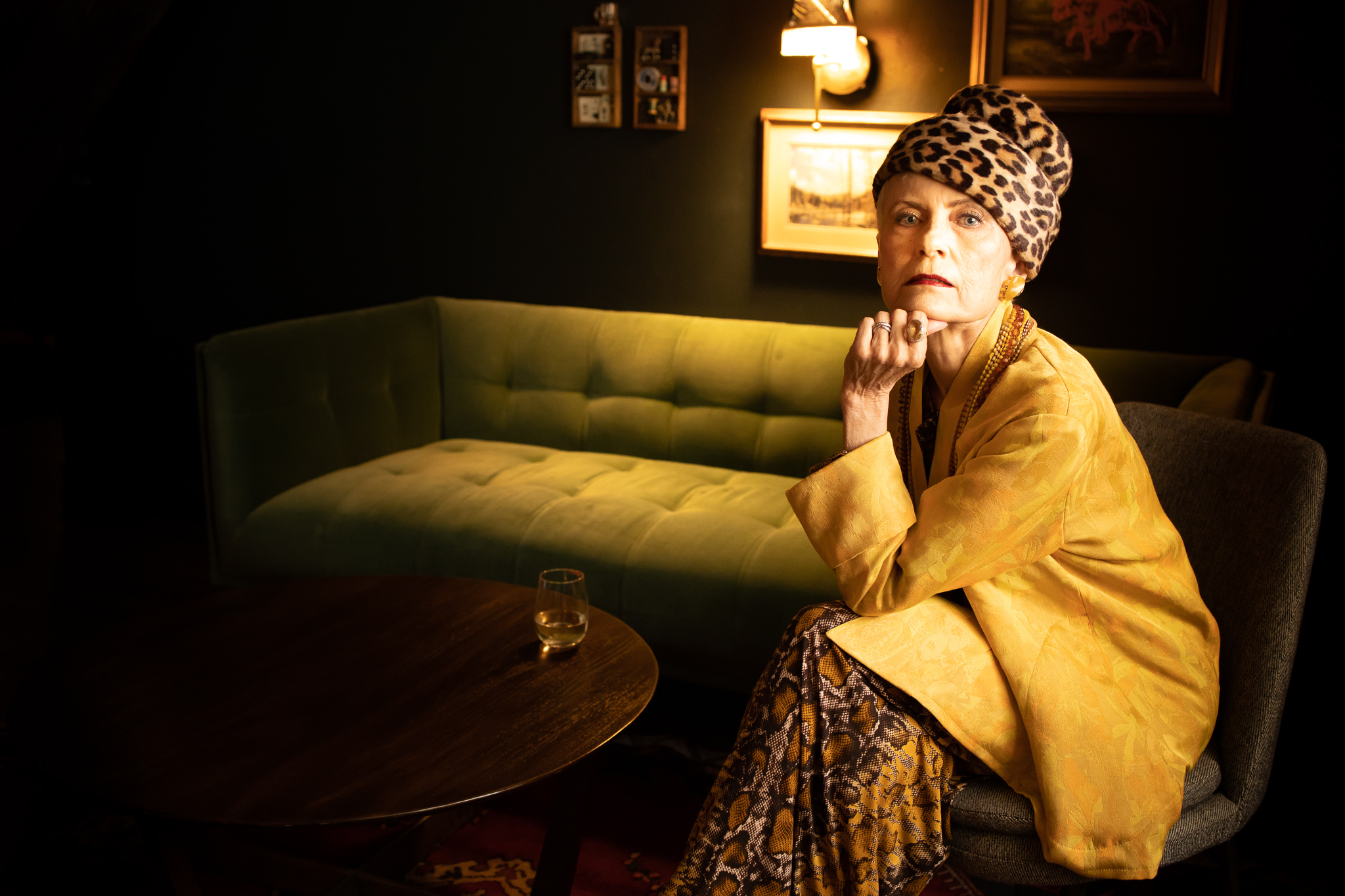 After researching Extinction Rebellion — an international movement Boyd described as, “a global environmental movement with the stated mission to use nonviolent civil disobedience to compel government action” — Boyd connected with a Denver chapter. On January 9, she officially joined the fight against fracking — specifically about a site a few hundred feet away from the Bella Romero Academy charter school in Greeley, Colorado — at a protest that commenced on the steps of the state capitol. As the chants of people exclaiming, “No well at Bella Romero, no more sacrifice zones” increased, Boyd found herself chanting alongside members of the Sunrise Movement, a group of young people dedicated to making climate change an urgent priority.

It wasn’t long before Boyd was shoved by a police officer trying to gain control over the situation, and one by one, she and the rest of the group were arrested outside of the capitol. Taking to her blog to report on her recent “24-hour life-altering experience” opened the eyes of fashion lovers and locals across Denver, and represented the importance of taking a stand for what you believe in. We spoke with Boyd to learn about her experience and what this means for her future as an influencer and activist in Denver. 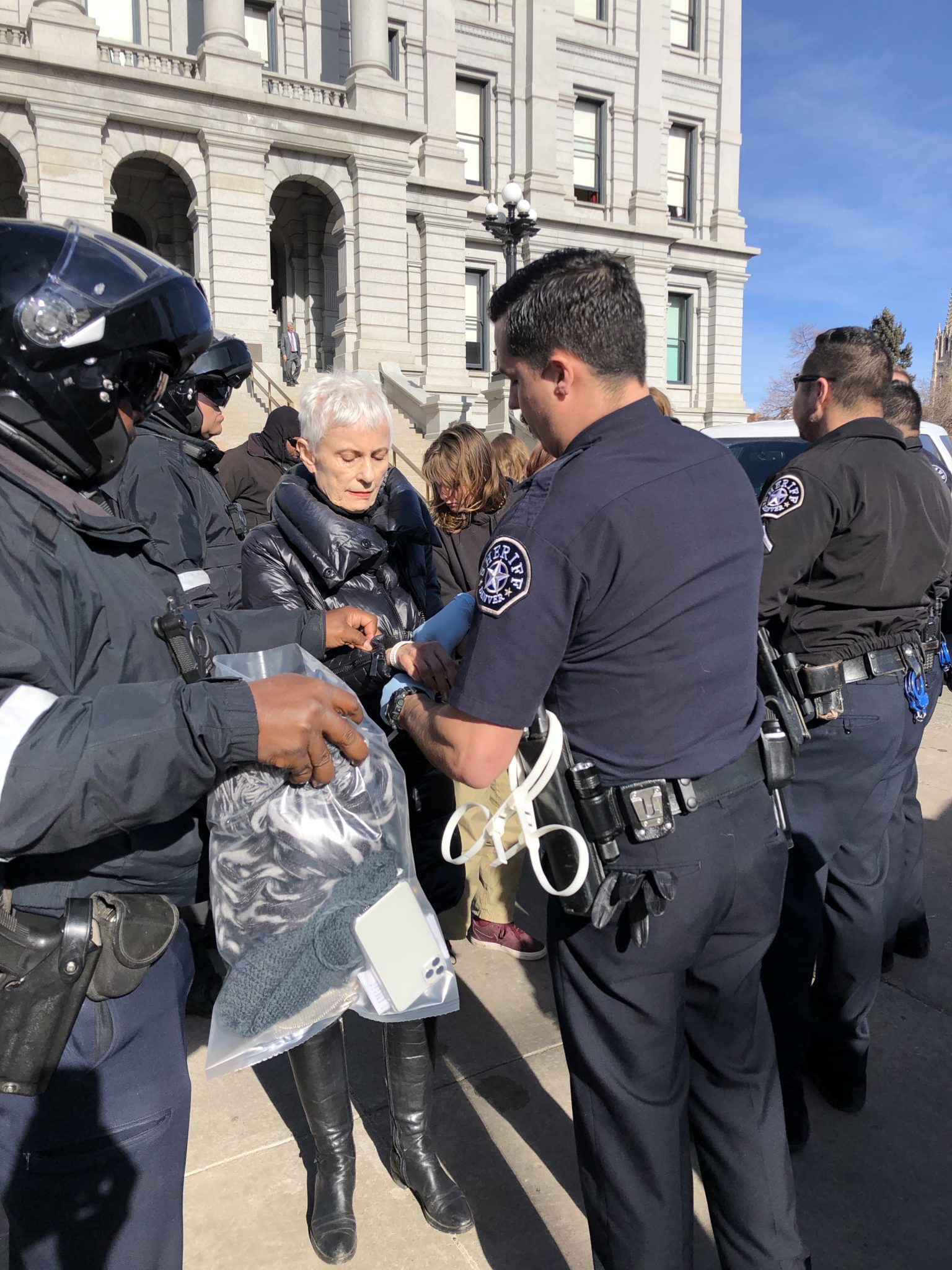 303 Magazine: Have you been in contact with anyone you met at that time? What events have transpired for both you and the protest since then?

Judith Boyd: I met people during the protest that I continued being in contact with from Extinction Rebellion and I plan to continue to be active with that organization whenever something comes up. I did go to a gathering last Friday night put on by Extinction Rebellion and I’ve been in contact with some of the people who I find to be interesting, committed and passionate. I like being with people like that.

303: You mentioned that you know people in Australia through social media and the devastating effects on the animals are what caused you to get involved in this protest in the first place. Can you tell us more about your connection to Australia and the climate crisis as a whole?

JB: I am very active on Instagram. I also have a blog and a Facebook page. I have more followers on Instagram than any of the other social media platforms and because of that and the niche that I’m in — which is older women in style — it doesn’t mean I don’t have followers or follow people who are younger. I have met one of my Australian friends face to face, but because of Instagram, I have developed virtual friendships with a number of people from Australia. Once you know somebody, even if it’s an online relationship, and you hear first-hand accounts of what’s happening and how devastating it is, it’s difficult to avoid it. It’s become very real to me, what’s happening there.

No one I know died, but it was overwhelmingly devastating to hear the stories and read what the people I knew were saying on Instagram, direct messages and stories. Knowing that this is what we’re dealing with, I really cannot just sit back and not do anything. Actually, when I started my involvement with the movement I felt less helpless because I was putting myself in a situation where even though I was one small person, I was taking myself to protests and participating fully in what happened, that somehow I felt less helpless. 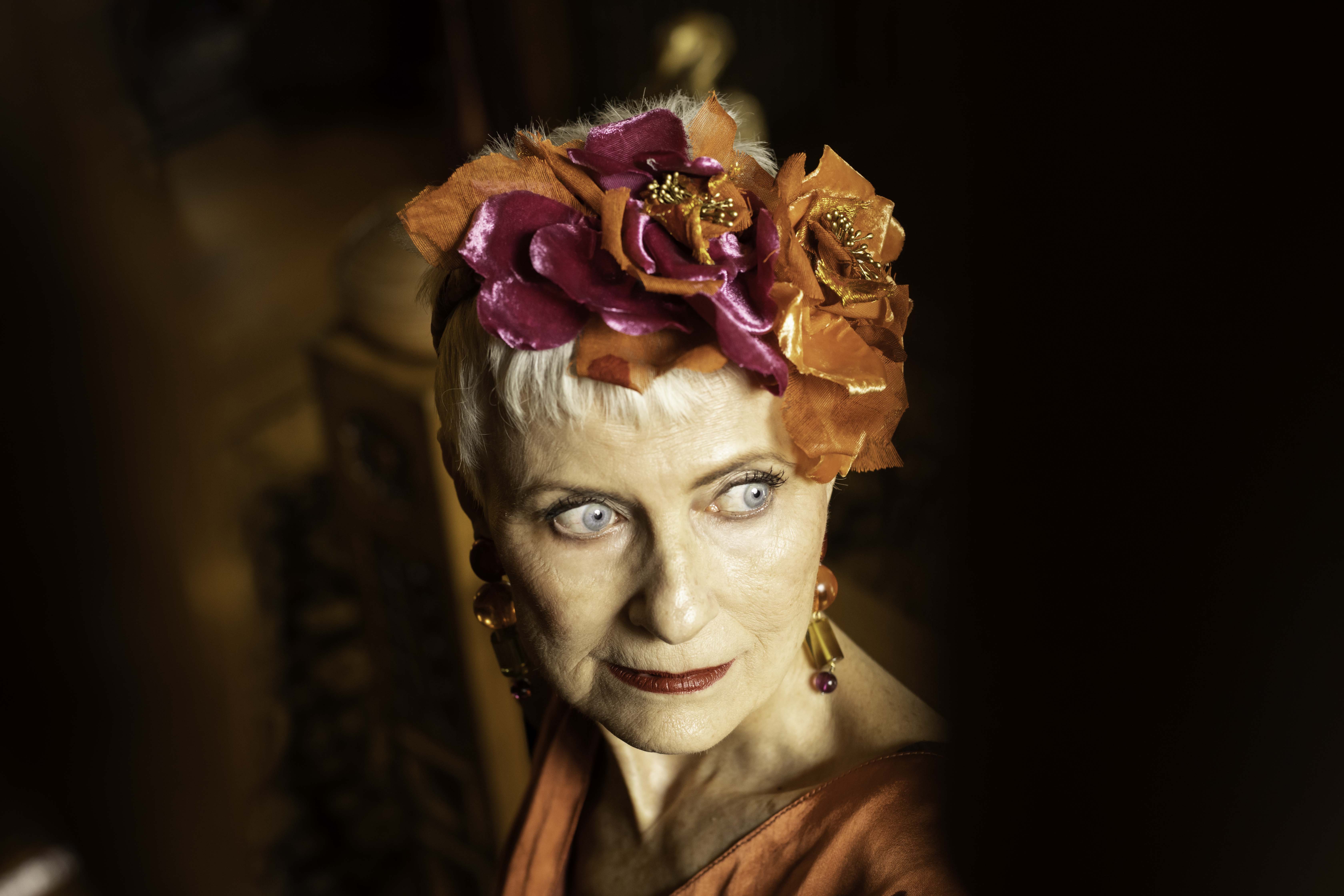 303: In your blog, you also said while in detention, “I had time to think and begin processing my experience.” What did you think about during this time? What did you process?

JB: The experience made me more determined than ever to be involved. It felt that I was pursuing the correct path. When I am moving through a situation, if everything falls into place, then it feels like I am somehow on the right journey and that’s what it was feeling like to me. I met so many young people that day and saw how focused and passionate they were about this issue, so the people I was with and that were also detained were all under 30, and they were part of the Sunrise Movement.  I believe in intergenerational energy. It’s important to me to know people from all age categories because everyone has a different perspective and is confronting different situations, but it also helps realize that we really are one. There is such a thing as ageism and I feel like intergenerational relationships help us see each other as humans and not “us versus them.”

303: You use style to fight against ageism, so how will you use her fashion platform to advocate for other issues like the climate crisis in this case?

JB: Right now I am focusing on the climate crisis because it involves so many other issues. It definitely involves white privilege, because the people that are suffering the most are black or brown, and that’s global. It encompasses every issue. It just includes human rights in general and the rights of animals, so that’s the movement I am focusing on. 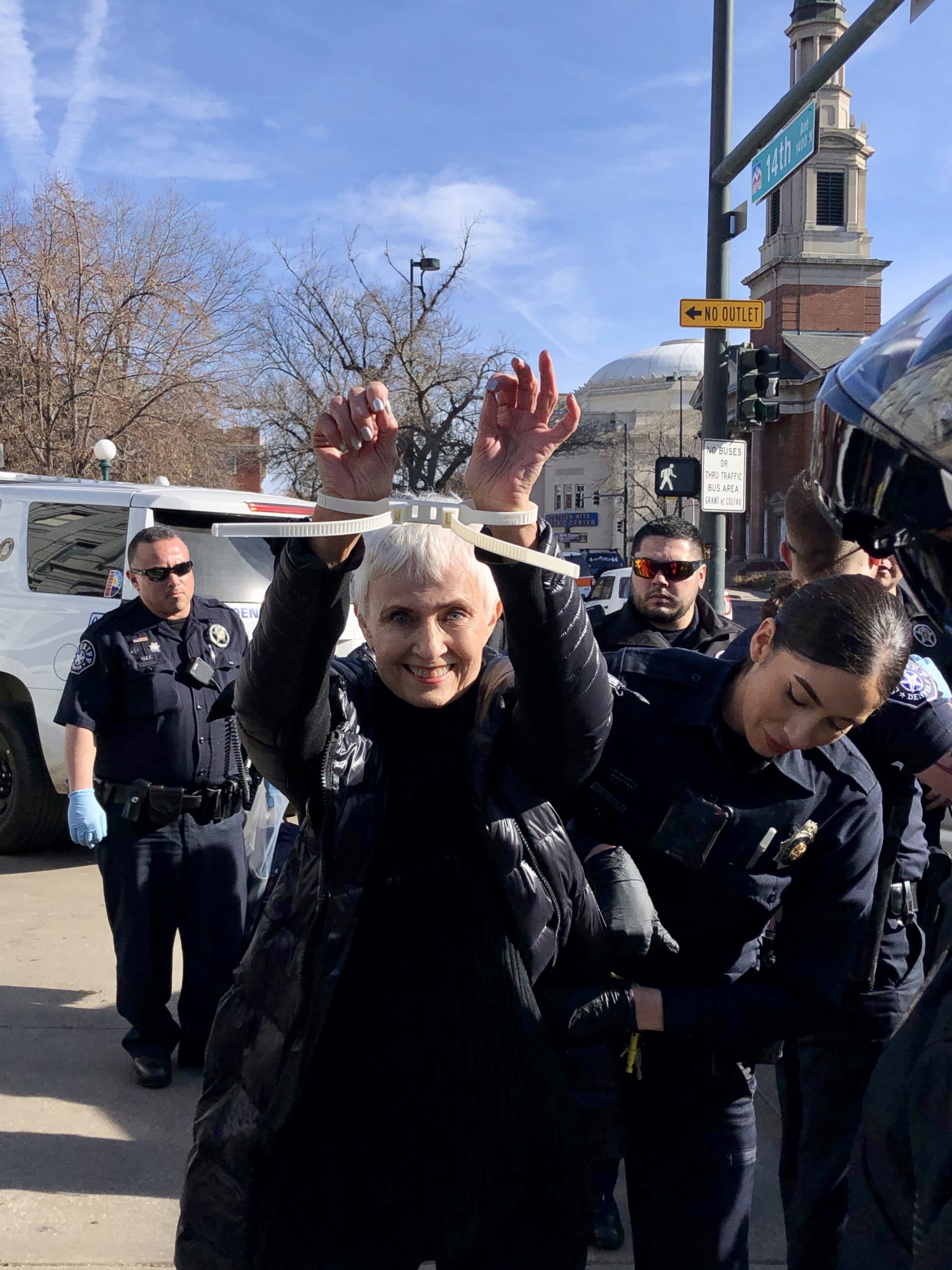 303: You also said, “I have been transformed and there is no turning back.” How so?

JB: Once I realized the urgency of this global crisis, there was no way I could turn back and then just sit back and not be active. I feel like that’s happened in my life quite a lot a few times before. Once you learn something or you understand the situation and what the consequences are, and that if you don’t change and continue to go on with life, as usual, it would not feel comfortable. It would make me feel anxious and probably feel very depressing. So for me, to move forward and continue to be active in this movement, it prevents that anxiety. It’s almost like having an “ah-ha” moment because of all of these changes that climate scientists are predicting soon. I think it’s an emergency. I think there is a lot of denial. It’s immobilizing because it’s so overwhelming.

303: You say in your blog that you are in a place in life where participating in civil disobedience can now evolve as your passion. Are there any other issues you feel passionate about and plan to be a part of in the future? What issues do you want to get involved with more?

JB: I’ve always been interested since the ’70s in women’s issues and animal rights. Animal and human rights kind of go together. And ageism, but we’ve already talked about that. I’m so busy with my social media. I have monetized my social media so it becomes a business. I only collaborate with businesses that fit my values, so I feel that that has to be authentic to collaborate with an artist or business. Just keeping up with Instagram to have my business move forward. It’s very time-consuming.

303: How has the local fashion community responded to your experience?

JB: I have received heartwarming support, which has been wonderful. People have commented on my Instagram and Facebook posts, conversations have sparked, and I received direct messages. I received over 30 comments on my blog, which is high. My following has not increased. I’m sure not everyone agrees with my stance, but it hasn’t decreased. 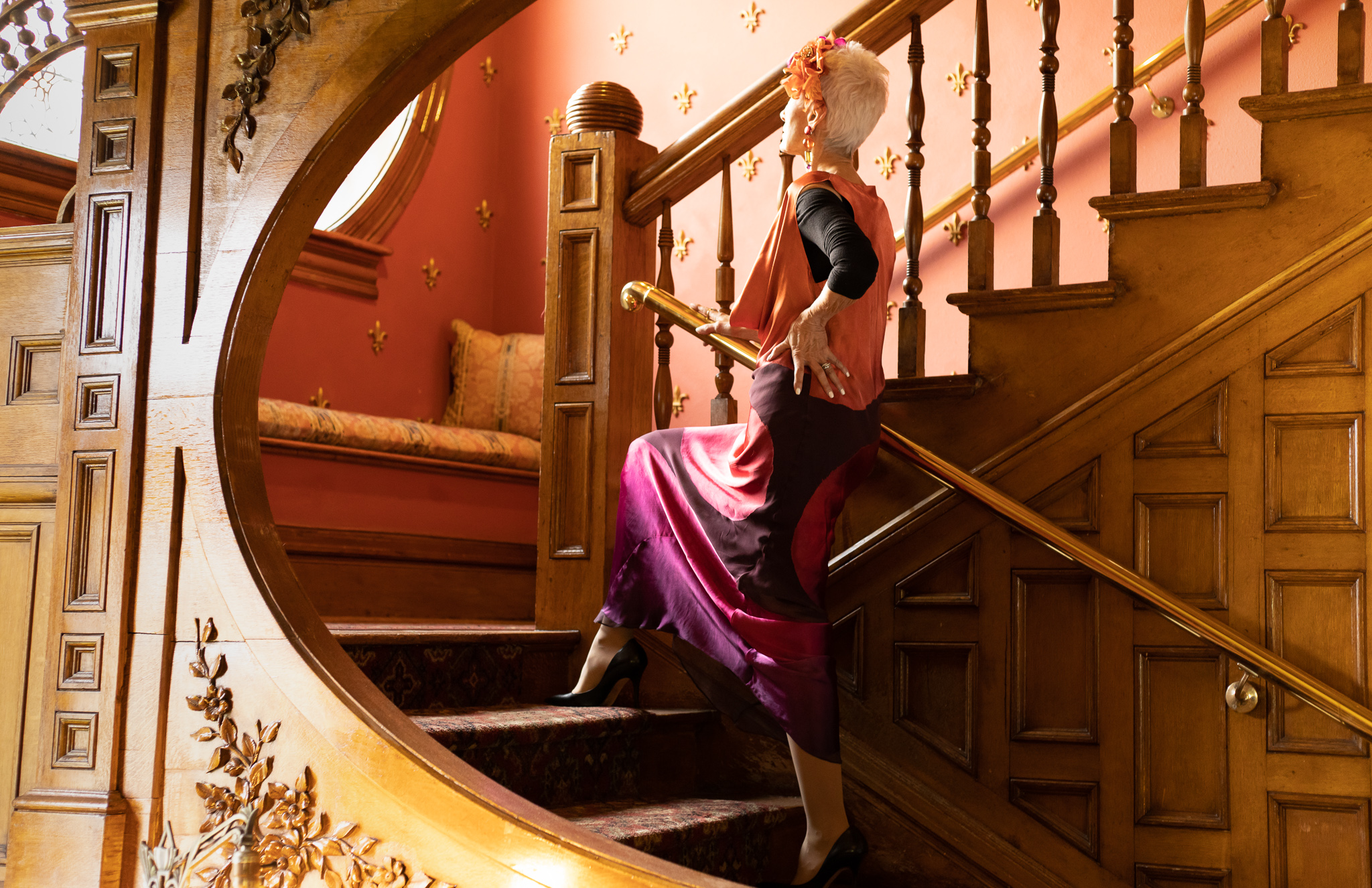 All photography by Karson Hallaway unless otherwise noted.