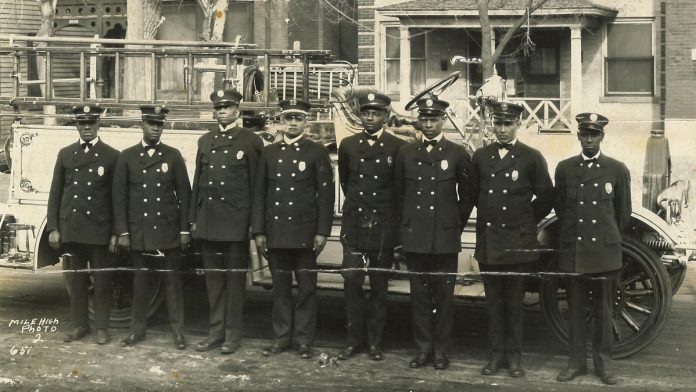 5th Annual Black Women Lead, Empower, Aspire, Dedicate Summit (BW-LEAD), 8 a.m.-3:30 p.m.
@University of Denver, Ritchie School of Engineering & Computer Science
In partnership with Denver metro area schools, University of Denver’s Center for Multicultural Excellence is hosting the 5th Annual Black Women – Lead, Empower, Aspire and Dedicate summit (BW-LEAD). This year’s theme is centered around black women’s civic engagement, and the goal is to have every participant leave with a better understanding of their identity and what it takes to become a leader in their personal life, school and community, and achieve academic success. Interactive tracks are planned for both high school black women and adults who are striving to encourage and empower them.

Active Minds: Civil Rights Act, 1-2 p.m.
@Central Library
The Civil Rights Act of 1964 was landmark federal legislation that outlawed major forms of discrimination against minorities and women. Take part in Active Minds and examine the act more than 50 years later and evaluate its impact on civil rights in the United States today.

‘Thunder Soul,’ 1:30-4:30 p.m.
@Central Library
In this documentary film released in 2010 (rated PG), alumni from Houston’s storied Kashmere High School Stage Band return home after 35 years to play a tribute concert for their beloved bandleader, who turned the struggling jazz band into a world-class funk powerhouse in the early 1970s.

Documentary Screening of ‘Black in Space: Breaking the Color Barrier,’ 5:30-8 p.m.
@History Colorado Center
Co-hosted with the Smithsonian Channel, this preview screening offers viewers the opportunity to learn about unsung heroes in the space race. A reception begins at 5:30, followed by opening remarks, the screening and a Q&A panel. This is a members-only event.

Bold Women. Change History. Featuring Carol Anderson, 7-8 p.m.
@History Colorado Center
In tandem with this year’s presidential election, best-selling author Carol Anderson explores the impact of gerrymandering, poll closures and the purging of voter rolls on voting rights and democracy. Anderson is a professor of African-American studies at Emory University and author of “White Rage.” She is also the author of “Eyes Off the Prize: The United Nations and the African-American Struggle for Human Rights,1944–1955” and “Bourgeois Radicals: The NAACP and the Struggle for Colonial Liberation, 1941-1960.”

The New Faces of Representation, 2-3 p.m.
@Eugene Field Branch Library
As Colorado and the nation diversify demographically, legislative bodies also have reached unprecedented racial/ethnic and gender diversity. Beyond reflecting the composition of their constituencies, diversified representation has profound effects on the representation of group interests, political parties and the legislative process. Learn what political scientists have discovered about what the new faces of representation mean for American politics moving forward.

Talking With Kids About Race in Current Events & Children’s Media, 2-4 p.m.
@Sam Gary Branch Library
How do we talk to the children in our lives about race, social justice and equity? In this discussion-based workshop, adults will explore their own messages about race and discuss strategies that engage children in meaningful dialogue. Facilitated by members of Denver Public Library’s Read. Awareness. Dialogue. Action. (R.A.D.A.) book discussion group, the gathering is ideal for parents, caregivers and educators. Drop in for a single event or attend the whole workshop series. A children’s activity, ideal for ages 3 to 8, accompanies each workshop.

Celebrating Black History Month in Film, Time TBA
@Black American West Museum & Heritage Center
On two Wednesdays during Black History Month, the museum is presenting documentary films. On tap for Feb. 22, is a short documentary about the early Black West and historian Paul Stewart, including how he got started collecting and documenting this history. Next, “Project 75 The Mile High Society” looks at the National Medical Association’s program to increase the number of blacks and people of color in all areas of medicine. A specific goal was to realize a 12-percent increase in the number of people of color certified as doctors by 1975, as that was the year of NMA’s 75th anniversary.

Family Free Day: Celebrating Black History Month, 2 p.m.
@Parker Arts Culture and Events Center
Parker Arts has an afternoon of free fun planned. From 2-4 p.m., expect a craft for kids, art exhibit reception, and entertainment by comedian Sam Adams, DSA Youth Jazz Ensemble, Black American West Museum & Heritage Center, and Stafford Hunter Jazz Quartet. Food will be available for purchase from Big Jim’s Barbeque. At 4 p.m., popcorn and the movie “Akeelah and the Bee” are on tap. The inspirational film is about an 11-year-old girl from south Los Angeles who has a gift for words, participates in the Scripps National Spelling Bee, and overcomes difficult challenges along the way.

Black History Live Tour featuring Rosa Parks
@Multiple Denver metro locations along with Platteville, Greeley, Erie, Fort Collins Cañon City and more held at various times
One of the most prominent figures in black history is coming to Colorado through the efforts of Colorado Humanities and various Front Range communities.
National humanities and Chautauqua scholar Becky Stone will portray Rosa Parks, who demonstrated how one woman through determination and strong will refused to give up her seat on a bus in Montgomery, Ala., in 1955. Her decision started one of the most significant pieces of American history: the Civil Rights Movement.

Celebrating Black History Month in Film, Time TBA
@Black American West Museum & Heritage Center
The first of three films being shown on Feb. 29 is “A Hue-Man Experience,” a short look at an African-American bookstore with the largest number of books by black authors. Next, “Ujamaa Holiday Market” addresses the struggle of small black businesses to keep their doors open in today’s world. The third, “The Civil Rights Peaceful Protests in Washington, D.C., 1963,” examines how nonviolent civil disobedience based on Christian beliefs started long before the 1963 peaceful protest, March for Freedom in Washington, D.C.