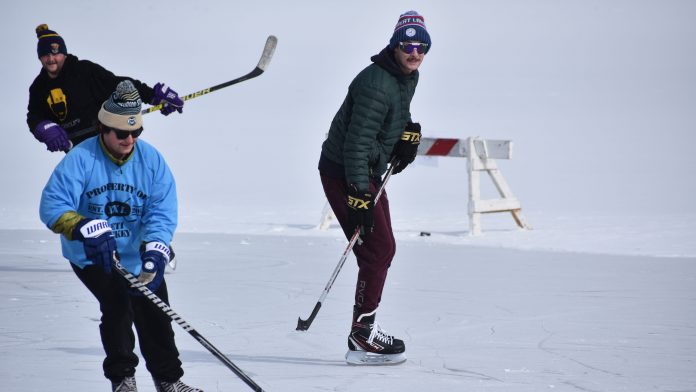 Cold snaps like we’re experiencing are nothing new in the historical weather picture for Fort Collins.

So if you’re wondering why this time the cold temperatures feel colder, it’s likely because such an event has been highly uncommon in the past two to three decades.

If we get to below zero Friday night — the forecast is around that number — it is very likely we will have four straight nights of below zero temperatures. Schumacher said that has only happened once since 2000 and that was in 2013.

And if Fort Collins reaches the National Weather Service’s predicted low of minus 11 on Sunday night, it will be the coldest temperature recorded in the city since minus 16 was recorded on Jan. 6, 2017, according to Colorado Climate Center data.

Schumacher said the reason for the rarity of such cold snaps in recent decades can largely be attributed to two things working together.

“The climate is warmer, so in general these really strong Arctic cold air masses are not as cold as they once were,” he said. “And some of it can be attributed to our urban heat island as Fort Collins has grown.”

Even though February is only Colorado’s third-coldest month on average behind December and January, respectively, it has produced the city’s and state’s most frigid days.

In addition to the cold, the forecast also calls for around 2 to 4 inches of fluffy snow, with the best chance of snow expected Saturday night into early Sunday morning. The northern mountains are looking at 6 to 12 inches of snow.

A week from now, this will be a frigid memory, with the forecast calling for a return to average February temperatures of around 43 degrees.

But to save you some headaches and money, here is the weather forecast and things you can do to prevent damage to yourself, your home and your pets:

Sunday: A 60% chance of snow mainly before noon with a high around 5. Cloudy and cold, with a high near 5. East southeast wind 6 to 8 mph and low around minus 11.

Take the bite out of frostbite

Saturday and Sunday wind chill indexes will result in the potential for exposed skin to experience frostbite in 30 minutes or less.

Avoid the pain by limiting time outdoors and covering all exposed skin when outdoors.

If you experience frostbite, do not rub the skin or place cold hands or feet in a tub of hot water. If your skin is numb, you might not be able to feel if the water is too hot. That could cause further damage.

The city has activated its emergency weather shelter plan for homeless residents through Monday. Triggers to implement the plan include a weather service forecast of daytime temperatures below 32 degrees, a winter storm warning issued or a wind chill warning issued.

When activated, the city adds locations where those experiencing homelessness can access warming shelters. Women are able to stay all day and overnight at Catholic Charities. The Blue Spruce Temporary Shelter, where men stay overnight, is not open during the day since the Food Bank for Larimer County does food distribution at the facility. The Murphy Center and Westminster Presbyterian Church will be open during the day for people to stay.

How to keep pipes from freezing

Keep garage doors closed, especially if there are water supply lines in the garage.

Open kitchen and bathroom cabinet doors to allow warmer air to circulate around the plumbing, especially if your sinks are on an exterior wall. If you have small children, be sure to remove any harmful cleaners and household chemicals.

Let cold water drip from a faucet served by exposed pipes. Running water through the pipe even at a trickle helps prevent pipes from freezing.

If you plan to be away during cold weather, leave the heat no lower than 55 degrees in your home.

For the long term, add insulation to attics, basements and crawl spaces.

How to thaw frozen pipes

If you turn on a faucet and only a trickle comes out, you may have a frozen pipe.

Heat the frozen section of the pipe with an electric heating pad, hair dryer, towels soaked in hot water or portable space heater, making sure to keep away from flammable materials. Do not use a heat source with an open flame as the high heat can damage the pipes or start a fire.

Once the water flows at regular pressure, check all other faucets to see whether you have additional frozen pipes.

If a pipe bursts, turn off the water at the main shutoff valve, which is usually at the water meter or where the main line enters the house.

Call a licensed plumber if the pipe bursts, you are unable to locate the frozen area, the frozen area is not accessible or if you cannot thaw the pipe.

How to protect your animals

Keeping your pet indoors is optimal. If they are outdoors, provide a draft-free shelter that is large enough to allow them to move comfortably but small enough to hold in body heat. The floor should be raised a few inches from the ground and covered with cedar shavings or straw.

Pets who spend a lot of time outdoors need more food in the winter because keeping warm depletes energy. Routinely check your pet’s water dish to make sure the water is fresh and unfrozen. Use plastic food and water bowls.

Exposed skin on noses, ears and paw pads are at risk for frostbite and hypothermia during extreme cold snaps. Short-haired dogs often feel more comfortable wearing a sweater — even during short walks.

Rock salt and other chemicals used to melt snow and ice can irritate the pads of your pet’s feet. Wipe all paws with a damp towel before your pet licks them and irritates their mouth.

Warm engines in parked cars attract cats and small wildlife that crawl up under the hood. To avoid injuring hidden animals, bang on your car’s hood to scare them away before starting your engine.

Be sure your horses have access to a barn or a three-sided run-in so they can escape the wind and cold. While not all horses will need to be blanketed, blankets will help horses keep warm and dry, especially if there is snow. If you’ve body-clipped your horses, keep them blanketed throughout the winter.