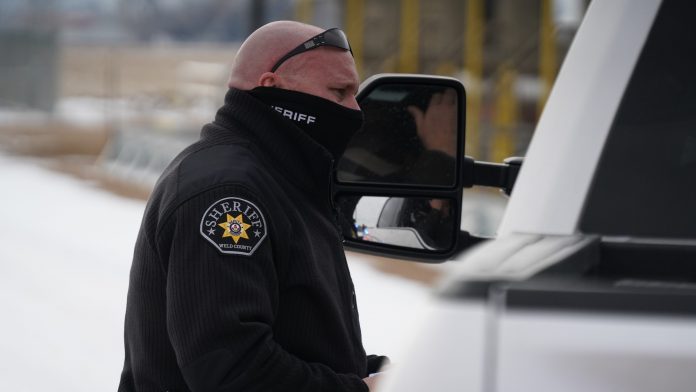 Seven of the deadliest stretches of highways in expansive Weld County have seen fatalities drop nearly in half as the result of a joint crackdown by the sheriff’s office and Colorado State Patrol.

That reduction is significant because those 250 miles of roads accounted for half of Weld County’s fatal crashes and the county generally ranks in the top five Colorado counties for fatal vehicle crashes despite its rural characteristics.

The two law enforcement agencies looked at data and in late 2019 decided to join forces in what internally is called the Safe Rural Highways Effort.

The effort focuses on:

“As we continue this experiment, we are very optimistic that in 2021 this reduction becomes the new normal in Weld County,” Colorado State Patrol Troop 3A Capt. Ian Whittington said.

The beefed up enforcement also resulted in a 40% reduction in fatalities throughout Troop 3A’s patrol area in the county, from a five-year-average of just over 30 fatalities to 18 in 2020. Deputies and troopers increased traffic citations by 120% and traffic contacts by 90% compared with last year.

It is unknown how much reduced traffic due to COVID-19 affected those numbers.

“This wasn’t a ticket writing campaign,” Whittington said. “Nobody likes getting pulled over, but when enforcement levels increase, highways become safer. And safe highways save lives.”

The effort didn’t include additional resources but instead greater efficiency from the two agencies working together. Weld County Sheriff’s Office has 86 deputies assigned to patrol duties, while the state patrol has about 30 to cover the county, which at 4,000 square miles is the third-largest in the state.

Roadwork:North I-25 Express Lanes Project: What you’ll see in 2021

Twice per month, troopers and deputies partner to focus on a particularly dangerous stretch of highway or an identified high-crime area using high-visibility traffic enforcement.

This year, one of the high crime areas included the southern portion of the county between Brighton and Fort Lupton, which has been plagued with burglaries, thefts and stolen vehicles.

“After two missions this year, we’re already seeing the positive effects high-visibility enforcement has not only on making the highways safer, but also as a crime reduction tool,” said Alan Caldwell, captain of Weld County Sheriff’s Office’s patrol division. “During one of our missions this year we actually contacted someone who had been on our radar to cease his work (crime) cycle. We are getting the results we expected.”

Whittington said the state patrol will look at similar other partnerships around the state. He said state patrol works closely with the Larimer County Sheriff’s Office, concentrating efforts on highways around Horsetooth Reservoir, U.S. Highway 34 in the Big Thompson Canyon, Red Feather Lakes area roads and U.S. Highway 287 from Fort Collins north to the Wyoming border.

Here are the number of traffic stops and citations issued by law enforcement over 250 miles covering seven stretches of Weld County. Note: The below data was not released for the stretch of U.S. Highway 85 south of LaSalle.

Reporter Miles Blumhardt looks for stories that impact your life. Be it news, outdoors, sports — you name it, he wants to report it. Have a story idea? Contact him at milesblumhardt@coloradoan.com or on Twitter @MilesBlumhardt.