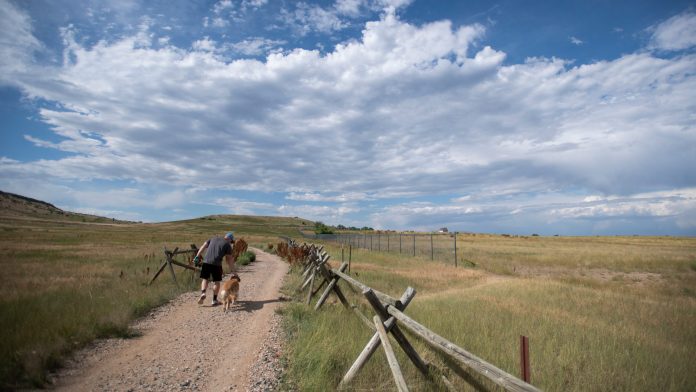 Fort Collins’ Hughes Stadium land ballot measure has attracted about $43,000 in political contributions both for and against the measure.

Dueling issue committees have been spending money on mailers, advertising and other campaign materials related to the measure, which would require the city of Fort Collins to zone the former Hughes Stadium site as 100% open lands and attempt to purchase it from the Colorado State University System.

Friends of Hughes Open Space, the issue committee advocating for the ballot measure, has raised $13,283 as of the filing due March 23. The group is associated with initiative-sponsor PATHS (Planning Action to Transform Hughes Sustainably), which donated $2,138 to the committee. Mayor pro-tem Ross Cunniff donated $2,060 to the committee. It has spent $8,804, primarily on texting, banners and yard signs.

Fort Collins election 2021: Get to know the candidates and the issues

The opposing issue committee, Stand With CSU, has raised $26,875 — all from Citizens for a Sustainable Economy, a group associated with the Fort Collins Area Chamber of Commerce. The chamber opposes the ballot measure.

Stand With CSU has spent $26,704 on digital ads and mailers opposing the Hughes ballot measure.

Campaigning related to the Hughes measure has been the subject of at least two election complaints and an anonymous mailer that appears to violate campaign finance law.

A number of Fort Collins residents received texts containing a poll related to the Hughes measure. The text stated: “Colorado State University is planning to redevelop the site of the old Hughes Stadium football stadium for attainable housing and childcare for staff and students for open space. Do you support: Reply 1 for CSU’s right to do what it wants with its property … Reply 2 for forcing CSU to sell its land to the City of Fort Collins for open space. … Reply 3 for undecided.”

The ballot measure wouldn’t force CSU to sell its land; it would require the city to make a good-faith purchase offer.

Moreland filed a complaint arguing that Citizens for a Sustainable Economy should’ve reported the spending on the text poll because of the leading nature of the poll options. The City Clerk’s Office found no violation and closed the complaint.

In her complaint about the independent expenditures, Moreland said the individuals should’ve formed a political committee, which would require a donation cap of $100 per contributor. That complaint remains open.

The Coloradoan reviewed photos of an anonymous mailer advocating for the Hughes ballot measure. The mailer, which included no return address and no “paid for by” disclosure, includes a cartoon depicting council member Emily Gorgol being hypnotized as well as some misleading statements that imply the CSU System is being dishonest about its intent to build affordable and attainable housing on the Hughes site.

It’s not clear how many residents received the mailer.

The Coloradoan has received numerous questions about whether CSU is guaranteed to put affordable and attainable housing on the Hughes site if it is able to follow through on its development plan. Reached Monday, project lead Brett Anderson said the university system plans to retain the land that an estimated 200 apartments would sit on and enter an operating agreement with a third party. That contract would include a legally binding clause requiring all the rental units to be provided for people making 80% or less of the area median income. CSU is taking a similar approach to its in-progress housing development near Timberline Church.

The proposed 462 for-sale homes on the site are expected to be priced at or below market value, with a percentage of them priced attainably for people making between 80% and 120% of the area median income, Anderson said. The CSU System plans to work with Lennar Homes to develop some townhomes or paired homes that would naturally fit that price point, and they are considering deed restrictions for some of the for-sale homes to ensure they’re attainably priced for a set period, Anderson said.

Proponents of the Hughes ballot measure have expressed skepticism about CSU’s plans, pointing out there’s no contract in place yet. They want the site preserved as publicly accessible open space and used for a wildlife rehabilitation center.

Editor’s note: This story was clarified on March 30, 2021 to note that a portion of the for-sale homes at CSU’s Hughes Stadium development are expected to be priced in the “attainable” range, meant to be affordable for households making between 80 and 120% of the area median income.