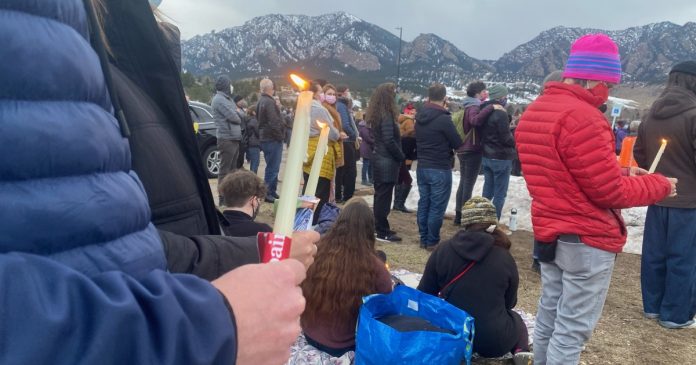 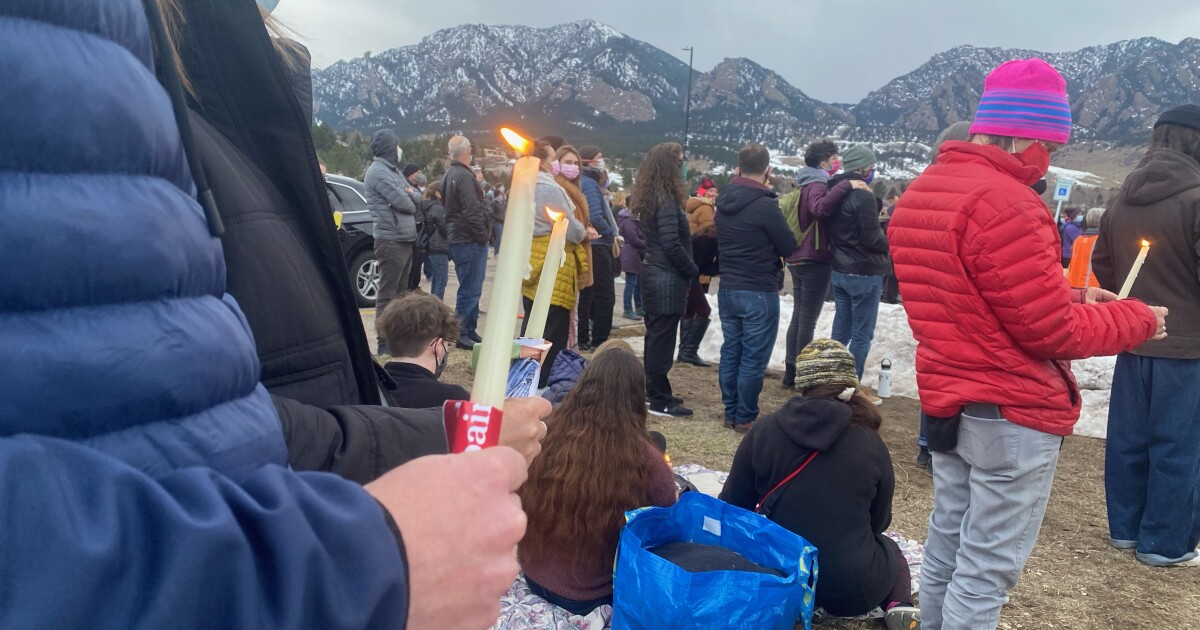 BOULDER, Colo. — Hundreds gathered at Fairview High School in Boulder for the largest vigil yet to mourn the 10 lives that were taken in Monday’s shooting at the Table Mesa King Soopers.

“We are just here to support all the families and to show our appreciation and love for our community,” attendee Monica Augustine said. “To let the people who lost loved ones know that they are not alone.”

The vigil was organized by Moms Demand Action. The group was created after the Sandy Hook Elementary School shooting in Connecticut to advocate for gun reform laws. The organizer said they will soon push for gun laws in Colorado, but that was not the purpose of this gathering.

“When we are feeling bold, we will act,” said Nicole LiaBraaten, a volunteer with the Colorado branch of Moms Demand Action. “Tonight, the action that we are taking is to come together to support one another and honor the lives of the 10 victims that were taken through this senseless act of violence.”

U.S. Congressman Joe Neguse, who represents Boulder, also spoke, saying that he would would push for new gun laws as well.

“It has been a devastating week for Boulder, Colorado, and I know many of us are still in shock — in disbelief, about the tragedy that happened just a few days ago,” Neguse said. “We can change the laws, we can work to save lives to protect our communities to ensure that violent tragedies like those that happened this week wont happen again. And I promise with all the public servants here that we will work to make that a reality.”

Editor’s note: A correction was made to clarify that Moms Demand Action was created after the shooting at Sandy Hook, not the one at Parkland.