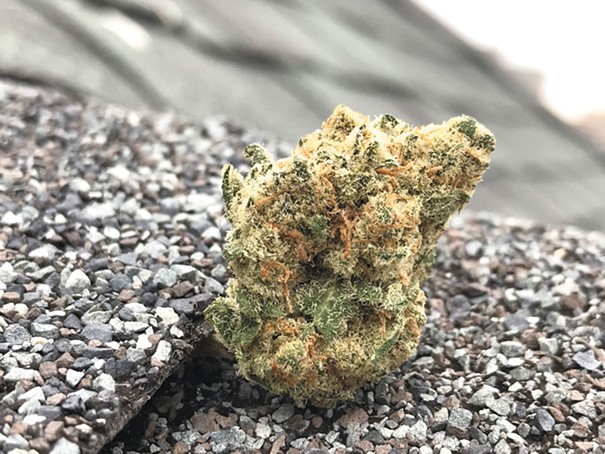 The prohibition of cannabis did unmistakable and almost unfathomable harm. And yet the outlaw nature of its consumption also created a confederation of consumers, an underground band of brothers and sisters who partook. When you discovered that an old friend or family member was a toker, a renewed clandestine bond formed between you. Because it was illegal, you had to have some small degree of trust in the people you toked with.

I learned that early on when I and three other guys who were burners, but not real buddies, got pulled over by the cops ditching school and burning bowls. We were driving by the school parking lot when we got stopped and everyone was out at lunch, so it was a very public affair. I was driving and the other three guys, who were pals with each other, blamed everything on me. I went to jail. They did not.

Now that jail is no longer such a worry, one would hope that the clandestine love that one used to feel could extend to the whole world and we could share in some communal merriment. Ha. As I recently reported in the The Baffler, even the boss right-wing propaganda outlet Sinclair has gotten into the bud business.

Still, a lot of people feel a certain sense of community with other consumers and, like gardeners or winemakers, like to share their wares. The problem is, some folks only like to accept a toke after they’ve been drinking or are in some social situation and they’re not used to it and it turns out bad.

Because so many strains are so much more potent than they used to be, a strong toke off a high-THC strain, or a nearly pure THC pen, might leave an unsuspecting friend wigging out, as it were.
Hurkle is an ideal house-bud to keep around for such occasions. The roughly 1:1 CBD-to-THC ratio keeps things chill in this hybrid of Harlequin — a CBD-heavy, Sativa-y strain — and Querkle, a hard-hitting Indica variety. The CBD relaxes and uplifts while the Indica calms and soothes, and the overall effect is a pleasant, classic high. It won’t blow your mind or push you too far in any one direction, neither drooling on the couch nor scrubbing the grout between your tiles, but going about your business of leisure or medication in a smooth, eminently palatable way.

Likewise, this strain isn’t particularly beautiful to look at, though the nicely formed buds are fine and bright green, covered with white and red hairs, and its nose is not particularly pronounced, with subtle but overall pleasant hints of coffee and minty toothpaste. If Hurkle were a president, it would be Barack Obama — a winning moderate who still seems dangerous and communistic to certain factions who imagine radical leanings. But after seeing folks get as paranoid as Rudy Giuliani or Devin Nunes on some super strains, Hurkle is what you need in your weed cabinet, if not on your presidential ticket. If it were jazz, it would be Miles Davis’ Kind of Blue, something even your non-jazzbo buds might get down with, but no less great for all that.

Freaking out when a crazy person approaches you: 1