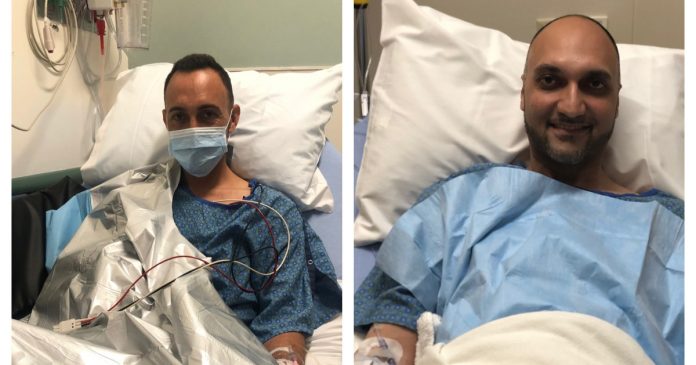 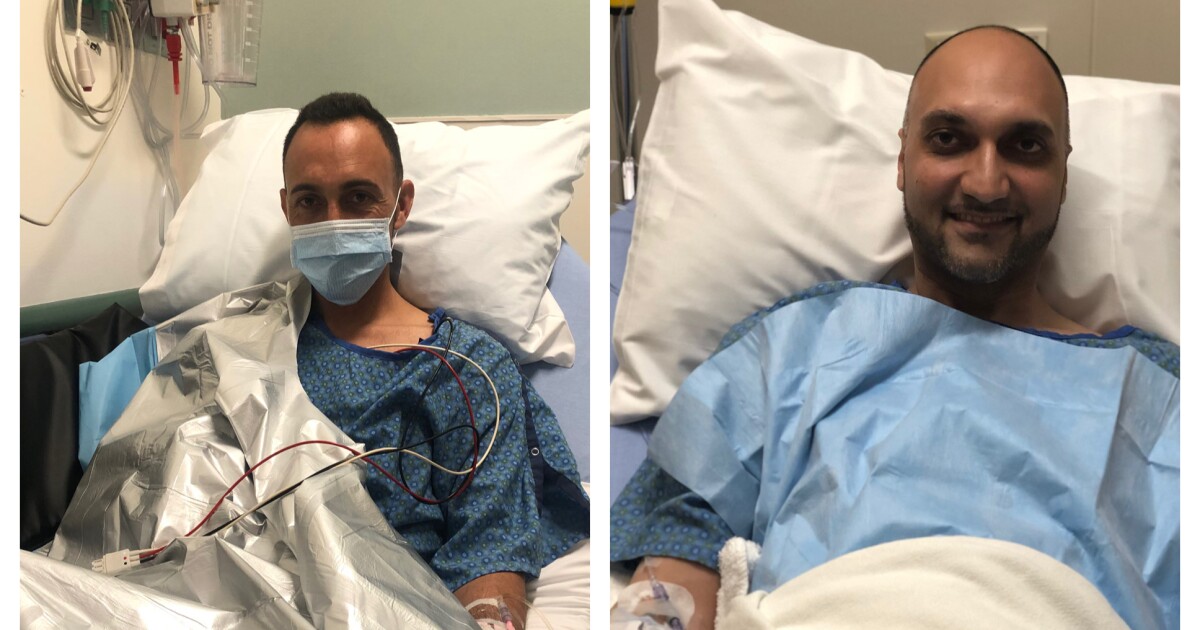 THORNTON, Colo. — Two brothers battling cancer are searching for a lifeline after being told there’s no cure for their diagnosis.

In July of 2019, Zubir Safi, 38, was diagnosed with stage 3 colon cancer, and it rapidly escalated to stage 4. His oncologist told him he had 20-30 months to live with chemotherapy, but he said his body stopped responding to the treatment.

“I always feared cancer,” Zubir said. “I asked my oncologist what caused this? She said, ‘you just won a lottery from hell.’”

The husband and father of three, a 7-year-old and 3-year-old twins, said some days his pain is unbearable, but he continues to fight for his family.

Safi is one of seven children and in March of 2020, Zubir’s older brother Seyer Safi, 40, was diagnosed with sphenoid sinus carcinoma, a rare cancer.

“They immediately pretty much told me that I have six to eight months of life left,” Seyer said.

He said he’s doing better than doctors predicted and does his best to stay positive.

“I’m all love, like a hippy,” Seyer said with a laugh.

He believes his humor is helping his health.

“I can say ‘I give up,’ or I can start enjoying the last moment and smiling with my children,” Seyer said.

The brothers worked at Nations Auto off Colfax Ave. in Lakewood with their youngest sister, Nadima Safi. The three ran the family business, but the brothers are now too weak to work.

“I grew up really, really close with them,” Nadima said. “We grew up like triplets.”

She now struggles to stay focused at work and admits it feels lonely without her brothers.

“It’s very excruciating to see them go through the amount of pain that they have to endure,” Nadima said.

In less than two years, the brothers and their father were diagnosed with cancer. Their father died in November of bladder cancer, less than six months after his diagnosis.

“I just feel like I’m stuck in an ongoing nightmare,” she said. “It’s a lot. I feel like I have a million pounds on my shoulders.”

Nadima said doctors have told them family the cancers are not genetic.

The family has been financially providing for the brothers so they can focus on their health and their family.

Doctors have told Seyer and Zubir Safi to begin preparing their families for their absence. On Wednesday, Zubir’s doctors said his condition was worsening.

“He told me that there is pretty much nothing he can do and that the cancers has metastasized all over my abdominal muscle,” Zubir said.

The tumors are aggressively growing, and his doctor says surgery is not an option.

“He’s afraid to even do surgery because the cancer will grow through the incisions,” Zubir said.

Zubir and Seyer are hoping to raise $150,000 to help care for their family and seek a second opinion from doctors. They say they’re willing to embark on a trial if it means more time with their family.

“If there is just a surgeon out there that is willing to take my case,” Zubir said.

“If I can get medical help and they figure out a solution or give me hope, I’m here for my children,” Seyer said.

They both admit, they’re scared. Zubir prays and believes in miracles, but he feels like hope is slipping away.

“I ask God, take one of us. Please don’t take both,” Zubir said.

Immediate family said all they can do is cherish their time together and take it day by day.