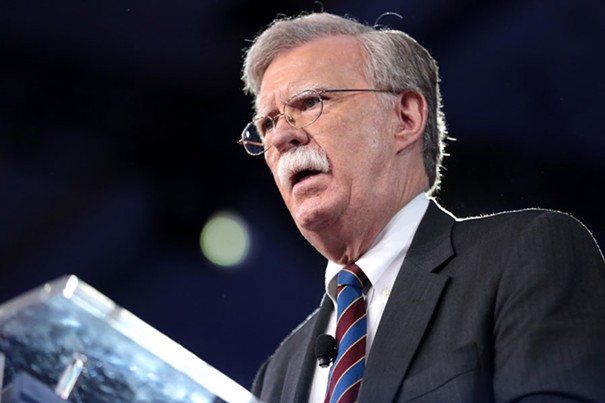 Now that the Senate impeachment trial of one Donald J. Trump is actually upon us, I’m preparing myself for long days with C-SPAN, for the onslaught of truth-challenged Trumpian tweets, for the name-calling that will likely reach record decibel levels, for Jason Crow’s big debut on the national stage, for the unlikely, made-for-SNL return of Clinton-hounding Ken Starr as Trump defender and, yes, for the inevitable letdown once it’s over.

There’s an obvious question here for anyone who wanted to see the House impeach Trump for high crimes and misdemeanors and also, of course, the cumulative evidence of Trump’s lack of fitness for the job.

And it’s this: What exactly would now constitute victory for anti-Trumpers and never-Trumpers and just-plain-sick-of-Trump-Trumpers?

It can’t be conviction and removal because that is not going to happen. Even the Houston Astros couldn’t make that happen. Everyone knows the score by now, just as everyone knew it during the Clinton impeachment trial. You’d need 20 Republican senators to abandon Trump for him to be convicted. There’s a better chance that 20 will invite Lev Parnas to lunch.

We can talk — or more likely laugh — about the oath the senators took to be impartial. A close look at the approval ratings of Trump by party — last Quinnipiac poll I saw had Trump’s approval at 3 percent among Democrats and 93 percent among Republicans — makes clear that impartiality will be the first casualty of this impeachment trial. Did you see the 9News clip of Cory Gardner at the airport being asked about impeachment witnesses and, of course, dodging the question? He cited the impartiality oath, as if that were an answer.

Meanwhile, TV pundits were pretty much unanimous in saying how moved they were while watching the House managers’ ceremonial hand-off of the articles of impeachment to the Senate. And how the seriousness of the moment could not be overstated. I have to admit I wasn’t moved at all. Dignity is a dead letter in the Trump era, which was far better framed by those House Republicans who brought their cell phones with them on the phony-baloney raid on that secure room — a SCIF, remember? — where other House members were conducting a deposition. You think they were serious?

I can remember early in the pro-impeachment movement when some would actually say that once the evidence is laid out, the public would certainly demand that Republican senators vote to remove him. That must have been before the Mueller report when the attorney general lied about the report’s findings, which were pretty damning, and the public, uh, yawned. And before Bob Mueller had his snooze-fest public hearing when even I yawned. And certainly before every Republican in the House voted against impeachment.

So, if not conviction and removal, what? Can anti-Trumpists somehow win the impeachment trial while still losing?

Will laying out the evidence — presumably before a large and attentive audience — effectively put the lie to Trump’s constant lying and worse? Will the non-partisan Government Accountability Office (GAO) conclusion that the Trump administration broke the law by withholding congressionally approved military aid to Ukraine change anything? What about the media reports that put Trump at the center of withholding the money? And what about Parnas and the rest of the mondo-bizarro Rudy gang? Can Adam Schiff successfully make the case for the public, if not for the Senate, that Trump must go?

I once naively argued that if three or four Republicans voted to oust Trump it would be a huge psychic blow that would haunt him every day until at least Election Day. I don’t know what the over-under is on GOP defectors today, but I’m guessing maybe one — and I’d still take the under.
So, witnesses and documents? The way it looks now, that vote may be the entire ballgame. Trump’s contempt of — and contempt for — Congress is a slam dunk. Obviously, he obstructed the investigation at every turn. He withheld all the documents he could and blocked every witness not brave enough or loyal enough to resist him.

And abuse of office? I mean, the rough transcript of the infamous July 25 phone call tells us pretty much all we need to know. The evidence of quid pro quo, while possibly lost on many who either aren’t lawyers or didn’t take Latin, could hardly be more clear. Those diplomats and other officials who defied Trump’s orders and testified before the House committees, putting their jobs at risk, laid out what I’d argue is an inarguable case against Trump.

Assuming we do get a vote on witnesses and documents, Democrats need four Republicans to side with them. If I were forced to hazard a guess, I’d say there will be some witnesses, but I would not be at all surprised if there aren’t. Personally, I’d gladly trade Hunter Biden’s testimony for John Bolton’s and Mick Mulvaney’s. But that’s just me.

Let’s say that Trump has asserted executive privilege and Bolton either ignores it or Chief Justice John Roberts determines that testimony needed in a trial to remove a president overrules executive privilege. How many Republicans would vote to overrule Roberts? Would that constitute a victory?
And here’s a thought: Would Trump give up the many likely damning documents even if the Senate voted that he had to? I wonder. It’s one more chance for a constitutional crisis.

The fallback position for many Trump defenders — and Senate enablers — will be that whatever he did, no matter how despicable (my description, not necessarily theirs), it doesn’t rise to the level of removing the president from office. It’s the Senate Republican take on Trump’s infamous Fifth Avenue shooting scenario.

As for winners and losers in the impeachment trial, there will be many post-trial polls, but I don’t think we’ll really have an answer until Election Day. By that time, Democrats will have presumably settled on a nominee, and millions of the fortunate un-purged voters will have the opportunity to render the final verdict — unless, of course, they’re overruled again by the terrifying specter of the Electoral College. But we’ll save that crisis for another day.