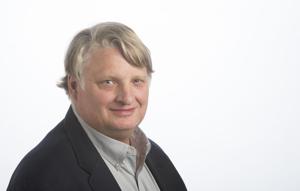 To play or not to play, that was what the coach was asking my son’s basketball team. They’d just heard on a Sunday that one of their teammates had lost his life, an apparent suicide, and amid their grieving and shock they had to decide right away whether they would play their game Monday night.

The coach and the school was leaving it up to them. Many of us parents were not at all sure that was a good idea. But the team met and decided it would do honor to their teammate to play.

That night, when I walked into the gym, I wasn’t sure what to expect. A friend of ours who is a psychologist volunteered his services for the boys and talked several of them through their early stages of grief. He came to see the game, too, as did pretty much the entire student body and many of their parents. The gym was packed.

The last person announced during starting lineups was the missing player. The overflow crowd gave him a standing ovation that lasted more than a minute. The team started the game with only four players on the floor instead of five, in deference to their missing teammate. During the intense, emotional, back-and-forth game, I saw my son wrap his arms around another who was weeping openly. I saw friends in the crowd wave signs in honor of their lost teammate: “We Will Remember.”

That packed gym and the coming together of that school is emblematic of what Colorado Springs and this state can do, I think, in response to the mental health crisis in our midst.

For the past year since that game, The Gazette has been intensely reporting a series of stories about Colorado’s broken mental health care system. A team of Gazette journalists found that nearly 450,000 Coloradans aren’t being treated for mental illness, a singular crisis that lies at the root of so many others: homelessness, poverty, substance abuse and violence. In one study, Colorado ranked 48th out of 50 states in mental health services for children.

• Hospital emergency rooms have become the primary first stop for mental health crises in Colorado, in large part due to a lack of accessible providers. More than 50,000 visits to Colorado emergency rooms during the past three years were primarily caused by mental health needs, adding up to more than $76 million in costs. The top 5 reasons people go to UCHealth emergency rooms are related to behavioral health.

• Colorado children are routinely transferred by expensive ambulance or airplane trips to institutions in other states because of a lack of in-state beds.

• The biggest mental health institutions in the state are prisons and jails. More than one-third of prison inmates have moderate to critical mental health needs — a far higher rate than that of society as a whole. Four out of five women in our prisons have a mental illness.

• Twenty-two of our rural counties don’t have a licensed psychologist.

Our reporting has been deepened by first-hand, harrowing accounts of personal and family ruin that individuals trying to navigate the system have courageously shared with us in hopes of destigmatizing mental health and helping others.

At its best, a newspaper is a community organizer as well as a truth teller. So we’ve also been focusing on solutions that might come as state officials and community leaders sharpen their focus on the crisis.

We’ve sent reporters to Chicago, Texas, Miami and the far corners of Colorado in search of models that the whole state might emulate. We’ve conducted multiple town halls to bring community members and experts in mental health together to raise awareness of the crisis and lay the groundwork for solving it.

Working in parallel with our journalism, our philanthropic branch, Gazette Charities, has formed a consortium of mental health experts to push for programs that our reporting has pointed toward as solutions.

The coordinated effort has begun to bear fruit. Soon after the series started, Gov. Jared Polis announced a statewide Behavioral Health Task Force to evaluate the gaps in the system and create a statewide, strategic blueprint to reform the system top to bottom. Polis told a member of our editorial board that the series is “shining a light on a problem, demystifying it and explaining it for the general public.” He said the series has informed the task force, “elevated the issue for members of the Legislature, and will help lead toward real change.”

In the midst of our series, Aurora-based UCHealth announced a sweeping $100 million initiative to combat the state’s mental health crisis, with programs that will embed mental health professionals in primary care offices and ERs, expand virtual care, and ultimately see the opening of an inpatient behavioral health unit at the University of Colorado Hospital in the east Denver suburb.

The Denver Foundation recently followed suit, announcing $8.4 million in grants through its Colorado Health Access Fund to nonprofits providing mental health services. Another $50 million may be additionally available, as UCHealth has also offered $25 million in challenge grant money—an invitation to other donors.

A massive community prevention effort in Colorado Springs led to a 46.7 percent decrease in the teen suicide rate as the rest of the state increased by 58 percent.

We expect a host of bills to be introduced this coming legislative session to improve mental health services and access as local legislators such as Sen. Pete Lee and Sen. Bob Gardner make the cause their own.

Can we win this? I don’t really know, but I do know this. My son’s basketball team by sheer force of emotional will won that game that night, 81-79. We asked our children to do something they shouldn’t have to do, gave them some tools, and they went ahead and rose above. They began wearing yellow shoelaces, the color for suicide awareness, for the rest of the season and they made T-shirts to honor their teammate that said “Just Be Nice.”

The players, the coach, the athletic director and most of the school’s staff, addressed the death head-on and with raw emotion.

“This is a real fragile time and there’s a whole lot of looking for reasons and seeking to understand,” the athletic director Kris Roberts told one of our reporters, Danny Summers.

“This is not easy,” Coach Elgin Fitzgerald told Summers. “Just being open and honest with the team and telling them how I feel. And making sure that they know it’s OK for them to feel the way that they feel.”

Player Javonte Johnson put it this way. “This (victory) was a must.”